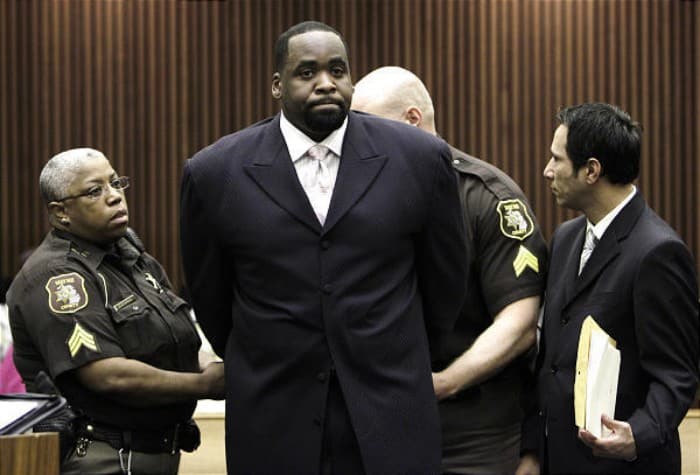 Yes, Donald Trump is corrupt, but it’s safe to say that most of his lies and deceptions were executed in a desperate attempt to salvage his reputation. The man’s ego is his worst enemy and most dangerous trait as the president, but there are some politicians throughout history that were far worse. They may not have lied through their teeth on Twitter or been accused of sexually assaulting dozens of women, but in terms of politics, they’re far worse. These corrupt politicians give Trump a run for his money.

The former mayor of New Orleans was the face of Hurricane Katrina in the media, but behind the scenes, Ray Nagin was taking advantage of the desperate situation people were in. While those affected by the hurricane were desperately trying to get their lives back together, Nagin accepted $500,000 in bribes from contractors in the form of cash, vacations, and supplies for the business he owned with his two sons. In return, Nagin guaranteed them high-paying jobs after the hurricane making repairs and building the city back up.

Additionally, Nagin used his power as mayor to steer redevelopment work toward his family business, while the people who looked up to him most were starting over with nothing but the clothes on their back. He was rightfully sentenced in 2018 to 10 years in prison for bribery, money laundering, and other acts of corruption.

Known as the most corrupt Congressman in history, Randy “Duke” Cunningham used his positions on the House Appropriations and Intelligence committees to give lucrative government contracts to those who would finance his extravagant lifestyle. He was given $2.4 million worth of 19th-century French antiques, yachts, Persian rugs, hunting trips, a Rolls Royce, and plain old cash.

It was even found out that Cunningham had a contractor purchase his San Diego home for twice its market value and then allowed him to live on their yacht rent-free. He ended up spending eight years in prison for charges of tax evasion and conspiracy to commit bribery, mail fraud, and wire fraud.

Louisiana can’t catch a break! Before Nagin screwed them over, Edwin W. Edwards had his way with them for four terms as Louisiana’s governor between 1972 and 1996. He was so corrupt that he actually beat 24 corruption cases before the 25th one finally nailed him. Like Trump, Edwards has an enormous ego and even said once that he couldn’t ever lose an election unless he was “caught in bed with either a dead girl or a live boy.”

Edwards spent over eight years in jail after he was convicted of 17 counts of extortion in 1998. He was found guilty of extorting millions of dollars in exchange for casino licenses. Only a politician would attempt a comeback after doing time behind bars. In 2014 he ran for Congress at 87-years-old with his 35-year-old wife and one-year-old son by his side. Ew.

Just months after Kwame Kilpatrick was elected mayor of Detroit, rumors of prostitutes and wild parties at the mayor’s mansion. An affair with an old girlfriend and his chief of staff led to the downfall of his career and he ended up spending several months in jail for lying about the affair. That was just the beginning of the end though.

Kilpatrick was charged with two dozen counts including those for tax evasion, mail fraud, funneling state grant money to his then-wife, racketeering, and extortion, just to list a few. He’s now serving a 28-year sentence that he attempted to get a pardon for from Trump last year. Surprisingly, Trump denied it. He might end up regretting that decision when Kilpatrick becomes his new cellmate.

Former Governor of Illinois, George Ryan, is best known for his involvement in the license-for-bribes scandal. After six people were killed and two were severely injured in a car accident, it was discovered through an investigation that the driver used a bribe to receive his license. Ryan tried to put an end to the investigation but it was discovered that he was involved and that the secretary of state’s office was giving licenses to unqualified truck drivers in exchange for money.

Years later, Ryan was indicted on 22 counts including racketeering, bribery, money laundering, extortion, and tax fraud. He was found guilty of obstructing justice in the license-for-bribes scandal investigation and keeping campaign funds for personal use among other corruptions. Ryan ended up spending over five years behind bars.

Former Ohio Congressman James Traficant was known in his prime for his unconventional way of saying whatever was on his mind. (Sound familiar?) He was accused of taking bribes, filing false tax returns, racketeering, and even forcing his aides to perform chores at his farm as well as on his houseboat, which led to his new reputation of being the second Congressmen in history to be removed from their position.

After defending himself in court, he was found guilty and went on to spend seven years behind bars. Imagine working for a member of Congress and being convinced that working on a farm is part of your duties. Hell. No.

Former Illinois Congressman Aaron Schock gave the corrupt politician look a makeover. Not only did he show off his abs every chance he got, but he spent hundreds of thousands of dollars of taxpayer money on transforming his office to look like the house in the show “Downton Abbey,” hired a professional photographer to take his Instagram photos, private jets to countries where he hung out with pop stars like Ariana Grande, taking his staff to a Katy Perry concert and more. The guy even used campaign funds to buy Super Bowl tickets that he later sold online.

Schock resigned from Congress and was later indicted on 24 felony counts in 2016. Even though he has consistently claimed his innocence, there was some obvious wrong-doing on his part. Luckily for him, Federal prosecutors in Chicago made a deal and agreed to drop all charges against Schock. To hold up his end of the bargain, Schock had to pay back the IRS and return $68,000 to his congressional campaign funds. Even though he’s as corrupt as they come, he hasn’t given up on his career in politics just yet.

Check Out These Amazing Women Running For President In 2020

The Michelle Obama Podcast was released on the 29th of July and can be streamed on Spotify, both for free and premium users. The world is currently hyped that the Former First Lady of the United States has released the first episode of her latest podcast. What made listeners even more excited was when she… END_OF_DOCUMENT_TOKEN_TO_BE_REPLACED

Research in Britain has deduced that there are a total of six “general” classifications of COVID-19 symptoms. The research, originally published in June of 2020, has revealed that the symptoms of COVID-19 can be generalized into six different categories. This is based on the data collected from a symptom tracking app. It has been widely proven… END_OF_DOCUMENT_TOKEN_TO_BE_REPLACED