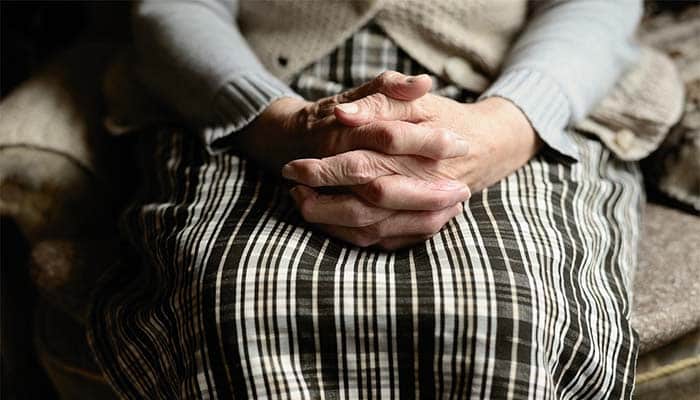 An elderly woman who has gone her whole life without feeling pain has been diagnosed with a rare condition at the age of 65.

Along with her inability to feel pain, the woman rarely gets scared or anxious, and may even possess advanced healing capabilities.

As well as her unusual diagnosis, the woman was found to have serious joint degeneration in her hip, which due to her condition had gone unnoticed.

And earlier this year, the unnamed pensioner from Inverness, Scotland, reported no pain after undergoing surgery on her hand, despite the procedure known for being particularly agonising.

Dr Devjit Srivastava, a pain and anaesthetics specialist at Raigmore Hospital, referred her to researchers at the University College London and the University of Oxford.

It was discovered that the woman had two mutations, including a gene crucial for pain sensation, memory and mood.

In tests, mice missing this gene have shown to suffer less pain and anxiety, as well as heal at a quicker rate.

And it appears this woman exhibits similar traits. In the past, she had not noticed burns until she could smell her flesh sizzling, while any injuries tended to heal swiftly.

She also received the lowest possible score on a routine anxiety scale, and told researchers that she never becomes alarmed, even in a crisis.

Dr James Cox, of University College London Medicine, said: “We hope our findings might contribute to clinical research for post-operative pain and anxiety.”

The moment he was inaugurated, immediate changes made by Biden made headlines across the country. These are many of the controversial issues and topics that were shunned and ridiculed by the former administration. Americans can finally breathe a sigh of relief that these concerns have finally reached government policies. It seems clear that Biden has been… END_OF_DOCUMENT_TOKEN_TO_BE_REPLACED

Presidential pardons are one and many in the history of the US. There are many times when US Presidents granted reprieves for their citizen’s misdeeds. The US President may grant a pardon for any individual, including himself, for any crimes done against the country and its citizens. This issue of Presidential pardons has been trending… END_OF_DOCUMENT_TOKEN_TO_BE_REPLACED