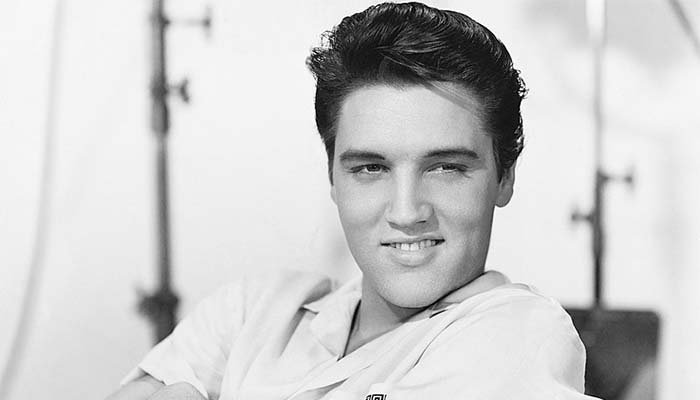 It’s been more than 40 years since Elvis Presley passed away, but rumours that the King of Rock ‘n Roll faked his death are as popular as ever.

From a guest appearance in 90’s classic Home Alone, to claims the hedonistic rocker ditched the celebrity life to become become a preacher in Arkansas, there’s plenty of reported “sightings” to fuel suspcious minds.

But just when we thought we’d heard every conspiracy theory going, a former policeman has come forward with “evidence” that The King hasn’t really left the building.

The veteran cop turned investigator claims to have seen photographs that prove the star’s death was a hoax.

Elvis died on the toilet on 16th August 1977, after years of drug abuse and binge-eating. He was only 42-years-old.

However, Monte Nicholson, who worked for the Los Angeles Sheriff’s Department for almost two decades, says shortly after Elvis’s supposed death, a man who alleges to have worked with the cultural icon approached him.

Describing the visit in the 1990 documentary The Elvis Files, the private detective said: “One day, he showed up at work and had pictures of Elvis Presley getting in a helicopter which looked like a government helicopter.

“There were men surrounding Elvis also getting into the helicopter who looked like what we often see depicted as government agents, with the blazers and the wire in their ear and what not.

“That pictured in itself was not particularly suspicious as it is common knowledge that Elvis himself was involved as an honorary police officer with many police agencies all over the country.

“The interesting thing, the curious thing about this pictured is that this individual claimed it was taken several hours after Elvis allegedly died.”

The encounter peaked his interest, so Nicholson contacted the man asking to view the images again.

At first, he denied having the pictures, before changing his tune and asking for money in exchange for showing Nicholson the photographs.

Nicholson set up a meeting with the man, but when he arrived at the scheduled time and location, all he found was an empty property.

Neither the mystery man or the photographs have popped up since, but the rendezvous was enough to inspire Nicholson to write a book on the subject.

Titled The Presley Arrangement, the book was released in 1987, with the aim of proving Elvis is still alive.

The world is devastated by the news that Britain’s Prince Philip, the Duke of Edinburgh, has died at the age of 99. Palace media confirms that the Duke has expired mid-day today, April 9th. The announcement did not contain any specifics on the cause of death. The United Kingdom will enter a state of national… END_OF_DOCUMENT_TOKEN_TO_BE_REPLACED

Who would have known that religious prophets would be among the most loyal supporters of former President Trump? In fact, it has been observed that the most conservative Christians may have been the right amount of push for Trump’s presidential win back in 2016. Since Trump’s election back in 2016, numerous self-proclaimed “prophets” have been… END_OF_DOCUMENT_TOKEN_TO_BE_REPLACED

President Biden falls and slips multiple times on the Airforce One Steps and PEOPLE ARE GOING CRAZY! What’s the big deal? Some people are hating, while others are making memes just for the fun of it. We are all human, aren’t we? Everyone’s expected to stumble some time in their lives. However, with the internet… END_OF_DOCUMENT_TOKEN_TO_BE_REPLACED