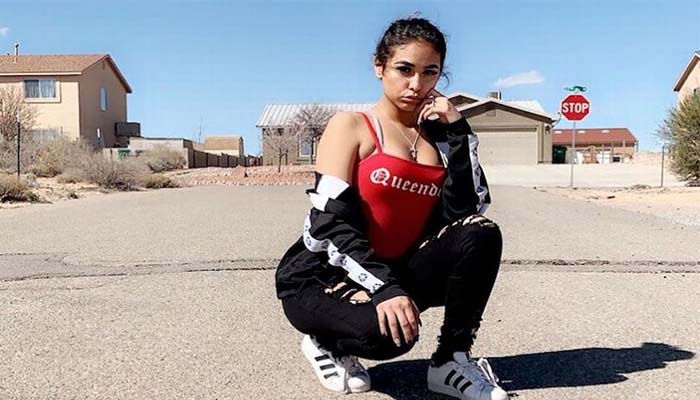 Remember self-proclaimed Ufologist Scott C. Waring? The guy who wants Elon Musk to help him prove the existence of aliens?

Well, the conspiracy theorist is making the rounds on the web again this week, with claims that aliens photobombed an Instagram user.

On his site, UFO Sightings Daily, Waring shared a snap of the woman from New Mexico in which believes can be spotted.

He explained: “A person was taking photos with friends in New Mexico last week when an metallic object flew past in the back ground.

“The UFO was caught in just one photo, but it was enough.

“It looks as if she was taking Instagram photos or photos for some other social sharing network when they accidentally caught this alien craft.”

Although the “UFO” in question looks a lot like a drone, Waring is convinced the object is from out of this world.

He continued: “When I made a close up photo of the UFO I didn’t see any wings, propellers, windows, to indicate it was a plane or jet.”

Unsurprisingly, not many people are buying the alien theory, including fellow Ufologists.

In a conversation with the Mirror Online, Nigel Watson, who penned
UFOs of the First World War, said: “Since the object is so far away it is hard to determine any significant details.

“As it looks metallic it is possibly a mylar balloon. These can move quickly as they are quite small and at a higher altitude the wind could be a lot stronger than at ground level where the picture was taken.

“Based on this I don’t think it is an alien spaceship photobombing this picture.”

UFO Under Investigation In Ireland After Multiple Sightings

The Blood Test, The Swab Test, and The Saliva Test      Essentially, there are three general types of COVID-19 testing produced so far. One is the rapid test, the second is the saliva test and the other is the swab test. The rapid test (also known as the anti-body test) uses blood samples. The swab test… END_OF_DOCUMENT_TOKEN_TO_BE_REPLACED

The COVID-19 pandemic is one of the biggest modern pandemics known in history. Currently, there are more than five million confirmed cases in the world, with a total of 333,000 deaths. A total of 1.6 million of these confirmed cases are in the US alone. The world is currently in a race of finding a… END_OF_DOCUMENT_TOKEN_TO_BE_REPLACED

Despite concrete data and research, people’s opinions will always be diverse when it comes to a variety of topics including religion, politics, gender, and more. Denial is a common reaction to many important discussions and serious world events. The COVID-19 pandemic does not differ from any issues and is subject to opinions from critiques all… END_OF_DOCUMENT_TOKEN_TO_BE_REPLACED

Back in January, when the Wuhan, China coronavirus broke out, it didn’t make it to the front page of newspapers, in print or virtual form. Today, January feels like a lifetime away. Like it or not, people around the world have adapted to the new normal – staying at home, frequent hand washing, and social… END_OF_DOCUMENT_TOKEN_TO_BE_REPLACED

Since the beginning of the year 2020, the whole world has been stupefied by the rapid spread of a deadly coronavirus known as COVID-19. World superpowers in the West were unable to prevent the virus from reaching their borders. Because of this fact, the novel coronavirus COVID-19 became a world-wide pandemic no less than three… END_OF_DOCUMENT_TOKEN_TO_BE_REPLACED

For months since the start of 2020, the attention of the world has focused on immediate response efforts to contain and combat the novel coronavirus, also known as COVID-19. The deadly virus has pushed millions of people into isolation.  This kept people in their homes for weeks and months away from their work, their friends,… END_OF_DOCUMENT_TOKEN_TO_BE_REPLACED