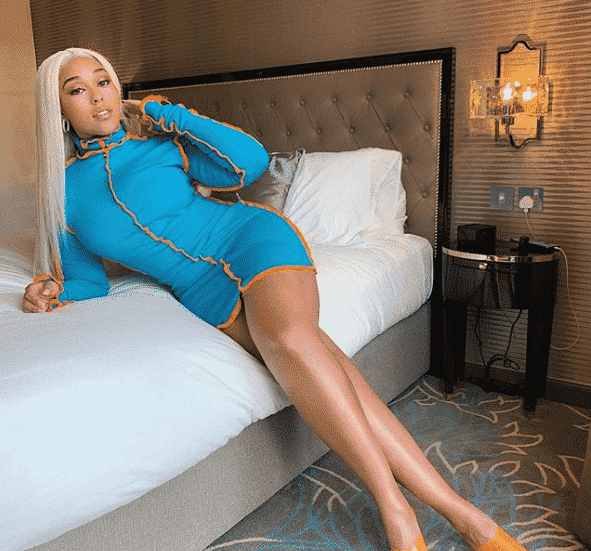 After the drama with Kylie Jenner’s family, some girls at Jordyn Woods’ age would brand life as “over”. Even Kim Kardashian made it vocal that she needs to go.

Here’s her latest Instagram video since her latest kerfuffle with Khloe’s main squeeze:

But before I get ahead of myself, let’s go back to where it all started

The rise and spectacular fall of Jordyn Woods

As a 21-year old model, Jordyn has gone far. She is one of the highly-praised “plus-size” models. And for all that she is, she has attracted millions of followers on Instagram.

She stepped into the social media scene wherever Kylie made waves. You got that right – they were best friends.

Their friendship started when she moved to Calabasas at age 13. She met Jaden Smith who then introduced her to Kylie. And from then on, they stood beside each other.

As it appears, they had an inseparable bond. They latched on to each other and seemed to be the very definition of soul sisters.

Kylie’s family, the Kardashians, even started seeing Jordyn as one of them. They gladly welcomed her into their nest and things were peachy.

But then they weren’t.

On February 19, 2019, news got out that she went “Judas” on the famous Kardashian clan. Particularly, she betrayed her then-best friend’s older sister, Khloe.

According to the evidence, she hooked up with someone from the Cleveland Cavaliers. And that dude happened to be Khloe’s then-boyfriend, Tristan Thompson. And apparently, that hookup wasn’t the first. As it appears, they had been together for about a month before their scandalous stunt became public.

What makes the situation worse? Khloe is pregnant with Tristan’s baby.

After a quick look at the Khloe and Tristan relationship timeline, you will know a secret. It will reveal to you this is not an isolated case. Tristan has cheated on Khloe with multiple women in the past.

So from an outsider’s point of view, it can be easy to put a verdict on this: Tristan is where the blame goes.

He’s the player and he’s the one who deserves the hate. He had the shamelessness to do it before and as it turns out, that shamelessness hasn’t gone far.

Sadly, this doesn’t seem to be the case, though. It seems the hate headed towards the girl’s way – and just towards her.

As the people in the Kardashian family puts it, Jordyn’s betrayal is “more unforgivable”. That’s because she knows Khloe. And she’s supposed to know what Khloe has been through.

Eventually, Jordyn had to accept the way things went.

While she wanted to make amends with the Kardashians, it’s as if the only way for her to go is to move on. It’s sad that the family she once hung around no longer wants her. And it’s sad that it’s partly her fault.

Luckily, it appears she’s not someone who dwells on her past. Rather than go down with her scandalous moment, she went a different route.

Lately, there’s a buzz that says she and Kylie are rebuilding their friendship. This buzz is nice to hear, considering they were like two peas in a pod for years.

Then again, that might be all there is to it: a rumor. Whether there is any grain of truth behind it matters less – to both Jordyn and her ex-best friend.

What seems to matter more is that she’s back. And she has been the receiving end of lucrative career offers!

Based on her posts on Instagram, she’s living her best life. And she’s not afraid to show it to anyone who’s willing to watch.

Is there a way out of the woods for Jordyn?

This decision is definitely a good call. After all, she has more than 8 million followers. And you can’t buy cheap Instagram followers with those numbers! If she chooses to back down, she’ll end up disappointing that much people.

And things aren’t looking good for her now that Kylie has “given up” on her former bestie.

But really, all she can do now is, well, herself. Time to spread your freak flag and just do you, Jordyn!