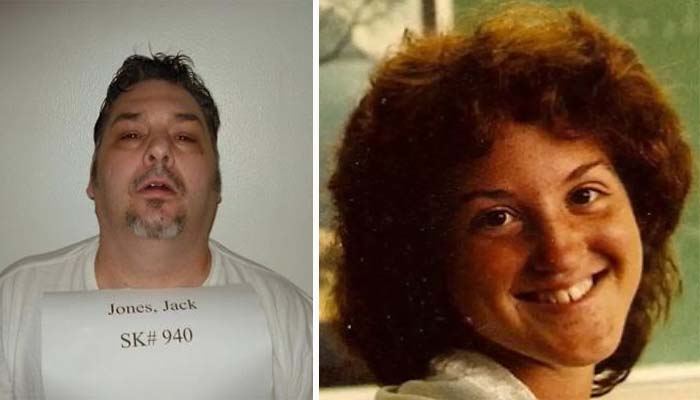 A man executed for murder has just confessed to another killing from beyond the grave, exonerating a prisoner in the process.

In 2017, serial killer Jack Jones was formally put to death in Arkansas for the rape and murder of a woman 22 years earlier. However, before he died, Jones wrote his sister a letter to be opened a year after his passing.

The letter turned out to be a confession, with Jones admitting to the murder of 20-year-old Regina Harrison in 1983.

Convicted rapist Ronald Stewart had spent decades locked up for the college student’s death, before passing away from cancer in 2008 while behind bars.

In the letter, Jones wrote: “‘I met her riding bikes. We went to the beach, rode around down there, and came back up Sheridan (street) and into the park. That’s where it happened. White girl, red hair, maybe 110 lbs., 5’5.”

Harrison vanished after heading out for a dinnertime bike ride from her parents’ Fort Lauderdale home. She was last seen riding her bike on a well-known path with a long-haired man travelling along beside her.

Her body was found in a nearby park the following day, with reports saying she’d been raped and strangled.

DNA testing backed up Jones’ confession, with Stewart being acquitted for her death posthumously.

However, even if had Jones’ involvement in Harrison’s murder had been discovered sooner, Stewart still would have died in jail, as he was serving time for other crimes.

Regina’s brother Richard Harrison said that he was surprised to find out the man he believed to be his sister’s killer was innocent of the crime, especially as Stewart never denied committing the act, even when up for parole.

“If this did not involve my family personally, this would be a fascinating episode of CSI,” he said.

“But it doesn’t make Stewart any less evil, and it certainly doesn’t make him any less dead. And Jones has already been executed … and we can only execute people once.”

When Stewart was initially arrested for the crime, a woman who spotted Harrison riding her bike picked him out of an image line-up. An acquaintance also told police that Stewart had admitted to her murder, and he was charged for her death, along with a series of other rapes in the city.

Jones was taken into custody in 1995 for raping and strangling 34-year-old mother-of-three Mary Phillips. He was also charged for beating her 11-year-old daughter, Lacy, who barely survived the attack.

In 2003, DNA evidence also linked him to the rape and murder of 32-year-old tourist Lorriane Barret.

However, in the letter handed to his sister, Jones claimed it was Harrison’s ghost who had haunted him years.

“She forgave me. I never forgave myself,” he penned. He also wanted Harrison’s family to know he was “deeply sorry” for her death, and that he “couldn’t rest easy until they knew.”

He concluded the note by saying: “Let them know that in the end I became a better person, and I did the best I could to be as much as I could for others, out of respect for the ones I’ve harmed. I know it’s a hell of a thing to have to do, so I thank you. It’s the right thing. I’ll be watching and do what I can to help from over there.”

Man With Murder Charge Turns Himself In; Turned Away Due To Lack Of ID