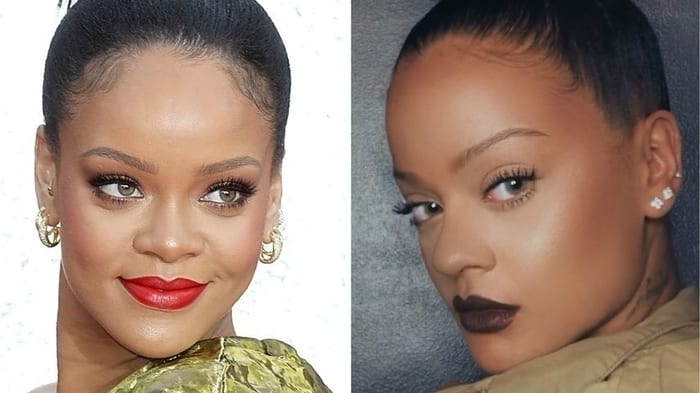 Yna Sertalf, 23, says she looks like Rihanna so much, that even her own mom mistook the Barbadian songstress for her daughter.

Being the the exact double of of one of the globe’s most well-known popstars may be an accolade for some, Sertaif’s look-alike travesty got her only so far. The young woman lives in France but is from the West Indies originally, says it was first pointed out by uncle the similarities with the pop singer, who to no avail gets stopped in the street frequently by fans who mistake her for Bad Gal Riri.

She somehow found the comical side and be the ‘fatter Rihanna’, though looking like the popstar too has its downsides and can be tough finding love if you’re a doppelganger. Sertaif, expressed, “I’ve been single for about a year, but I would never put myself in a relationship with someone who sees me as ‘Rihanna’ and not ‘Yna’.

“When I talk to someone and hear ‘Rihanna’ too many times [when we’re hanging out], I give up [on them] because I can’t determine if the person fantasizes about Rihanna or if they really want to know me. That’s why I’m single. {needs help}

“I have been mistaken for Rihanna quite a lot. This happens to me usually when I’m in tourist places. I remember a woman saw me and was being shy. She assumed I spoke English and spoke to me to ask if she could take a picture, and I agreed. It wasn’t the first time,” But then she asked me, “’are you really Rihanna?’ with a face full of joy.”

She continued, “I felt like I was breaking her heart by telling her no, but I find it pretty funny to be in these situations. My friends and family find it funny too. Once my mom received a magazine in her mailbox with Rihanna on the cover and she sent it to me, saying ‘I thought it was you’.”

The funniest thing is when people talk about you thinking they’re being discrete. I always smile at them to show them that I heard. It’s embarrassing. But when little kids scream at their parents, ‘it’s Rihanna’, it’s lovely. Sometimes even if we tell them I’m not her, they think we’re lying.” She furthered swiftly, ”I always tell the truth straight away. Because I am fatter than her and I speak French people notice that I’m not her quickly enough.”