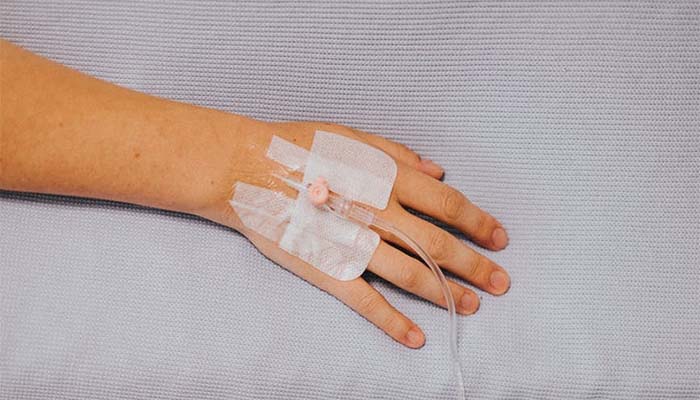 A woman almost died after injecting herself with fruit juice, in a misguided attempt to at being “healthy.”

Zeng, a strong supporter of alternative medicine, injected the juice of 20 different fruits into her blood stream.

The 51-year-old’s temprature shot up after inserting the concoction using a homemade IV, and despite itching all over, she chose not seek medical attention.

Fortunately for Zeng, her husband noticed she was unwell, and took her straight to hospital in Guiyang, China.

However, her condition worsened, and she was moved to the intensive care ward on 22nd February.

Doctor Liu Jianxiu, who treated Zeng, told local press that his patient had caught an infection which had damaged her heart, liver and one of her kidneys.

She then developed sepsis, which caused her organs to start failing.

Doctors cleared the juice from Zeng’s blood using dialysis, and after being prescribed antibiotics her condition improved.

On her unusual illness, Zeng said that she thought fruit was “very nutritious and it would not do me harm by injecting them into my body.”

Maybe try eating it next time…

The moment he was inaugurated, immediate changes made by Biden made headlines across the country. These are many of the controversial issues and topics that were shunned and ridiculed by the former administration. Americans can finally breathe a sigh of relief that these concerns have finally reached government policies. It seems clear that Biden has been… END_OF_DOCUMENT_TOKEN_TO_BE_REPLACED

Presidential pardons are one and many in the history of the US. There are many times when US Presidents granted reprieves for their citizen’s misdeeds. The US President may grant a pardon for any individual, including himself, for any crimes done against the country and its citizens. This issue of Presidential pardons has been trending… END_OF_DOCUMENT_TOKEN_TO_BE_REPLACED