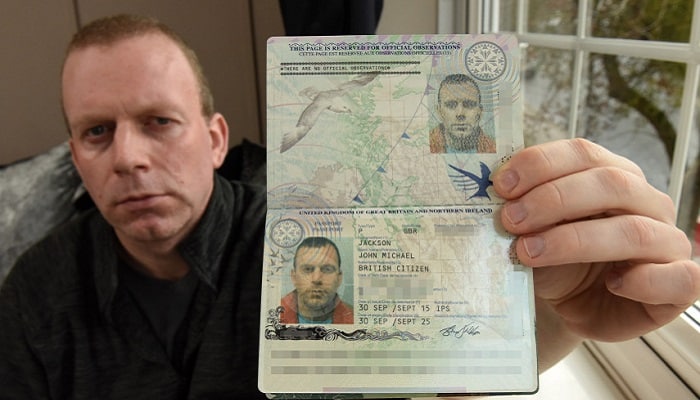 Michael Jackson is one of the most iconic artists ever and he is still a household name nearly a decade after his death. However, the reason for that might not solely be due to his greatness, but also due to claims of his pedophile activity. This caused one man who legally changed his name to Michael Jackson a ton of regret.

Despite his name, John Michael Jackson wasn’t born a star. He was a big MJ fan and he saved up money to have his surname legally changed a few years ago. Before this, the 38-year-old man was actually named John… John Lennon, a name he also legally changed to back in 1999 from his original name of Ben Andreas Lomas due to his being a Beatles fan as well.

Still, John has always been enamored with Michael Jackson and he has spent over $1 million on MJ memorabilia including albums, souvenirs, and trips for 25 years. So yes, he was a huge fan– until Leaving Neverland, a documentary of MJ’s dark side got released. It detailed Michael Jackson’s tragic childhood and later on, his alleged pedophilia.

“I have supported him blindly for years and but it has come to a point with everything recently that I’ve thought, ‘no more.’ There is too much doubt and I’m now left with this name that I need to get rid of,” regretted John. He actually has trouble getting jobs right now because of his name. John is now having difficulty paying the £120 ($159) required for a legal name change. Here he is with some of the Jacksons:

“I’ve asked for legal advice and there is nothing I can do to change my name back by deed poll without paying a £120 fee, which I can’t afford. I just want to put this behind me, I can’t have this name hanging above me anymore, I just want a fresh start,” explained John. So, he initiated a Go Fund Me campaign to raise the £120. So far, no one has donated:

Apparently, John is also suffering from Asperger’s disease, which might have explained his regretful decisions and actions.

The world is currently crippled by a global health pandemic. However, more and more catastrophes seem to be continuously tormenting the world. Threats of a recession, unemployment, and illness do not seem to be enough punishment for mankind. Explosions, threats of war, and accidents are happening. What is worse is that there are natural calamities… END_OF_DOCUMENT_TOKEN_TO_BE_REPLACED

The Michelle Obama Podcast was released on the 29th of July and can be streamed on Spotify, both for free and premium users. The world is currently hyped that the Former First Lady of the United States has released the first episode of her latest podcast. What made listeners even more excited was when she… END_OF_DOCUMENT_TOKEN_TO_BE_REPLACED