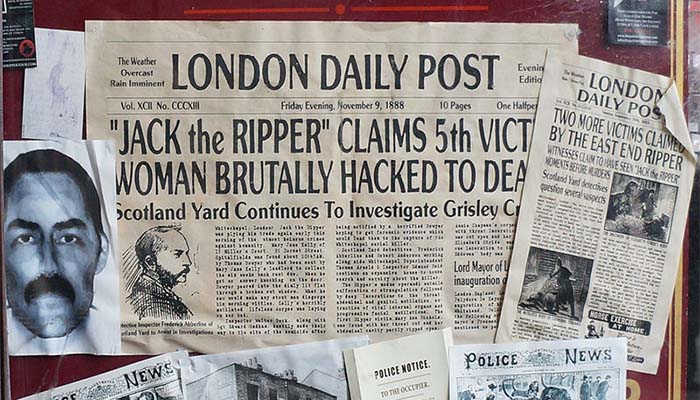 Jack the Ripper is one of history’s most enduring mysteries. It’s been 150 years since the famous killer last struck in London’s East End, but his identity has remained a secret: until now.

The identity of the Whitechapel Murderer may finally have been revealed, thanks to DNA evidence found on a blood-splattered shawl. The item of clothing was discovered near the body of Catherine Eddowes, one of the Ripper’s five confirmed victims.

The DNA can be traced back to Aaron Kosminski, a 23-year-old barber and one of the prime suspects named in the Ripper case in the late 1890s. But at the time there wasn’t enough evidence to convict him.

Over a century later, scientists from Liverpool John Moore’s university in the UK claim to have conducted the “most advanced study to date regarding this case.”

In a report published in the Journal of Forensic Sciences, authors Dr Jari Louhelainen and Dr David Miller explained: “We describe for the first time systematic, molecular level analysis of the only surviving physical evidence linked to the Jack the Ripper murders.

“Finding both matching profiles in the same piece of evidence enhances the statistical probability of its overall identification and reinforces the claim that the shawl is authentic.”

Kosminski had been genetically linked to the murders in the past, with
Dr Louhelainen first discovering evidence of his DNA on the shawl back in 2014. But this is the first time a scientific study supporting his involvement has been shared via a peer-reviewed journal.

However, critics of the study claim there is no evidence the shawl was found near the body of Eddowes, the Ripper’s fourth victim, or suggest that it may have been contaminated over the years. The item was kept by one of the officers investigating the case, and passed down to his descendants before being sold at auction in 2007.

Supposedly, Kosminski was a Jewish immigrant who moved to Whitechapel from his native Poland to escape persecution from its Russian rulers.

He is said to have suffered with mental health issues throughout his life, and passed away from gangrene while locked up in an asylum in 1899. However, there is some confusion to his true identity, and his death date is disputed.