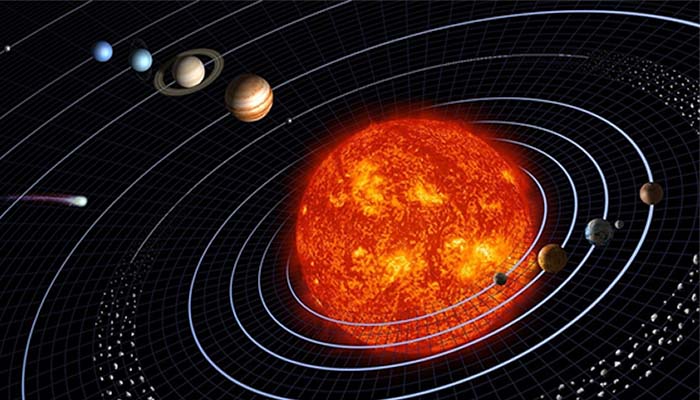 Prepare to unlearn everything your elementary school science teacher taught you.

First, Pluto loses its planetary status, meaning the solar system has only eight planets, not nine.

And now, a controversial study claims that Venus is not the closest planet to Earth after all.

A research team at the University of Alabama claim that on average, Mercury is actually closer to Earth.

In the study, published in Physics Today, head researcher Tom Stockman said: “Using a mathematical method that we devised, we determine that when averaged over time, Earth’s nearest neighbour is in fact Mercury.”

It is standard practice to measure the distance between planets based on how close they are to the sun. But Stockman’s team believe this is inaccurate, as it is based on the average distance of a planet as it orbits around the sun, and not how far away the planets are from each other.

He explained: “When Earth and Venus are at their closest approach, their separation is roughly 0.28 AU—no other planet gets nearer to Earth.

“But just as often, the two planets are at their most distant, when Venus is on the side of the Sun opposite Earth, 1.72 AU away.”

Stockman’s team ran a simulation based on the premise that Mercury and Venus’s orbits are relatively circular, and that their orbits are not parallel to each other.

Their simulation showed that on average, Mercury spends more time closer to us than Venus does.

However, this information won’t help you to pass a 3rd grade science test.

The Blood Test, The Swab Test, and The Saliva Test      Essentially, there are three general types of COVID-19 testing produced so far. One is the rapid test, the second is the saliva test and the other is the swab test. The rapid test (also known as the anti-body test) uses blood samples. The swab test… END_OF_DOCUMENT_TOKEN_TO_BE_REPLACED

The COVID-19 pandemic is one of the biggest modern pandemics known in history. Currently, there are more than five million confirmed cases in the world, with a total of 333,000 deaths. A total of 1.6 million of these confirmed cases are in the US alone. The world is currently in a race of finding a… END_OF_DOCUMENT_TOKEN_TO_BE_REPLACED

Despite concrete data and research, people’s opinions will always be diverse when it comes to a variety of topics including religion, politics, gender, and more. Denial is a common reaction to many important discussions and serious world events. The COVID-19 pandemic does not differ from any issues and is subject to opinions from critiques all… END_OF_DOCUMENT_TOKEN_TO_BE_REPLACED

Back in January, when the Wuhan, China coronavirus broke out, it didn’t make it to the front page of newspapers, in print or virtual form. Today, January feels like a lifetime away. Like it or not, people around the world have adapted to the new normal – staying at home, frequent hand washing, and social… END_OF_DOCUMENT_TOKEN_TO_BE_REPLACED

Since the beginning of the year 2020, the whole world has been stupefied by the rapid spread of a deadly coronavirus known as COVID-19. World superpowers in the West were unable to prevent the virus from reaching their borders. Because of this fact, the novel coronavirus COVID-19 became a world-wide pandemic no less than three… END_OF_DOCUMENT_TOKEN_TO_BE_REPLACED

For months since the start of 2020, the attention of the world has focused on immediate response efforts to contain and combat the novel coronavirus, also known as COVID-19. The deadly virus has pushed millions of people into isolation.  This kept people in their homes for weeks and months away from their work, their friends,… END_OF_DOCUMENT_TOKEN_TO_BE_REPLACED