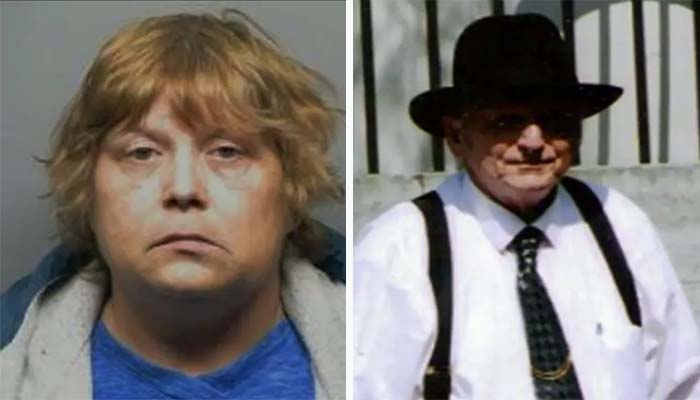 A woman has been arrested for neglecting her elderly father so horrifically that he died, before allowing his rotting corpse to “melt into the bed.”

Laura Lawrence was charged with negligent homicide for the death of her 77-year-old father, Lyle, after cops discovered his decomposing body next to “piles and piles” of vomit, blood, insects and trash in the bedroom of the family home in Martinez, California.

An officer who visited the disturbing scene reported that: “The body was starting to melt into the bedding. It appeared Lyle hadn’t eaten for weeks.”

To make matters more gruesome, 50-year-old Laurence told the police that two days after her father’s passing, she found a rat nibbling on his leg, which she trapped and threw out of the house.

Police were alerted to situation on 28th February, after someone called into the station to report that a man had died. When they arrived, Lawrence showed officers into her father’s room, where it was clear Lyle had been dead for days, despite her claims to the contrary.

According to the East Bay Times, a medical examiner agreed with police that the old man had died long before the police visit, not earlier that day as Lawrence stated.

During a police interview, Lawrence claimed that she often bought her father food and water, but admitted that she hadn’t bathed him in over 12 months.

She also asserted that she didn’t have enough money to provide her father with adequate care, but police discovered that Lawrence was receiving Lyle’s $4000 monthly pension, in addition to holding down a paying job.

Lawrence’s boyfriend, Edmund St. John, is also facing charges of elder abuse in relation to Lyle’s grisly end. The couple pleaded not guilty to all charges regarding Lyle’s passing on Monday.

However, they have also been charged with child abuse, as their 11-year-old son was also living in the home at the time. Police say the child is now in the care of social services, while house has been designated as “structure unsafe.”

Two Parents, Members of Followers of Christ, Charged With Murder of Infant for Neglect