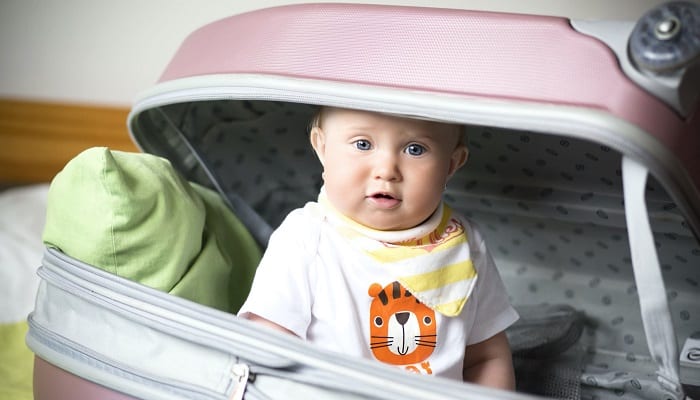 Airports usually follow rigidly strict schedules because apparently, delays can cost millions of money. Of course, there are special exceptions made for the delays especially emergencies, such as unfavorable flight conditions, injuries, and other unforeseeable predicaments– like forgetting your baby at the airport after you’ve boarded the plane.

The said company which has had the displeasure of experiencing such a delay was Saudi Arabia Airlines. Flight SV832 initially stationed at King Abdul Aziz International Airport from Jeddah, Saudi Arabia was headed to Malaysia. It was not clear where the airplane was but it was either already in the air or in the process of taking off when one passenger realized that she left her baby at the terminal.

Hence, the said mother quickly alerted the cabin crew and they relayed the message to the pilot. The pilot quickly radioed the return trip to the airport but of course, traffic control had to “confirm reason” for turning around. Here’s the video of the actual radio conversation, though the exchange was in Arabic:

“A passenger left her baby in the terminal, now she refuses to continue the flight. May God be with us. Can we come back or what?” reported the pilot. Traffic control can then be heard discussing the background, “This flight is requesting to come back … a passenger forgot her baby in the waiting area, the poor thing.”

“Okay, head back to the gate. This is totally a new one for us,” said the controller. So they did and presumably, the mother was reunited with her baby. It was never revealed how or why she forgot her own “precious cargo” at the airport.

American Urinates On Sleeping Japanese Man… Inside A Flying Airplane

Israel’s Iron Dome has protected the country against missile attacks for years. The Iron Dome in Israel is the biggest of its kind in the world. No other countries in the world use the same air defense system, meaning it is one of a kind. The tension between Israel and Gaza has been going on… END_OF_DOCUMENT_TOKEN_TO_BE_REPLACED

The world is devastated by the news that Britain’s Prince Philip, the Duke of Edinburgh, has died at the age of 99. Palace media confirms that the Duke has expired mid-day today, April 9th. The announcement did not contain any specifics on the cause of death. The United Kingdom will enter a state of national… END_OF_DOCUMENT_TOKEN_TO_BE_REPLACED

Who would have known that religious prophets would be among the most loyal supporters of former President Trump? In fact, it has been observed that the most conservative Christians may have been the right amount of push for Trump’s presidential win back in 2016. Since Trump’s election back in 2016, numerous self-proclaimed “prophets” have been… END_OF_DOCUMENT_TOKEN_TO_BE_REPLACED