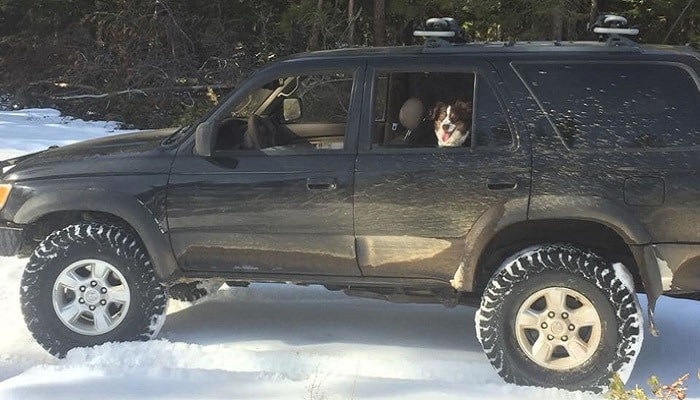 Nature can be quite brutal especially during winter. A lot of people can get stranded because of deep snow even when inside the relative safety of their vehicles. That’s exactly what happened to one man who got stuck in while inside his car. Thankfully, he survived from starvation thanks to one thing: Taco Bell sauce.

Usually, fast food stuff kills people but in the case of 36-year-old Jeremy Taylor, it was fast food that saved him. Taylor was accompanied by his dog Ally while he drove off in his Toyota 4Runner in a forest road near Sunriver, Oregon. He was out to get some gas and decided to spend the night in his vehicle only to wake up surrounded by snow.

Taylor actually attempted to walk out and go home on foot but the snow was simply too deep for traversal. He was stranded with his dog and his car. Luckily for him, he was an outdoorsman and have experience with surviving in the wild. Taylor kept himself warm using his car engine and turned to Taco Bell sauce packets as his only source of food.

A couple of days since he was gone, someone finally filed in a missing person report for Taylor which noted that he did not have his phone with him. Three more days after that and both Taylor and his dog Ally were finally found thanks to a snowmobile rider, the police noted that he was in “good condition, but hungry.” Here’s a photo of their rescue:

“Thank you, everyone, I’m safe my Ally dog is safe. I really appreciate all the help. Got lucky, lets (sic) never do that again. I’ll be in touch with everyone soon,” wrote Taylor on Facebook after he was rescued. On a final note, he added, “Taco Bell sauce saves lives!” Well, that’s one good reason to eat fast food.

Carjacker Sticks Men Up At Gunpoint — And, Demands Tacos!