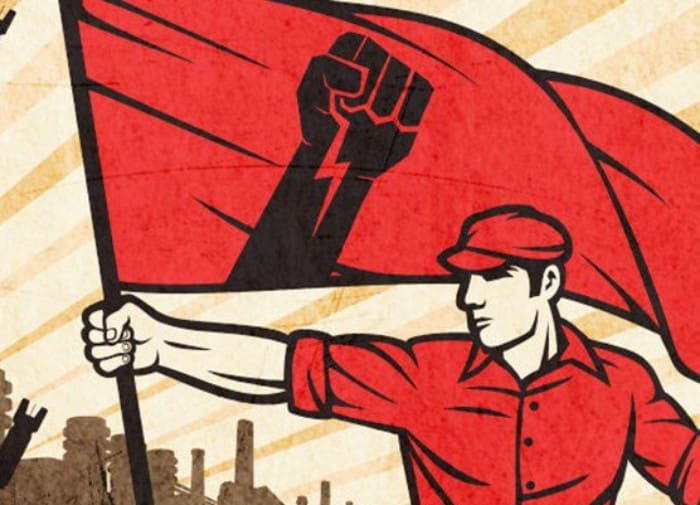 There are a ton of misconceptions when it comes to socialism, especially among conservatives. For some reason, these right-wing fanatics are far more susceptible to fake news, and since Alexandria Ocasio-Cortez has entered the political scene, Trump’s minions have been taking it upon themselves to attack the economic system. Even though Ocasio-Cortez’s views are considered democratic-socialist, they’ve been dismissed as socialist concepts regardless of their obvious differences. Clearly, conservatives have no idea what socialism is and they just enjoy ragging on it because it’s different.

What Is Democratic Socialism

Socialism doesn’t work on its own. It’s just not possible. People are too money-hungry and selfish by nature, and socialism relies heavily on cooperation. In a perfect society, it would operate without issue, but we certainly don’t live in one of those. This is why there are several mixed economies that incorporate socialism, including Democratic Socialism which would put the government in control of essential goods such as healthcare, mass transit, energy, and housing but keep people in control of consumer goods. It encourages entrepreneurship and innovation while also ensuring citizen have access basic needs.

Socialist don’t work for free. They receive a share of production based on their contribution. So, if this socialist professor wanted a higher share or essentially a higher salary, they can simply work longer hours. A percentage of production is deducted for the common good, similar to paying taxes.

Many people believe that socialism forces everyone to receive the same salary regardless of their profession is. This isn’t true though. Profits are split up equally among workers based on their level of contribution, but a janitor and a doctor would offer significantly different compensations. Also, in a socialist society, the most undesirable jobs offer more benefits, so they become more appealing.

Socialism Works Toward The Common Good

One of the biggest drawbacks to socialism according to conservatives is having to take care of those who don’t work. The system isn’t actually much different from what we have in place today for those on unemployment or welfare. Our taxes pay for those who are unable to work just like socialism would provide those same citizens with reasonable compensation. This doesn’t allow people who are capable of working to sit around and do nothing all day and still expect to get paid, no matter how badly the right-wing want it to be.

Socialism provides everyone with equal access to education and healthcare. It eliminates the financial barrier that prevents so many Americans from getting a higher education and pursuing the careers they dream of. Ideally, socialism provides enough for those working as well as those unable to work so that everyone can eat. This becomes a problem when governments disguise communism as socialism. (Tak North Korea, for example.)

Communism is a form of socialism. The major difference between the two is that socialist nations are led by a democratically elected government while communist countries are led by a totalitarian government. Yes, communism gave socialism a bad name over the years, but they certainly aren’t one and the same. So, while conservatives are busy bitching about an economic system that we don’t use in our country and that they clearly don’t understand, our government is doing whatever it takes to keep citizens compliant and prevent a rebellion. This includes ensuring Americans remain ignorant of how government works with our country’s infamously inadequate education system.

Conservatives vs. Liberals In A Series Of Photos

6 Insane Videos Of Fights Between Liberals And Conservatives

Gift-giving isn’t just a seasonal affair between friends, families and acquaintances. The art of gift-giving is also conducted on a national scale with countries often sending each other big, weird and expensive gifts. Experts in all things gifts, Vanilla Reindeer put together some examples of these expensive and odd gifts that have been shared between… END_OF_DOCUMENT_TOKEN_TO_BE_REPLACED

There are lots of ways you can make Pres. Trump feel welcome: you can offer him coffee, or mow a penis into a field for him to view as his plane lands. The willie in question has been chopped by Born Eco ahead of the arrival of President Trump, who visited the UK Monday for… END_OF_DOCUMENT_TOKEN_TO_BE_REPLACED

The year isn’t even halfway over, yet Donald Trump has managed to make a fool of himself and our country countless times. From inviting the national college football champions, the Clemson Tigers, all the way to the White House for some McDonald’s to his to the dreaded results of Mueller’s investigation, it has been one… END_OF_DOCUMENT_TOKEN_TO_BE_REPLACED

Republicans have always said that when they gained control in Congress, they would work to overturn Roe v. Wade and here they are, cashing in on that promise one state at a time. So far, Alabama, Arkansas, Georgia, Kentucky, Missouri, and Ohio have all passed incredibly restrictive laws on abortions, making it illegal for women… END_OF_DOCUMENT_TOKEN_TO_BE_REPLACED

If you’re on Snapchat, then you’ve probably played around with (and were likely horrified by) their filter gender swap filters. While you’re probably using these filters to send hilarious pics to your friends, some guys using them to create Tinder profiles. What likely started out as a joke has quickly evolved, and these guys are… END_OF_DOCUMENT_TOKEN_TO_BE_REPLACED

“Milkshaking” is a hilarious trend in Britain where a milkshake is thrown at and ideally lands on a far-right politician or activist. The point of this nonviolence protest is to humiliate them without causing injury. Physical injury at least. There’s no doubt that milkshaking has led to a few bruised egos. Not only is this… END_OF_DOCUMENT_TOKEN_TO_BE_REPLACED