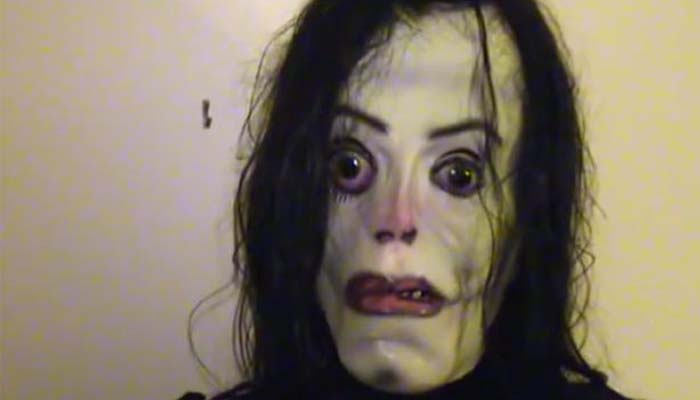 If you thought the Momo challenge was in poor taste, then take a look at the latest nightmare-inducing meme to go viral.

Inspired by the creepypasta, which has swept the internet in recent weeks and terrified children and parents alike, and the recently aired documentary Leaving Neverland, the Momo Michael Jackson video has triggered a police probe in Mexico.

Dubbed “El Ayuwoki,” a reference to the Jackson hit Smooth Criminal (“Ayuwoki” is how “Annie are you ok? would be pronounced phonetically in Spainish), the urban myth states that the deceased King of Pop will appear in victim’s bedroom at 3am saying “hee hee.”

The monster in the clip is actually a creepy statue of the star, and originally went viral in 2009 for its eerie portrayal of Jackson’s signature dance moves.

Now, a screenshot from the footage is making its way around the web once again.

In a statement, police said: “Although a lot of people believe this is a kind of demon or ghost from the Internet, there is nothing supernatural in this matter.

“The kids and teenagers are looking to share it and believe in it because it is trendy, which could generate sleep issues, panic or anxiety.”

Speaking to Infobae, the makers of the statue said it was originally a replica of Elvis Presley, but somewhere along the line their creation was transformed into Jackson.

The world is devastated by the news that Britain’s Prince Philip, the Duke of Edinburgh, has died at the age of 99. Palace media confirms that the Duke has expired mid-day today, April 9th. The announcement did not contain any specifics on the cause of death. The United Kingdom will enter a state of national… END_OF_DOCUMENT_TOKEN_TO_BE_REPLACED

Who would have known that religious prophets would be among the most loyal supporters of former President Trump? In fact, it has been observed that the most conservative Christians may have been the right amount of push for Trump’s presidential win back in 2016. Since Trump’s election back in 2016, numerous self-proclaimed “prophets” have been… END_OF_DOCUMENT_TOKEN_TO_BE_REPLACED

President Biden falls and slips multiple times on the Airforce One Steps and PEOPLE ARE GOING CRAZY! What’s the big deal? Some people are hating, while others are making memes just for the fun of it. We are all human, aren’t we? Everyone’s expected to stumble some time in their lives. However, with the internet… END_OF_DOCUMENT_TOKEN_TO_BE_REPLACED