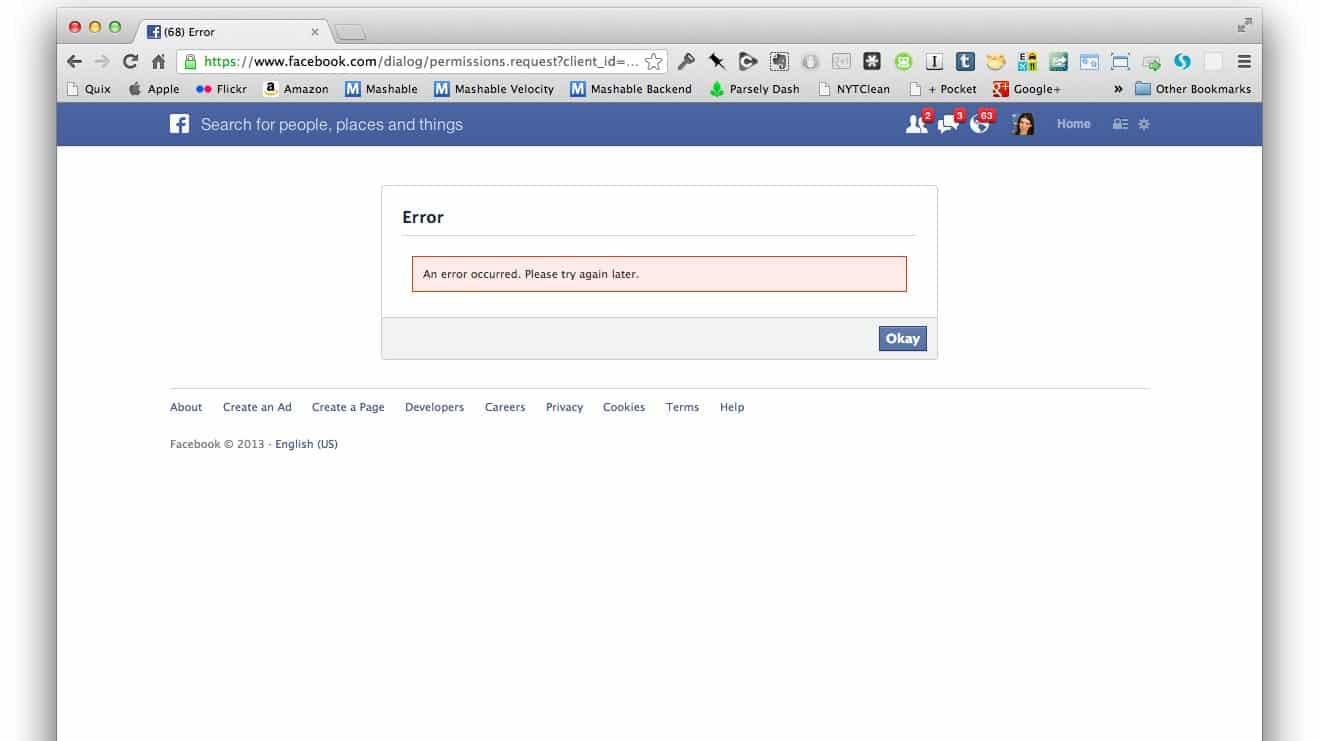 Facebook Connect has wormed its way into the social web, linking sites heavily used by millions on a daily basis to the king of social networks, often in lieu of site registration.

But a Facebook Connect blip Thursday night briefly visited havoc upon a large swath of the internet, and while quickly resolved, untold numbers of users were redirected to error pages during the downtime.

The Facebook Connect issue, while it persisted, managed to drag down parts of The Huffington Post, MSNBC, CNN, Yelp and Salon, along with other sites relying on the login and information network for a while before it was resolved.

Mashable, another site affected by the brief Facebook Connect error, obtained a statement from Facebook about the glitch. The social network explained:

“For a short period of time, there was a bug that redirected people logging in with Facebook from third party sites. The issue was quickly resolved and Login with Facebook is now working as usual.”

Mashable points out a strange quirk of the brief Facebook Connect issue, one that affected users not intuitively performing actions one might expect to be impacted:

“What’s interesting is that a user didn’t even need to be performing the action for the error — and hijacking — to occur. Instead, simply being logged into both places (and having the accounts linked) was enough to force users off of a third-party website and onto Facebook’s error page.”

Did you get booted from a third-party site during Facebook’s Facebook Connect breakage?