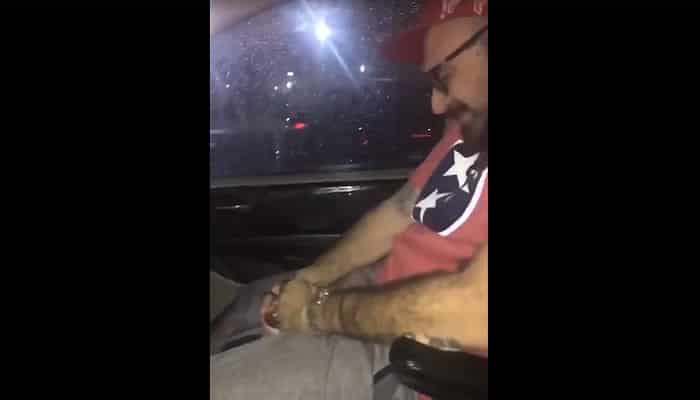 The idea that money, being the keystone of capitalism, is the source of all evil is a gross understatement seeing how many people ruin themselves just for moolah. It can be sad that integrity is quite cheap these days. So, (un)surprisingly, one food delivery man even dipped his testicles into a customer’s salsa all because of a small tip.

Granted, a tip like that is bound to enrage even an honest employee, but a small tip really does not warrant such unprofessional conduct. The man’s name was reportedly Howard “Matt” Webb, a 31-year-old living in Maryville, Tennessee who used to work for Dinner Delivered food delivery service. It appears Webb’s companion even posted a video of the deed on Facebook:

In case the video gets deleted, it shows a non-explicit and safe-for-work footage of Webb taking the customer’s salsa dip and apparently dipping his testicles into it. Webb’s companion even says “This is what you get when you give an 89-cent tip for an almost 30-minute drive,” and Webb himself says “Oh, it feels good on my balls.”

The incident actually took place in January and the original upload of the video has since been deleted. It is only until now that the police have come up with a resolution for Webb because of the re-upload. Hence, is now facing felony charges. Meanwhile, Webb’s friend, Booker, who was with him and was the contracted delivery personnel, has been terminated.

Still, the manager of Dinner Delivered initially downplayed what Webb did, claiming that it was just a joke. Regardless, the Maryville Police Department has already charged Webb with “adulterated food/liquid/drugs,” with a bond of $45,000. The investigation is still ongoing, but if convicted, Webb could face 3 to 15 years in prison. At least Webb will be able to do what he wants with his testicles there.