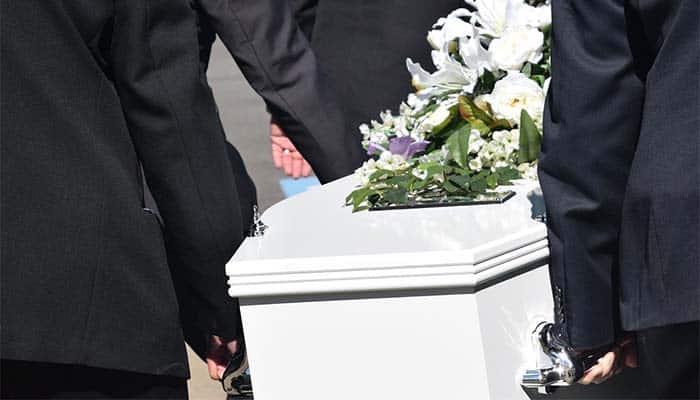 A phony pastor is being sued by three different funeral companies after a video of him “resurrecting” a man went viral.

In the clip, South African pastor and self-proclaimed prophet Alph Lukau can be seeing laying his hands on the body of a man, who immediately rises from his coffin.

It wasn’t long before #ResurrectionChallenge was trending on Twitter, with people sharing their own attempts at raising the dead next to screenshots of Lukau’s “miracle.”

However, his “resurrection” has not gone down well with several funeral companies, who are suing him for reputational damage.

Kings & Queens allege they were approached by people claiming to be members of the “deceased’s” family, who said they had fallen out with their original funeral provider.

They claim they were tricked into providing the supposed group of mourners with a hearse, who apparently placed stickers from the Black Phoenix funeral home on their private car to appear credible.

In a statement, the company said: “As Kings and Queens Funeral Services, we would like to distance ourselves from the supposed resurrection.

“We are in the process of taking legal action for this malicious damage to our image.”

Alleluia Ministries has also disassociated themselves from Lukau, telling South African press that the resurrection was a hoax and declining to comment on accusations that it deceived attendees.