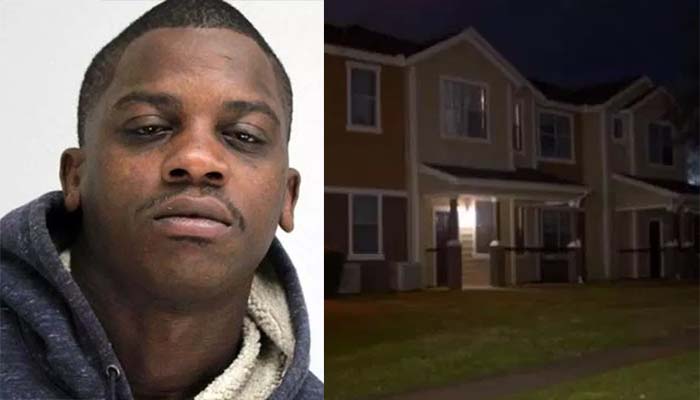 A father has been arrested for neglecting his young sons so severely, they never learned to talk.

Robert Preston, from Dallas, Texas, left his sons – a two-year-old, twin three-year-old boys, and a five-year-old – in a squalid apartment with little-to-no contact with the outside world.

After Preston’s home was raided by police on 16th February, a report read: “That the children were referring to one another as Robert because they did not know their own names.”

The children’s language skills were so poor, police say they communicated via screams and hand gestures.

Despite Preston keeping the children out of sight, the police became aware of the situation after a neighbor noticed the three-year-old shivering in the complex’s parking lot.

The report also detailed the disturbing conditions the children were forced to live in.

“The floor was filthy, unkept, and there were bottles of various types of alcohol that were left open on the floor…

“The entire apartment reeked of feces, and the toilets of both bathrooms did not appear to have been flushed in weeks.”

Catherine Slade, who lives in the same complex as the family, said she was “shocked and disgusted and heartbroken” when she realised what was going on nearby.

Speaking to CBS11, she said: “‘We were just crying. It just totally makes me sick someone could do something like that.”

Once arrested, Preston “acted as though the situation was normal.” He has since been charged with four counts of child-endangerment and the boys are in the custody of child protective services.

Two Parents, Members of Followers of Christ, Charged With Murder of Infant for Neglect

Daughter Dumps Dad With Alzheimer’s, Leaves Him To Die, But Something Surprising Happens

The Blood Test, The Swab Test, and The Saliva Test      Essentially, there are three general types of COVID-19 testing produced so far. One is the rapid test, the second is the saliva test and the other is the swab test. The rapid test (also known as the anti-body test) uses blood samples. The swab test… END_OF_DOCUMENT_TOKEN_TO_BE_REPLACED

The COVID-19 pandemic is one of the biggest modern pandemics known in history. Currently, there are more than five million confirmed cases in the world, with a total of 333,000 deaths. A total of 1.6 million of these confirmed cases are in the US alone. The world is currently in a race of finding a… END_OF_DOCUMENT_TOKEN_TO_BE_REPLACED

Despite concrete data and research, people’s opinions will always be diverse when it comes to a variety of topics including religion, politics, gender, and more. Denial is a common reaction to many important discussions and serious world events. The COVID-19 pandemic does not differ from any issues and is subject to opinions from critiques all… END_OF_DOCUMENT_TOKEN_TO_BE_REPLACED

Back in January, when the Wuhan, China coronavirus broke out, it didn’t make it to the front page of newspapers, in print or virtual form. Today, January feels like a lifetime away. Like it or not, people around the world have adapted to the new normal – staying at home, frequent hand washing, and social… END_OF_DOCUMENT_TOKEN_TO_BE_REPLACED

Since the beginning of the year 2020, the whole world has been stupefied by the rapid spread of a deadly coronavirus known as COVID-19. World superpowers in the West were unable to prevent the virus from reaching their borders. Because of this fact, the novel coronavirus COVID-19 became a world-wide pandemic no less than three… END_OF_DOCUMENT_TOKEN_TO_BE_REPLACED

For months since the start of 2020, the attention of the world has focused on immediate response efforts to contain and combat the novel coronavirus, also known as COVID-19. The deadly virus has pushed millions of people into isolation.  This kept people in their homes for weeks and months away from their work, their friends,… END_OF_DOCUMENT_TOKEN_TO_BE_REPLACED