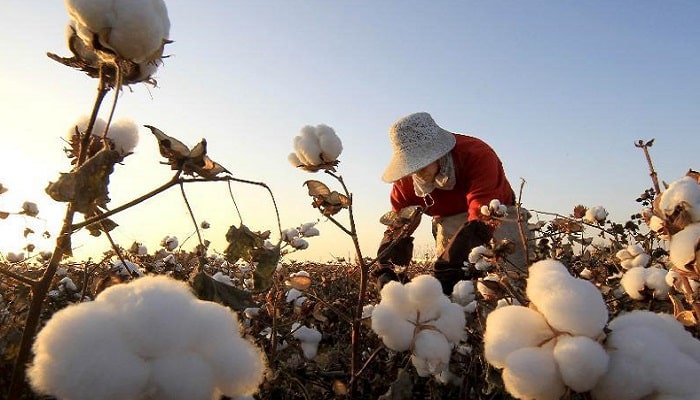 Field trips are fun, right? It allows children to unwind from all the pressures and monotony of a classroom. Now, slavery is something that children should not experience in a field trip. However, one South Carolina school probably thought slavery and excursions are fun when they made their school kids sing slave songs and pick cotton… on a field trip.

The said field trip was hosted by Ebenezer Avenue Elementary in Rock Hill, South Carolina. There, they took their class of 10-year-olds in a supposed Black History Month field trip. The parents of the kids were surprised, however, when the trip stopped at a cotton field where the kids picked cotton and sang songs which African-American slaves sang in the past:

“I like it when you don’t talk back, make money for me,” the children can be heard. Of course, the parents were outraged at such a display by the school, apparently, it also was not mentioned in the field trip permission slip. Jessica Blanchard, one of the parents, stated, “I’m livid right now. I’m African-American and my ancestors picked cotton. Why would I want my son to pick cotton and think it’s fun?”

What’s even more outrageous is the fact that the children were also visiting the site of Carroll School– initially a school built by African-Americans in 1929. The said school was then restructured into a teaching for African-American history that focuses on Depression, not slavery.

How could these numbskulls @RockHillSchools possibly think that teaching African-American kids to pick cotton would be a good idea? 💡

Still, Ebenezer Avenue Elementary defended their field trip activity, with school instructor Wali Cathcart explaining that “We need innovation in the education system. Not just lecturing children in a classroom telling them something. There’s nothing better than hands on.” Despite that, the school still had to apologize after the video became viral.

My thoughts on the Rock Hill field trip that had students pick cotton and sing a slave song https://t.co/Zw3a9WL8Xp pic.twitter.com/7ReD3MasNr

6 Disturbing Photos Of Politicians In Blackface

Woman ‘Changed Race’ Using Melanin Injection, Says Her Babies Will Be Black Too

The Blood Test, The Swab Test, and The Saliva Test      Essentially, there are three general types of COVID-19 testing produced so far. One is the rapid test, the second is the saliva test and the other is the swab test. The rapid test (also known as the anti-body test) uses blood samples. The swab test… END_OF_DOCUMENT_TOKEN_TO_BE_REPLACED

The COVID-19 pandemic is one of the biggest modern pandemics known in history. Currently, there are more than five million confirmed cases in the world, with a total of 333,000 deaths. A total of 1.6 million of these confirmed cases are in the US alone. The world is currently in a race of finding a… END_OF_DOCUMENT_TOKEN_TO_BE_REPLACED

Despite concrete data and research, people’s opinions will always be diverse when it comes to a variety of topics including religion, politics, gender, and more. Denial is a common reaction to many important discussions and serious world events. The COVID-19 pandemic does not differ from any issues and is subject to opinions from critiques all… END_OF_DOCUMENT_TOKEN_TO_BE_REPLACED

Back in January, when the Wuhan, China coronavirus broke out, it didn’t make it to the front page of newspapers, in print or virtual form. Today, January feels like a lifetime away. Like it or not, people around the world have adapted to the new normal – staying at home, frequent hand washing, and social… END_OF_DOCUMENT_TOKEN_TO_BE_REPLACED

Since the beginning of the year 2020, the whole world has been stupefied by the rapid spread of a deadly coronavirus known as COVID-19. World superpowers in the West were unable to prevent the virus from reaching their borders. Because of this fact, the novel coronavirus COVID-19 became a world-wide pandemic no less than three… END_OF_DOCUMENT_TOKEN_TO_BE_REPLACED

For months since the start of 2020, the attention of the world has focused on immediate response efforts to contain and combat the novel coronavirus, also known as COVID-19. The deadly virus has pushed millions of people into isolation.  This kept people in their homes for weeks and months away from their work, their friends,… END_OF_DOCUMENT_TOKEN_TO_BE_REPLACED