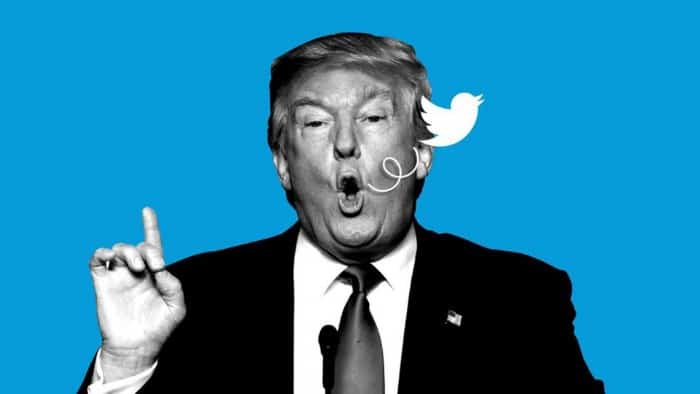 At 72-years-old, it’s safe to say that Donald Trump is getting to the point where he’s experiencing more than a few senior moments throughout the day. To lend him a hand, people are using the recently trending hashtag #TrumpNotesToSelf so that his old age doesn’t get in the way of getting things done. He doesn’t even have to make his own to do list as the Twitter-verse has done it for him. Here are the most hilarious tweets that use #TrumpNotesToSelf.

Can’t you just picture Trump with a step-by-step list sitting on his desk on how to get his precious border wall? Step 1: Scare the country into submission with a National Emergency. Step 2: Go on a golf outing and hope for enough chaos that Congress gives in to petty demands. Sounds about right.

There’s not enough toilet paper in the world to clean up that mess. Trump just needs to throw in the towel and toss those pants in the garbage. But toilet paper might save the next pair.

Maybe instead of toilet paper, Trump needs to add some diapers to his shopping list. Do they make adult diapers that big? If not then a few Maxi pads might do the trick. At the very least they’ll keep his pants clean.

Ever notice how paranoid some of Trump’s tweets are? Everyone is out to get him, the Democrats, liberals, Congress, the media, and now the FBI. According to this epic #TrumpNotesToSelf tweet, perhaps Trump should leave himself a reminder to snort less A and skip the energy drinks.

How Trump still manages to get lawyers to work with him is beyond me. He must have some serious dirt on these people if they’re all willing to break the law for this man. There isn’t enough money in the world worth spending time in prison for, but that’s just me. Obviously these guys have different opinions on the subject.

How Trump Remembers How To Put On His Underwear

This is nasty in the best way. Just like the note reminding him of the steps he needs to take to get his border wall, I can totally picture him having a similar note with these directions on how to put on his underwear. Taped right inside his closet so he doesn’t accidentally put his underwear on backward in the morning. You can get an infection that way!

We might as well give in to this border wall since Trump is just going to lie about it anyway. If Congress pretends to go along with Trump’s border plan, would he even notice if it was a hoax? Think about it. There are less than two years left in his presidential term, and building a wall that’s miles and miles long will take a really long time. Why not just put off construction for as long as possible with by crowding Trump’s desk with unnecessary paperwork, and then start construction on a mile. Send Trump a few pictures of the wall in progress. By the time he figures it out, we’ll hopefully have a new president.

The real national emergency is that Trump was elected as president in the first place. Instead of building a $6 billion wall we should be spending money on a time machine to turn back the time and make sure Trump doesn’t run for president. There’s no doubt that Trump would be on board as well because his time in office has not only destroyed our country but his personal life as well. He would love to head back to a time when his wife didn’t know about his multiple affairs and he wasn’t looking at serious time behind bars.

If you aren’t sure what this tweet is referring to, perhaps give this article on Stormy Daniels a read. The only reason Trump would need a note to himself reminding him to pet the mushroom is if he has a hot intern walking around the Oval Office that he’s tempted to assault.

Trump can’t make a single political decision without running it by his boss Russian dictator Vladimir Putin. Our president might want us all to think he’s in control of the country, but we all know who’s pulling the puppet strings behind the scenes. There better be more in it than a contract approving the construction of a Trump Tower in Moscow for the president and his family though. The American people deserve more than that.

One of Trump’s most notorious political moves is to call on someone crazier than him to make a public appearance. In comparison, Trump actually starts to look sane, even to Democrats. Rudy Giuliani is just one of Trump’s go-to saviors who has been compared to a “crazy old uncle” after making a televised appearance. Taking a page from Trump’s book, Giuliani just loves to backtrack on everything he says publically during one of his ridiculous rants.

While there are a number of objects and movie characters who significantly resemble the president, the troll doll trumps them all. (Yes that was an intentional pun.) Trump may not have a twin, but anyone who slightly resembles the man should watch out. He’s definitely looking for someone to take the fall for him in this whole Russia investigation. Taking a position in the White House as Trump’s body double would be incredibly unwise at this point.

Only The White Ingredients

The real reason Trump declared a National Emergency is because this guy didn’t make his omelet to his liking. He failed to leave out any of the ingredients that were grown and picked by immigrants of color. See, white immigrates are allowed to handle the president’s food, especially if they are female and have a nice rack. (Just kidding MAGA nuts. I know this picture was taken the morning AFTER Trump declared a National Emergency. See, I do fact-check my writing every now and then.)

All allegations remain just as allegations, even half a year after the outbreak of the coronavirus pandemic in China. Everyone outside of the country is left to their own devices to decide whether or not what they see on social media is true. However, things take a different turn when the complaints start to trend… END_OF_DOCUMENT_TOKEN_TO_BE_REPLACED

In his latest weekly blessing at the Vatican, Pope Francis has warned Catholics about the dangers of gossip. Although his weekly blessing is not related to COVID-19, the current pandemic tormenting the world, he has raised important points that everyone must remind themselves of. Pope Francis has been in the highest seat of power in… END_OF_DOCUMENT_TOKEN_TO_BE_REPLACED