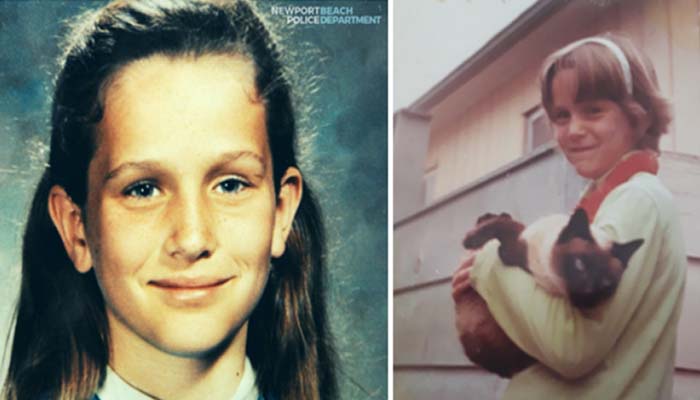 Over four decades after the kidnapping and murder of Linda O’Keefe, it looks like justice may finally have been served.

Earlier this week, police in Colorado arrested a 72-year-old man for snatching and killing the 11-year-old back in 1973.

The youngster was last seen walking home from summer school in her hometown of Newport Beach, California, on 6th July 1973. She was sexually assaulted, strangled, and her body dumped in Newport Beach’s Back Bay area.

On Tuesday, James Allen Neal was arrested after DNA evidence connected him to the 45-year-old crime. The breakthrough came after Neal submitted DNA to a genealogical tracking website, with the sample matching DNA found on the victim.

At a press conference the following day, Orange County District Attorney’s Office refused to share whether it was a Neal or one of his relatives who submitted the DNA for testing.

“Generations of investigators worked on her case. We never gave up.”

The department even kept a photograph of Linda on the wall as an incentive to solve the mystery.

Sadly, O’Keefe’s parents have passed away since her death, but she has two surviving sisters to celebrate her killer finally being put behind bars.

After being taken into custody in Colorado Springs – where he’d relocated to after O’Keefe’s death – Neal was charged with murder, kidnapping, and lewd and lascivious act upon a child under 14.

District Attorney Todd Spitzer said: ““These charges carry with it life without the possibility of parole at a minimum and yet death may be a consideration in this case.

“We have a process in place to which we would consider death and I would follow that process.

The department will also use the DNA sample to see if Neal had other victims.

“Technology has caught up with the law,” he added.

As The World Welcomes Equality For Women, Kyrgyzstan Is Still Rife With Bride Kidnapping

All allegations remain just as allegations, even half a year after the outbreak of the coronavirus pandemic in China. Everyone outside of the country is left to their own devices to decide whether or not what they see on social media is true. However, things take a different turn when the complaints start to trend… END_OF_DOCUMENT_TOKEN_TO_BE_REPLACED

In his latest weekly blessing at the Vatican, Pope Francis has warned Catholics about the dangers of gossip. Although his weekly blessing is not related to COVID-19, the current pandemic tormenting the world, he has raised important points that everyone must remind themselves of. Pope Francis has been in the highest seat of power in… END_OF_DOCUMENT_TOKEN_TO_BE_REPLACED