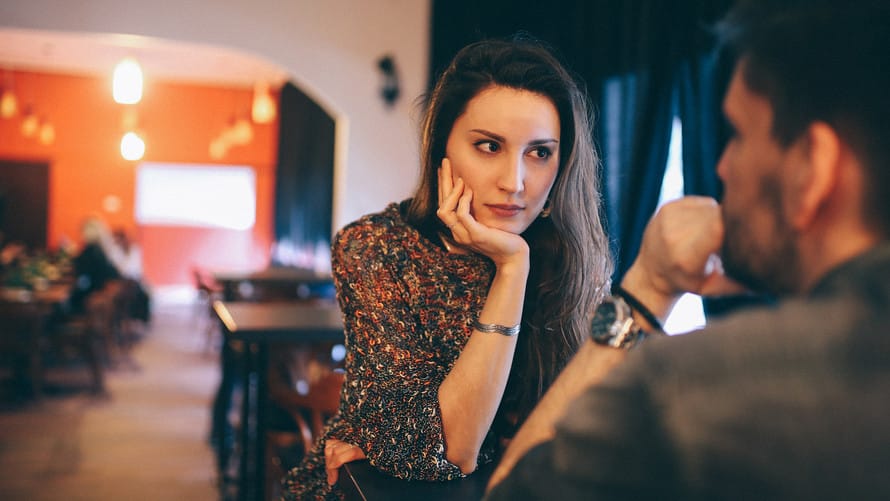 Dating is hard enough as it is but dating in the #MeToo era is no picnic either. In a country where the people are so politically divided, it has become even more challenging to find a compatible partner. Or even to find someone where there’s makeout potential and verbally or physically assault you within ten minutes of meeting them.

Those on the left can’t mingle with those on the right and vice versa without a brawl breaking out, drastically reducing the size of that infamous dating pool we all keep hearing about. Then the #MeToo era came along and terrified some of the perverted men back into their caves, but not enough of them. The creepier men turned the women’s movement into an opportunity to use feminism to pick up women and actually pretend to give a crap about equality. These memes describe exactly what it’s like to date in the #MeToo era.

Men claiming to be progressive are either lying to get in a woman’s pants or are one of the few remaining chupacabras of the male species. Misogynistic views run deep within our culture, and it’s going to take more than a few decades of women standing up for themselves and fighting for equality to make a difference. Women end up being stuck making the decision to either accept these lies so they can get laid too or hold out for a chupacabra that may or may not exist.

Women are finally standing up for themselves and men are losing their shit. Instead of simply putting an end to the actions that we’ve told them are sexist and offensive, they’d rather push our buttons further with their jokes. Well, these guys will find themselves home alone with no one to play with but their right hand. (No, not all men. Calm down.)

Traditionally, it’s impolite to bring up religion or politics on the first date. In the #MeToo era, however, we’re bringing up these topics right away and making sure we aren’t wasting our time. It says a lot about a person who supports Donald Trump. Why sit through an entire meal with them if there’s no future? If he (or she) ain’t woke, then walk out.

Feminists Don’t Want To Date You

These guys who hate on feminists think they’re hurting us by refusing to date us. What they don’t realize is that we never wanted to date them in the first place. Our value isn’t determined by a man, especially not a man who deems us unworthy for fighting for our rights.

Women are setting boundaries and men can’t seem to handle it. No one likes change, but as we all know, it’s inevitable. These men need to either roll with the punches or watch as their dating pools diminish into nothing but the internet trolls who keep them company in the wee hours of the night.

The Blood Test, The Swab Test, and The Saliva Test      Essentially, there are three general types of COVID-19 testing produced so far. One is the rapid test, the second is the saliva test and the other is the swab test. The rapid test (also known as the anti-body test) uses blood samples. The swab test… END_OF_DOCUMENT_TOKEN_TO_BE_REPLACED

The COVID-19 pandemic is one of the biggest modern pandemics known in history. Currently, there are more than five million confirmed cases in the world, with a total of 333,000 deaths. A total of 1.6 million of these confirmed cases are in the US alone. The world is currently in a race of finding a… END_OF_DOCUMENT_TOKEN_TO_BE_REPLACED

Despite concrete data and research, people’s opinions will always be diverse when it comes to a variety of topics including religion, politics, gender, and more. Denial is a common reaction to many important discussions and serious world events. The COVID-19 pandemic does not differ from any issues and is subject to opinions from critiques all… END_OF_DOCUMENT_TOKEN_TO_BE_REPLACED

Back in January, when the Wuhan, China coronavirus broke out, it didn’t make it to the front page of newspapers, in print or virtual form. Today, January feels like a lifetime away. Like it or not, people around the world have adapted to the new normal – staying at home, frequent hand washing, and social… END_OF_DOCUMENT_TOKEN_TO_BE_REPLACED

Since the beginning of the year 2020, the whole world has been stupefied by the rapid spread of a deadly coronavirus known as COVID-19. World superpowers in the West were unable to prevent the virus from reaching their borders. Because of this fact, the novel coronavirus COVID-19 became a world-wide pandemic no less than three… END_OF_DOCUMENT_TOKEN_TO_BE_REPLACED

For months since the start of 2020, the attention of the world has focused on immediate response efforts to contain and combat the novel coronavirus, also known as COVID-19. The deadly virus has pushed millions of people into isolation.  This kept people in their homes for weeks and months away from their work, their friends,… END_OF_DOCUMENT_TOKEN_TO_BE_REPLACED