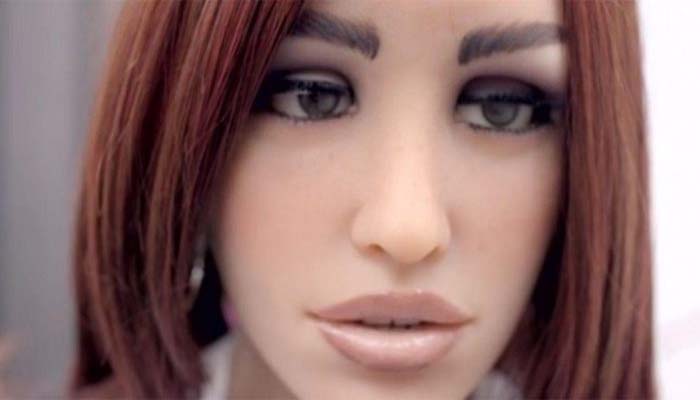 According to a Minnesota legal expert, poorly built sex robots could end up squashing men’s private parts during romps. And apparently, the potential for a flattened penis isn’t the only thing men should be concerned about when using a sex robot.

With no current regulations to oversee the production of sex robots, there’s also a risk that dodgy materials used in manufacturing could poison buyers, as well as damaging their bits.

In an article for The Conversation, Francis X. Shen, associate professor of law at the University of Minnesota, said: “Existing sex products are not well regulated, and this is cause for concern given the multitude of ways in which sex robots could be harmful to their users.

“For example, dangers lurk even in a seemingly innocent scene where a sex robot and human hold hands and kiss.

“What if the sexbots’ lips were manufactured with lead paint or some other toxin?”

And while discussing the possibility that a finger could become trapped during a particularly frenzied session, he highlighted that a penis would be just as vulnerable.

“What if the robot, with the strength of five humans, accidentally crushes the human’s finger in a display of passion?” he questioned.

Will Smith disclosed in a podcast interview recently that he would “consider” running for president “at some point.” In an interview released Monday, the 52-year-old rapper told Crooked Media’s “Pod Save America”: “I think for now I’ll let that office get cleaned up a little bit. And then I’ll consider that at some point down… END_OF_DOCUMENT_TOKEN_TO_BE_REPLACED

Vaccination programs are currently on roll-out and countries that vaccinated for COVID-19 are talking. Questions are everywhere, and it is building up people’s anxieties about vaccination. How has the vaccine affected their population? Are the vaccines any good? Should we research more on newer vaccines? Can the vaccines kill the mutated virus? The answers change… END_OF_DOCUMENT_TOKEN_TO_BE_REPLACED

Texas Senator, Ted Cruz, received heavy criticism after taking a vacation to Cancun with his family in the middle of a crisis. The latest power crisis in Texas left hundreds of homes without electricity and water for more than 48 hours in negative degree weather. This has left the lives of many Texas residents in… END_OF_DOCUMENT_TOKEN_TO_BE_REPLACED