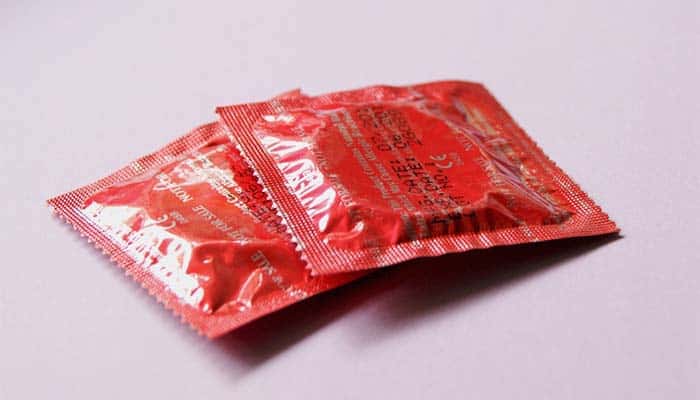 Tales of mad mother-in-laws seem to have replaced Bridezillas as the internet’s current obsession.

From the woman who changed her grandson’s name without her daughter-in-law’s consent, to the mother who showed up in a wedding dress to her son’s nuptials, we can’t seem to get enough of strangers’ family drama.

Still, this latest story to go viral is something else.

Most young married couples have had to deal with the constant “So, when are you going to have a baby?” questions. Despite the fact that it’s really f*cking rude and no one’s business but yours.

But when Reddit user u/Becky_Lynch55 and her husband informed his parents that the answer was never, her mother-in-law didn’t take it too well, and the MIL’s bizarre response will horrify you.

In a post, the writer explained that she and her husband are both in their late 20s, and made the deliberate decision to not have kids.

Several people called them “selfish” for choosing to go child-free, but his mother in particular couldn’t seem to handle their decision.

Allegedly, she “went into hysterics” when she found out, and began ranting about how “the bloodline and family name will die.”

The couple hoped she would eventually get used to the idea, but apparently not, as she went to scary new levels to ensure she got the grandchild she desired.

After offering to make dinner for the pair at their house one night, the mother-in-law asker her son to head to the shop to grab some ingredients.

u/Becky_Lynch55 arrived home to find her husband still out, and assumed the house was empty. So, she headed upstairs to change.

That’s when she found her mother-in-law in her bedroom, poking holes in the couple’s condoms!

She said: “When I opened the door into our bedroom what I see is what looks like MIL carefully trying to poke holes into our condoms.

“She snaps her head in my direction with this mortifying deer in the headlights look on her face. Like a fish out of water.

“She mumbles something about how she’s ‘trying to save the family’ and frantically runs out of the house before I even have a chance to say anything.”

When her husband returned home, he was just as horrified by his mother’s behavior as his wife. And to make things worse, they realised this wasn’t the first opportunity the mother had had to mess with their contraception.

Reddit users were equally as shocked by the mother-in-law’s actions. Some recommended that they go to police and press charges against the woman with one user accurately describing it as reproductive coercion. While others said they should cut her out of their lives immediately.

They also advised her to take a pregnancy test asap, because who knows how long the woman has been pulling this sh*t?

And unfortunately, the test came back positive.

“I’m so distraught that I haven’t been able to sleep in the last four days,” she shared in an update. “I’m sorry I didn’t update sooner but I’ve been in a really dark place.

“At this point we haven’t even spoke or contacted MIL. She’s been blowing up our phones for the last three days, but we haven’t responded.

“I’m just so lost as to what to do. I mean I never wanted to have kids sure, but at the same time having an abortion feels so wrong to me.”

She signed off with: “I can’t believe I’m in this situation right now. I don’t know what I’m going to do.”

The post has since been removed, but we hope things turn out OK for her and her husband (and that the mother-in-law gets her comeuppance).

All allegations remain just as allegations, even half a year after the outbreak of the coronavirus pandemic in China. Everyone outside of the country is left to their own devices to decide whether or not what they see on social media is true. However, things take a different turn when the complaints start to trend… END_OF_DOCUMENT_TOKEN_TO_BE_REPLACED

In his latest weekly blessing at the Vatican, Pope Francis has warned Catholics about the dangers of gossip. Although his weekly blessing is not related to COVID-19, the current pandemic tormenting the world, he has raised important points that everyone must remind themselves of. Pope Francis has been in the highest seat of power in… END_OF_DOCUMENT_TOKEN_TO_BE_REPLACED