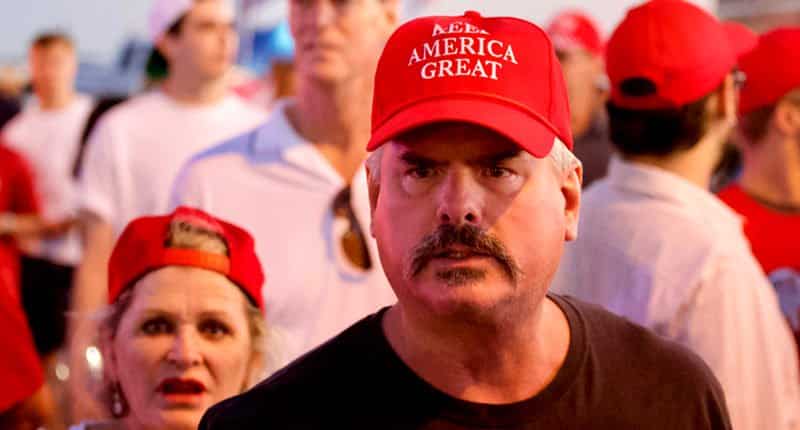 During Donald Trump’s presidential campaign, he promised to make tax cuts that were supposed to help out members of the American middle class significantly. Looking back, this was probably a huge draw for voters. Who doesn’t want lower taxes in this country? Unfortunately, Trump hasn’t made good on his promise and has instead made tax cuts for corporations. As usual, our government is only focused on helping the rich get richer. Trump’s supporters are just learning what an enormous impact this has on their tax returns this season, and they’re certainly not happy. Here are some of their responses.

People aren’t just noticing a small difference in their tax returns. They’re noticing a difference of thousands of dollars. This guy might owe $1300 but to many others who have come forward, he seems to have gotten off easy.

Helping The One Percent

Many people are noticing that major corporations are getting a ton of tax breaks during Trump’s administration while they aren’t getting squat. And not only are the rest of us not getting anything out of Trump’s presidency, but it seems like we’re all going to forced to give quite a bit. This man owes the IRS an additional $3k because if major corporations aren’t contributing their fair share of taxes then someone needs to make up the difference. Since this man can’t do it on his own, we’ll all be making up the difference this tax season.

The Per Member Household Deduction

Prior to the 2018 tax year, those who had a child or a dependent were entitled to a $4,050 exemption per child. Now, those with kids can qualify for what is called a dependent credit in the amount of either $500 or $2,000 depending on the status of the dependent. That’s quite a difference. Also, parents used to be able to both receive this exemption. Now, a dependent’s social security number can only be linked to a single tax return. Seems like these changes screwed this woman who now owes the IRS $2.1k.

Looks like this man is finally seeing through Trump’s lies. While part of Trump’s promise with his tax reform was that people would see an extra $4k in their salaries, he wildly overexagerated. Perhaps this Trump supporter was hoping to see that extra money in his tax return, but unfortunately he did not.

Ben is one of the many whose been screwed by Trump’s tax scam, and instead of getting a refund this year, he’ll have to scrounge up $5k. That’s not exactly the kind of change you can find in your couch cushions. He has a great idea though. Shall we all wait until April 15th to file our taxes? At the very least we’ll be able to overwhelm the IRS with an excessive amount of work to do, and hopefully ruin their summers.

People are struggling to figure out exactly what happened to cause such an enormous difference in their tax returns. While some are blaming it on the tax cuts, major corporations got, others are blaming the change in deductions. It seems only to be affecting the middle class though. Coincidence? I think not.

The Illusion Of A Bigger Paycheck

People were mildly happy when they started seeing a bump in their paychecks in 2018. While it was nowhere near the $4k that Trump promised, it was still something. On average, people were noticing a $20 increase per week. It seems that all of that money, however, was just on loan from the government, and now needs to be paid back. With a 300% interest fee. Yep, your larger paychecks were all just an illusion.

Draining The Swamp And Filling It With Sewage

As if things weren’t rough enough for the middle class, they now have thousands of dollars in tax bills to pay. Mr. Big-D might have an account that clearly belongs to a troll, but he does have a point. How will less money in our pockets effect the economy? Oh wait, they don’t need our money because Trump gave them enormous tax breaks last year. Surely big businesses will be fine while the mom and pop shops continue to close their doors. Business as usual.

Apparently, Trump’s new tax bill provided a few loopholes for major corporations and they aren’t hesitating to take advantage of them. Netflix is just one example. Reports claim that the streaming company made nearly $1 billion last year and figured out a way to pay $0 in taxes. Yep, ZERO DOLLARS. Good for them for screwing the government, but they’re screwing the public as well. If these big businesses aren’t going to pay taxes the people are left to make up the difference. That’s a hell of a difference to have to make up!

Trump’s supporters are just starting to figure out that his only concerns are for himself, the wealthy, and major corporations. You could really simplify this and say he’s only looking out for himself and he just so happens to fall into the other two categories. Regardless, he’s not looking out for the working middle class as he claimed, and if this isn’t enough proof to get these MAGA nuts off the Trump wagon then nothing will.

Choke On Your Bible

There’s no doubt that when Paul Ryan brought this tax reform bill to Trump that this was his intention. As long as they make the major corporations happy, they’ll back Trump’s next presidential run. Getting financial backing is the tough part, it’s convincing the American people to believe everything Trump promises them that’s easy. Hopefully, Republicans have learned their lesson and won’t make the same mistakes.