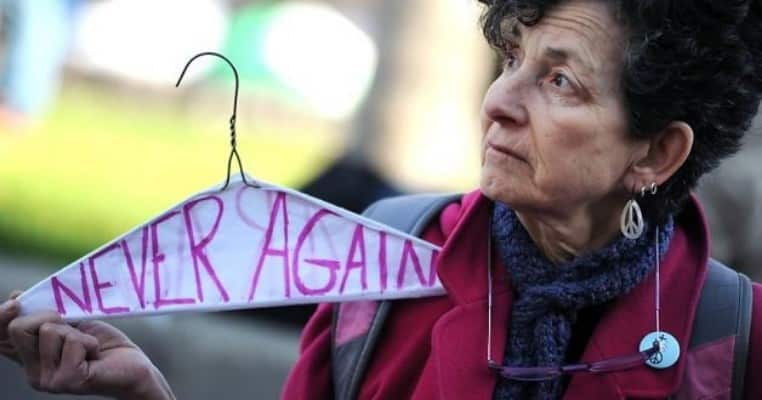 Abortion laws are always a controversial issue. The left is made up of a bunch of baby killers, and the right is trying to strip women of their rights. We’ve heard it all, time and time again. Recently, “late-term abortions” have become a hot-button issue in the media. Even though this isn’t a medical term and abortions after 41 weeks are performed under extraordinary circumstances, conservatives are up in arms. It might have a bad wrap, but late-term abortions save lives. Here are some brutally honest memes that shed light on the importance of abortion rights.

Current statistics show that abortions after 21 weeks make up just 1.3% of all that were performed in the United States in 2015. These are performed because the mother’s life is in danger, the fetus is diagnosed with fetal abnormalities that will result in their death, or the mother was faced with restrictive laws delaying earlier access to abortion care.

As more and more restrictions are put on women seeking abortions, they’re more likely to resort to more dangerous solutions. Blackmarket clinics will start to pop up and women will be more likely to try home remedies. If history repeats itself, eliminating abortion rights will lead to more death as women often died during the procedure or from an infection .

Our country is incredibly overpopulated. It’s just a fact. If we were deer it would be hunting season all year round. Eliminating abortion rights would significantly impact our population, resulting in a drastic effect on our economy. Unless some kind of widespread plague hits our planet, eliminating a woman’s right to abort a fetus could be detrimental to our society in just a few years.

Conservatives get up in arms when a woman has an abortion, but don’t think about how that child’s life would be if they ended up in the system. Adoption is great in theory, but the truth of the matter is that black, Spanish, and mixed babies are far more likely to remain in foster care. Once they turn 18, they’re kicked out of the system and are more likely to end up on the streets or in prison than a kid who was adopted as a baby. In a perfect world, women wouldn’t have to consider abortion because they can be assured that their child will be taken care of.

Conservatives want to eliminate abortion rights, but they also don’t want women to have easy access to birth control. Abstinence just isn’t going to cut it. If birth control was easier to aquire and sex education was properly taught across the country, abortion rates would be significantly lower.

One of the biggest reasons women choose abortion is because they can’t afford to raise a child. Men can easily continue their lives without taking any responsibility and are rarely reliable when it comes to child support. If conservatives don’t want women to have abortions, then one of the first steps they need to do is create a law that holds these fathers accountable.

Did the prohibition prevent people from drinking? No, they created speakeasys and moonshine. The same would happen if abortion rights are taken away.

Ayn Rand, genius, explains it best. “Rights do not pertain to a potential.”

Ohio Will Only Permit Abortions for Non-Pregnant Women, So There

Just In: Republicans Are Determined To Censor The Word “Abortion” Due To Fear Of It Catching On