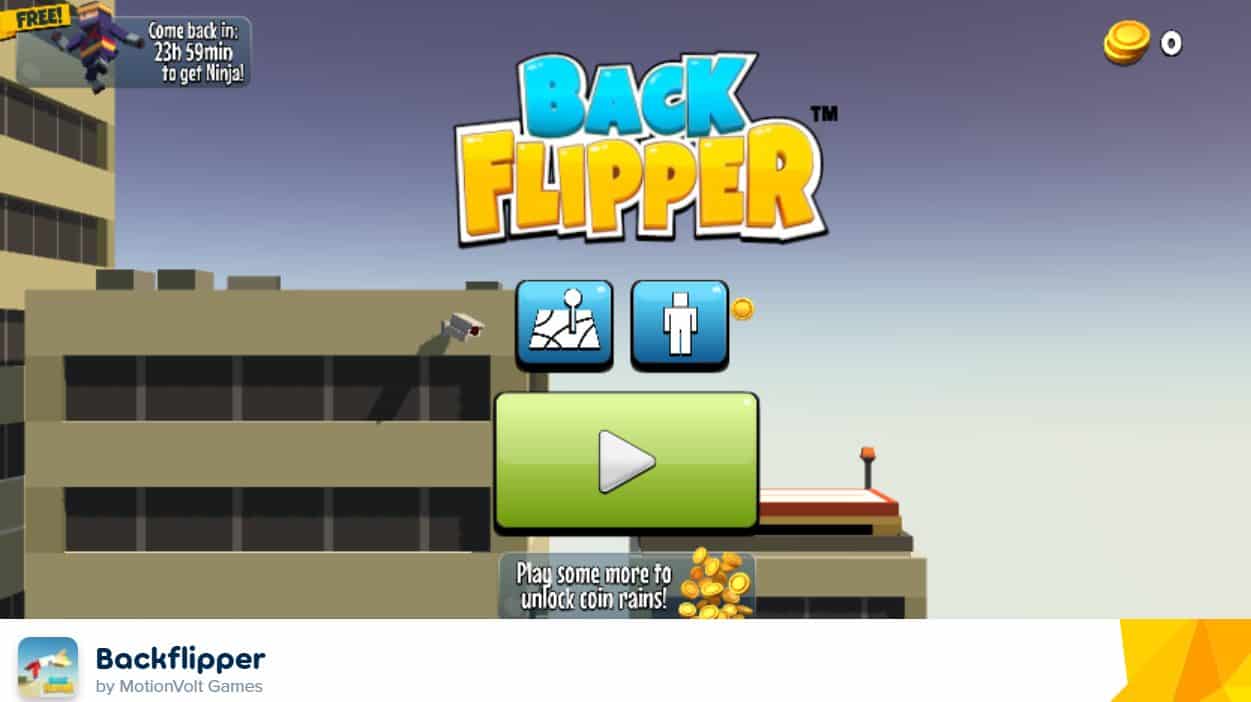 Think about your favorite video game heroes for a moment. What qualities do they all possess? Are they all strikingly heroic, ready to leap into action at a moment’s notice when a wrongdoing is committed by an evildoer? Are they resourceful, clever folk, capable of stringing together weapons and supplies from the most basic materials? Are they the comedy geniuses of LucasArts titles, always ready with a bon mot and a wink to camera upon seeing something ridiculous or absurd?

Chances are your favorite video game heroes are all of these things, but they’re also almost always athletic, incredibly gymnastic and capable of the most incredible physical feats. From Lara Croft to Nathan Drake, from Beyond Good and Evil’s Jade through to God of War’s hulking colossus Kratos, the best video game protagonists battle evil not just with weapons but with their acrobatic physiques. Put simply, the best video game heroes are acrobats as well as warriors.

It seems like MotionVolt is looking to throw their oar into this mix with Backflipper. The Finnish studio’s newest game is a stripped-back celebration of gymnastic prowess, a look at the ways in which the human body can be made to perform amazing tricks and a comedy celebration of what happens when those tricks don’t quite come off as they should. If you’ve played any of MotionVolt’s previous games, you won’t be surprised to learn that Backflipper is great and we’re going to recommend it, so if you don’t need to be convinced further then you can check it out on Poki.com right now.

Still here? Alright then, let’s get to the convincing. Backflipper will feel familiar to anyone who’s played mobile classics like Crossy Road and Angry Birds; indeed, it sometimes feels like a hybrid of both of those titles, with a healthy dose of Canabalt influence thrown in for good measure. The best games are difficult to categorize even as it’s easy to see the melting pot that created them, and such is the case with Backflipper. Then again, what should we expect from the folks that gave us the Trials series?

From Crossy Road, Backflipper takes its endless structure, which sees players continuing to flip through levels until failure. As such, the game becomes a test to see how far you can get and whether you can beat your previous record rather than a strict single-player campaign to complete. For our money, this is a better way to experience Backflipper; it’s not a game to which we’d want to apply a restrictive structure, but it’s certainly a game with which we’d while away hours trying to beat our high score, so the endless nature works.

In Backflipper, your objective is to perform backflips while jumping from roof to roof (or wherever it is your hapless protagonist finds themselves). Points are awarded for each jump, with bonuses scored for successive jumps and perfect landings. Along the way, you’ll also notice floating collectible coins coyly tempting you; these coins can be used to unlock the game’s extra characters and levels, each of which is actually worth unlocking because they change the gameplay in subtle but distinctive ways.

Where the Angry Birds similarities come in to Backflipper is in the actual way in which jumps are executed. Your character will stand still and await your command with a small arrow moving left and right over their head until you click the left mouse button. This arrow works similarly to Angry Birds’ arrow; you click the mouse when you think the jump angle is right. Initially, this process is quite simple, and you won’t find yourself struggling with the first couple of jumps. It won’t be long, though, before you’re overshooting and undershooting jumps massively, flailing uselessly off a building and having to start all over again (or not, if you take advantage of the game’s continue feature, but we’re big fans of the “rip it up and start again” mentality).

Unlike Angry Birds, Backflipper actually makes you stick your landing properly. In Angry Birds, the objective was simply to destroy a shack built by those no-good pigs, and damned if we know where the bird actually landed. In Backflipper, you’ll need to click the mouse button again to ensure a good landing, and you’ll need to land on your feet to continue the game. It’s an intuitive and fun system that never gets old thanks to a number of iterations including harder jumps, longer distances and the ever-present thrill of those coins promising new hilarious avatars to throw off build – err, to successfully jump with.

Backflipper is the perfect afternoon game. Its roots as a mobile title show through, as it’s a simple concept executed very well indeed, much like its titular gymnastic feat. Play this one for half an hour or so, put it down and come back to it when you’re feeling like a short, snacky burst of energetic yet surprisingly strategic fun. Go check it out!

All allegations remain just as allegations, even half a year after the outbreak of the coronavirus pandemic in China. Everyone outside of the country is left to their own devices to decide whether or not what they see on social media is true. However, things take a different turn when the complaints start to trend… END_OF_DOCUMENT_TOKEN_TO_BE_REPLACED

In his latest weekly blessing at the Vatican, Pope Francis has warned Catholics about the dangers of gossip. Although his weekly blessing is not related to COVID-19, the current pandemic tormenting the world, he has raised important points that everyone must remind themselves of. Pope Francis has been in the highest seat of power in… END_OF_DOCUMENT_TOKEN_TO_BE_REPLACED