Wellesley, MA – Would you give up your Facebook for $200?

Rachel Baier, a 14-year-old high school student did just that after striking a deal with her dad that puts $200 in her pocket on the condition that she stop using Facebook entirely for five months. Father Paul Baier has agreed to hand her $50 in April, and the other $150 in June if she can stay her social addiction for the entire five months.

Pretty lame dad, trying to keep his daughter from the growing world of social media, right? Actually, he’s not that lame. In fact, the whole deal was Rachel’s idea.

“It was her idea,” Baier told the Daily Dot. “She wants to earn money and also finds Facebook a distraction and a waste of time sometimes. She plans to go back on after the 6 months is over.”

Kind of a strange arrangement indeed. Heck, the father/daughter duo even drafted an official-looking contract to seal the deal. Paul is a vice president at a Boston-area energy firm, and posted an image of the signed contract to his blog, which is usually about energy technology and sustainability (alright, maybe he’s a little lame).

Check it out, and let us know what you think. Would you give up Facebook for $200? If not, what’s your price? 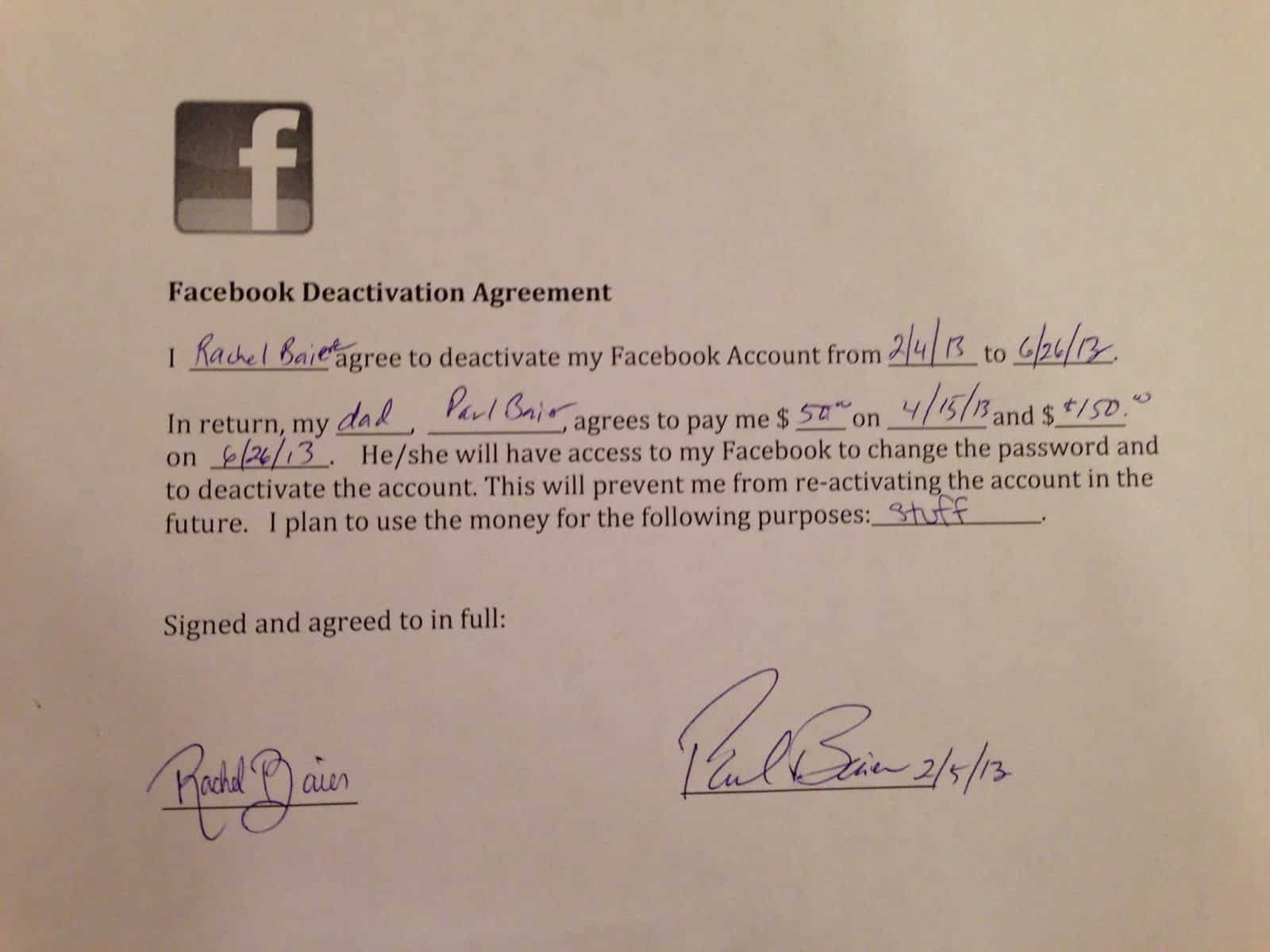