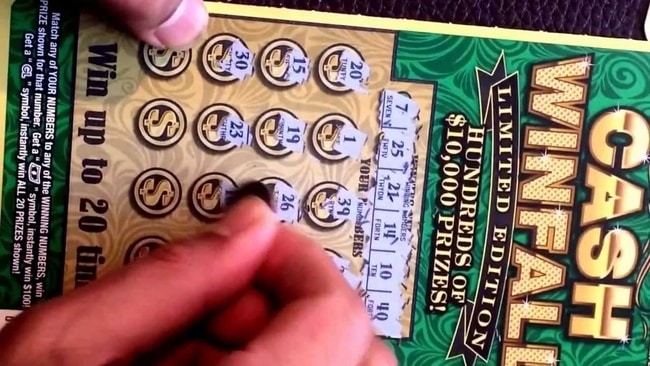 Michigan retirees won millions of dollars in prizes over a ten year period. How, though? Just ask Marge and Jerry and they’ll proudly say: they cheated.

The retired couple interviewed with 60 Minutes this weekend to chat about how they “cracked the code” to rake in $26 million by playing the lottery.

The tale commenced in 2003, when Jerry, who has a mathematics degree, identified an easy loophole in a Michigan Lottery game dubbed Winfall. The lottery game functioned differently than large draws like the Mega Millions, mainly because if nobody had all six matching numbers, the grand prize automatically “rolled down” to ticket holders with three, four, or five matching numbers.

What the Selbees figured out before anybody else was that, during a “roll-down” draw, any person who purchased a massive number of tickets was due for a handsome pay out when they matched three or more numbers repeatedly.

“It is actually just basic arithmetic,” said Jerry. “The only thing I found really remarkable is nobody else really seemed to grasp it.” The first time Jerry tested his theory, he invested $3,600 in tickets and won back $6,300. The next time, he spent $8,000 and took home almost twice as much!

In 2005, by the time Michigan cancelled Winfall, the couple had earned millions. However, the now-retirees weren’t ready to let go of their “cheating” ways just yet.

An analogous came in Massachusetts, named Cash Winfall, and could be exploited in the very same manner; the Selbees spent six years snatching up tickets whenever a roll-down draw was disclosed. The two procured hundreds of thousands of tickets, and spent as much as 10 hours daily weeding through them for winners.

Seems it was just like yesterday when we all fought over and hoarded HEAPS of toilet paper for no reason at all. All the memories are rushing in as the US suffers from a gas shortage. As expected, gas shortage memes are everywhere to bring light to our currently sad situation. Along the US east… END_OF_DOCUMENT_TOKEN_TO_BE_REPLACED

Israel’s Iron Dome has protected the country against missile attacks for years. The Iron Dome in Israel is the biggest of its kind in the world. No other countries in the world use the same air defense system, meaning it is one of a kind. The tension between Israel and Gaza has been going on… END_OF_DOCUMENT_TOKEN_TO_BE_REPLACED

The world is devastated by the news that Britain’s Prince Philip, the Duke of Edinburgh, has died at the age of 99. Palace media confirms that the Duke has expired mid-day today, April 9th. The announcement did not contain any specifics on the cause of death. The United Kingdom will enter a state of national… END_OF_DOCUMENT_TOKEN_TO_BE_REPLACED