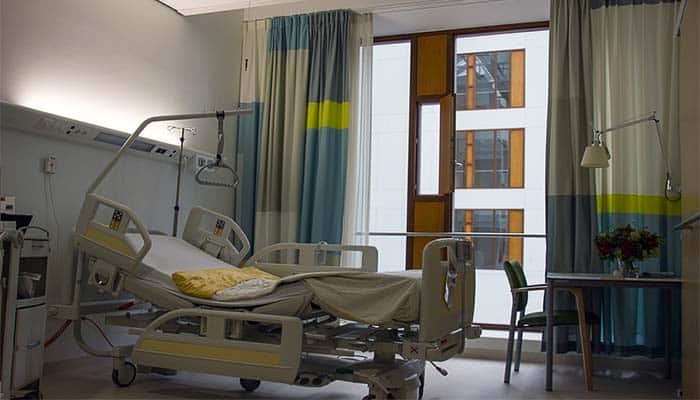 This is the worst case of mistaken identity since “Ross Gellar” robbed a convenience store last year.

A New York man died after his life support machine was switched off with the consent of a stranger.

The woman who made the decision thought the man, who was brain dead after a drug overdose, was her brother.

However, it was soon discovered that the pair were in no-way related, and the woman’s actual brother, who had the same name as the patient, was in jail for unrelated reasons.

Now, the woman – Shirell Powell – is suing the St. Barnabas Hospital for the pain the mistake brought to her family.

Last July, Powell held a vigil at the bedside of a dying man she believed to be her younger brother, Fred Williams, who was unconsious and had suffered brain damage.

Although Powell and her sister noted that the man in the bed did not resemble their brother, the pair determined he was probably just difficult to recognise due to the swelling.

After the patient was discovered to be brain dead, Powell agreed to terminate his life support and began carefully planning Fred’s funeral.

But while conducting an autospy, officials at the city medical examiners office realised there had been a mix-up. The man was in fact Freddy Clarence Williams, another 40-year-old African-American man, not Powell’s sibling. Her brother was actually in jail on assault charges at the time.

“I nearly fainted because I killed somebody that I didn’t even know. I gave consent,” she told The New York Post. “I was like, ‘Where is my brother? What is going on?’ I was devastated.”

Now, Powell is fighting the hospital at the Bronx Supreme Court for unspecified damages, citing negligence and “severe emotional harm.”

The situation has also caused some awkwardness between Powell and Williams, who was mildly annoyed that his sister opted to pull the plug.

“He was saying, ‘You were going to kill me?’” Powell said. “I explained to him, once you’re brain-dead, there is nothing to do.”

And although Williams isn’t angry at his sister for making such a tough decision, he is enraged that the hospital put her in that position.

“How could the hospital do something like that? Look what they put my family through,” he said.

The Michelle Obama Podcast was released on the 29th of July and can be streamed on Spotify, both for free and premium users. The world is currently hyped that the Former First Lady of the United States has released the first episode of her latest podcast. What made listeners even more excited was when she… END_OF_DOCUMENT_TOKEN_TO_BE_REPLACED

Research in Britain has deduced that there are a total of six “general” classifications of COVID-19 symptoms. The research, originally published in June of 2020, has revealed that the symptoms of COVID-19 can be generalized into six different categories. This is based on the data collected from a symptom tracking app. It has been widely proven… END_OF_DOCUMENT_TOKEN_TO_BE_REPLACED