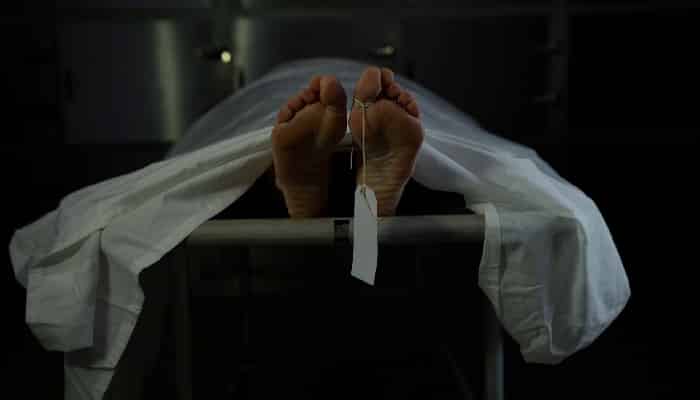 A woman mistakenly pronounced dead came back to life in the morgue – only to die again a few hours later.

The 62-year-old had been drinking at a family party in Vasilevka, Russia, when she seemed to pass away. A policeman called to the scene pronounced her dead, and the grandmother’s “body” was taken in a hearse to the morgue.

But as it turns out, the woman was still alive, and began wriggling when a staff member tried to place the identification tag on her foot.

The shocked morgue worker promptly called an ambulance, and paramedics spent 40 minutes trying to revive her. Sadly, she later died for real at a nearby hospital, from what chief doctor Mikhail Danilov described as “extreme cold” (or hypothermia) from the morgue.

Unfortunately, doctors believe had she received adequate treatment to begin with, she likely would have survived. As a result, a police investigation is being launched into her death,

A health official claims that the cop who initially attended the scene broke procedure by not calling an ambulance and pronouncing the woman dead himself.

“The police officer did not call for an ambulance, as required by instructions,” said the spokesperson.

“He certified the death on his own, called the undertaker’s and sent the body to the morgue without accompanying documents.”

Just this week, lawmakers approved a bill establishing the District of Columbia (D.C.) as the 51st state of the United States of America. This is after multiple calls and protests from the citizens to finally consider D.C. as a state.  However, the bill is not out of the woods yet as it faces multiple oppositions… END_OF_DOCUMENT_TOKEN_TO_BE_REPLACED

John Bolton’s new book entitled ‘The Room Where it Happened’ had been stirring up quite the attention since it was announced for release last week. Officially released only June 23, the new book seems to threaten the Trump administration as there had been moves to get it unpublished. The request was later on turned down… END_OF_DOCUMENT_TOKEN_TO_BE_REPLACED

Learning about the Juneteenth Holiday The Juneteenth holiday, celebrated every 19th of June, is a commemoration of the liberation of enslaved African-Americans in the United States. It was on the 19th of June 1865 when Union Army General Gordon Granger announced General Order No. 3 in Galveston, Texas officially emancipating slaves in the entire state.… END_OF_DOCUMENT_TOKEN_TO_BE_REPLACED