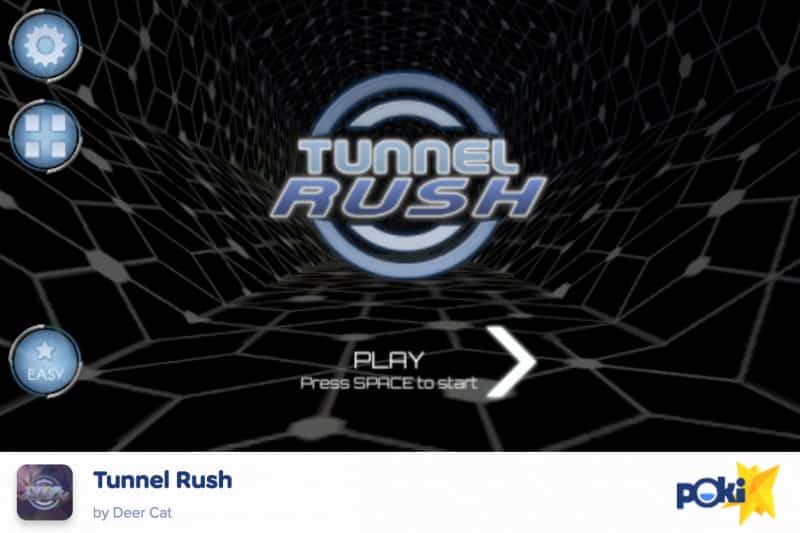 Some games feature expansive, borderless open worlds that allow players to travel their length and breadth, seeking adventure in corners far and wide. For a long time in the world of gaming, this was the standard; franchises that were once level-based became open-world, and sandboxes overtook linear games as the go-to model for the triple-A industry. Whether this was down to the example set by the monumentally successful The Elder Scrolls V: Skyrim or some other force we cannot know, but it’s undeniable that you couldn’t breathe for sandbox games until recently.

The indie sector offered an alternative, as it often does: a return to the level-based, skill-centric gameplay of yesteryear. Games like Super Meat Boy, N+ and Velocity 2X showed developers that it was still possible to create compelling, exciting linear experiences in gaming, but it wasn’t just the indie console sector that did so. Browser-based games are also flying the flag for this honored tradition, exemplified by games like Stickman Hook and Deer Cat’s Tunnel Rush.

If you’ve never played Tunnel Rush before, try to imagine a hybrid of auto-runners like Bit.Trip and the score-based shooters of yesteryear like Tempest 2000. From the latter, Tunnel Rush takes its trippy, relaxing visual style, and from the former its relentless sense of movement and progress. This game has managed to rack up over 20 million downloads on mobile platforms, and the browser version brings with it the same excellence of design that drew so many people to the game in the first place.

Let’s back up a little. Tunnel Rush is an auto-runner in which the objective is to reach the end of each stage; the game is continuous, but still split up into levels, with the main menu offering the chance to continue from the latest stage you’ve reached. Along the way, you’ll dodge various geometric shapes as obstacles, some of which are in motion, some of which are stationary.

Tunnel Rush is a fairly minimalistic title; there’s no jumping, no powerups, no weaponry and no unnecessary ornament here. Instead, the only control available to you is the ability to move left and right with the keyboard. The stage is in constant motion, so the central challenge of the game is speedy course correction and ensuring you’re in the right place to dodge obstacles. This is a game of positioning, reflexes and forward planning.

It’s also a tremendously fun experience, and there are a number of factors that contribute to this. First off, it’s worth talking about the presentation of Tunnel Rush. The music here manages the rare feat of being simultaneously relaxing and intense; its techno-hum lulls players into a false sense of trance-like relaxation while also remaining urgent and constant. It’s this mood that Tunnel Rush wishes to evoke in its players, this mixture of casual gaming complacency and hardcore twitch reactions that gives Tunnel Rush its distinctive atmosphere.

That atmosphere is crucial to enjoying the game, too, because the other thing to be said about Tunnel Rush is that it’s pretty tough. It’s not difficult in a Dark Souls-esque, “difficulty-is-the-selling-point” kind of way; it’s more that the game doesn’t pull any punches and wants you to keep up with it as much as you can. Each stage simply presents you with obstacles and doesn’t excessively tutorialize; you’re moving, there are things in your way that would rather you didn’t move, you have to avoid them.

In a way, Tunnel Rush’s biggest selling point is its relative simplicity. The hazards do increase in difficulty and frequency, forcing new strategies and requiring you to think outside the box for one or two stages, but for the most part you’ll be coming up against the same geometric shapes over the course of the game. There are 100 stages to tackle, but they’re quite short, so you probably won’t be at this one for a seriously long time; that said, there’s something to be gained by brevity, so Tunnel Rush doesn’t lose any points there.

Perhaps the most appealing thing about Tunnel Rush is the stripped-back nature of the experience. While you’re playing, it’s just you, the tunnel, and a bar at the top telling you both how far you’ve travelled and how long you have until the stage ends. There aren’t any unlockable extras, and the options screen is refreshingly bare, offering only the opportunity to adjust the volume or reset all progress if you wish to start again. Those who wish simply to game, without any impediment to their progress, would do well to play Tunnel Rush.

In the final analysis, Tunnel Rush is, pure and simply, a video game. That’s not damning with faint praise: in this age of microtransactions, excessive frontends and bids for your hard-earned cash, the ability to simply create a video game that’s fun to play and has a well-implemented difficulty curve is welcome indeed. Tunnel Rush is a throwback to the days of yore when games were games, and it’s all the more appealing as a result.