by Dan Evon 10 years ago10 months ago

Mr. T’s social media push is all connected to his new Mr. T app. The app makes it easy to follow the actor on Twitter (and you should, he’s hilarious) and you can even ask him questions.

The app also includes a Mr. T eight ball, an alarm clock, and the T-Booth. 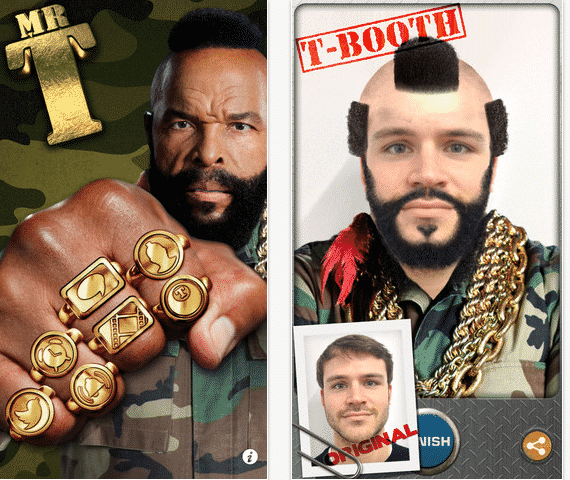 Doesn’t that guy look so pumped to be in the T Booth?

The app is currently available for $0.99. “REDUCED PRICE FOR A LIMITED TIME ONLY FOOLS!” So you better hurry to the app store. If you don’t need the T Booth, the magic eight ball, or the alarm clock, you should still follow Mr. T on Twitter.

There’s a whole lot of Jibba Jabba on Twitter Mr. T needs to deal with. Too many fools, too little time!