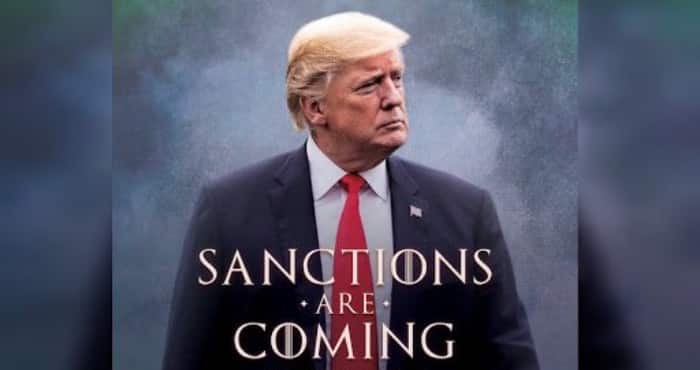 It looks like Donald Trump will do just about anything to get his border wall, including unnecessarily declaring a state of emergency. This would give the president far more power than he has now, and allow him to start construction on the border wall with little or no permission from Congress. Not without consequence, however. Here’s a look at what Trump’s threat to declare a of emergency means for our country.

The History Of Declaring A State Of Emergency

Since 1979, which is three years after the National Emergencies Act was created, it has been used 58 times. Of those 58, there are still 31 issues with laws that are still in effect today, which puts our country in an overall state of emergency for four decades. To give you an idea of what kinds of issues have been deserving of putting our country into a state of emergency, think avoiding terrorism after 9/11 and medical protocols to prevent spreading the swine flu in 2009.

Trump Has Declared A State Of Emergency Before

Since Trump has been in office, he has used this power move on three separate occasions. The first was in response to 13 people, mostly generals and heads of state, who were accused of ordering executions and mass murders with the intention of eliminating the Rohingya Muslim minority in Myanmar. Next was an order that sanctioned anyone who was found to have used social media to influence elections, likely a result of Russians creating Facebook groups and campaigns to get Trump in office. Lastly, Trump declared a state of emergency just this past November over Nicaraguan President Daniel Ortega’s violent regime.

With the government shutdown going on several weeks now, those being affected are starting to cause a commotion. People are out of work, others are working without the guarantee that they’ll be paid, and a huge number of necessary government programs that citizens rely on are closed. So, while Trump is being pressured from his supporters to get things moving on the border wall, he’s also feeling the heat from government employees who want an end to the shutdown. The president is a stubborn ass though and claims the government shutdown could go on for months or even years if an agreement isn’t made in his favor.

What Is Considered An Emergency

There are actually no specifications. Congress hasn’t put in writing what is considered a big enough problem that a state of emergency would be deemed fitting, which poses a problem. This would allow a president to call a state of emergency over practically anything, and all he has to do is sign a piece of paper. Elizabeth Goitein, co-director of the Liberty and National Security Program at New York University’s Brennan Center explained:

“The actual discretion to declare an emergency is almost unlimited. I mean, Congress has not set any limits. Congress hasn’t provided any definition of national emergency or required the president to make any showing. He can really just sign his name to a piece of paper.

At that point, the president needs to report to Congress every six months on the money he’s spending under the emergency. And probably most important: Congress is supposed to meet every six months, while an emergency is in effect, to consider a vote on whether to terminate the emergency. And that was written into the 1976 law. But even though that law has been in place for 40 years, there have been states of emergency in effect during every one of those 40 years. [And] Congress has never voted on whether to end a state of emergency. So that part of the law, that check, the important check that was put in there has just been entirely ignored. “

Maybe it’s time we start to pressure Congress to start enforcing that law, since it’s kind of seems like an important one. That’s just my opinion though..

What Powers A State Of Emergency Would Give Trump

The National Emergencies Act was designed so that new laws needed in a state of emergency can be created instantly without the lengthy process usually required. It’s intended to give the government temporary freedoms until the emergency passes, but it’s not uncommon for presidents in office to take advantage of the act. For example, after 9/11 former President Bush used the declared state of emergency to call hundreds of thousands of soldiers out of reserves and sent them into active duty in Iraq even though the two were unrelated.

Here are a few frightening things that a declared state of emergency at the border wall would allow Trump to do:

This is just a few of the hundreds of laws Trump could potentially abuse under a state of emergency, but not without consequence. Any unnecessary abuse of his powers would likely result in numerous lawsuits and trials, but that might not be enough to stop Trump. We all know that our president really shouldn’t get himself in deeper with the law, but we also know that he thinks he’s invincible. Fortunately, a state of emergency doesn’t give Trump complete governmental control so we don’t have to worry about having a dictator on our hands.

Recent trends have reported that K-pop fans in the US are getting mixed in with current issues in politics. K-pop fan communities are using online platforms to rally up and protest against racism in the United States. In support of the #BlackLivesMatter movement, the online K-pop community has come together in protest. Never has it… END_OF_DOCUMENT_TOKEN_TO_BE_REPLACED

Just this week, lawmakers approved a bill establishing the District of Columbia (D.C.) as the 51st state of the United States of America. This is after multiple calls and protests from the citizens to finally consider D.C. as a state.  However, the bill is not out of the woods yet as it faces multiple oppositions… END_OF_DOCUMENT_TOKEN_TO_BE_REPLACED