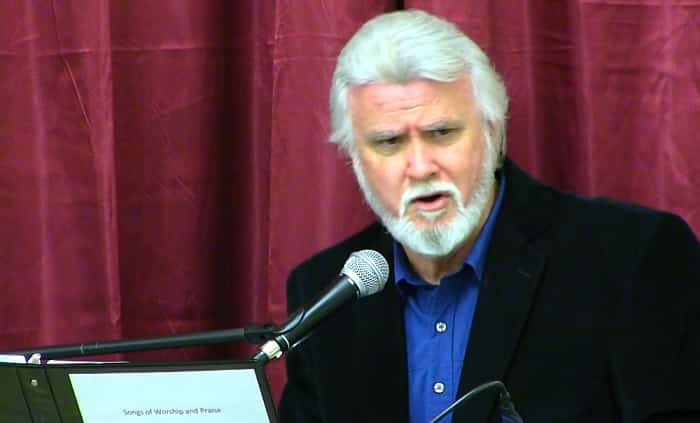 It’s not uncommon for insanely popular celebrities to snap with all the pressure of being crazy famous. After all, they are humans too and sometimes they need a break from all the high-society elbow rubbing. Elvis Presley is probably one of these kinds of people. Hence, his death did not come easy to his fans, they even think he is still alive as a singing preacher.

The thing is, had Elvis not died of prescriptive drug abuse at age 42 back in 1977, he would have been 84 by now. His death was a huge shock to the world and multiple theories arose from fans that he faked his death as an escape from it all. Now, we might have another lead as fans are convinced that a singing preacher from Arkansas is actually Elvis in disguise.

The said singing preacher is named Bob Joyce (yeah, sure), and he lives in Benton, Arkansas. Joyce is actually quite prominent in his local community for having a deep baritone which is the hallmark of his church service. Here’s a video of “Bob Joyce” singing in a usual church session:

It’s easy to see where the Elvis fans are coming from with these theories, Joyce’s voice does bear a striking resemblance to the King of Rock’s. Of course, there are some nonbelievers too among the fans, saying that Joyce appears too young and also does not match Elvis’ blue eyes. Sadly, even pastor Bob Joyce denied these claims (of course he would).

Still, fans are not giving up, at least to some of them, Elvis is now living a life of religious fulfillment rather than being an alien abductee. Now, if only we could find out where Michael Jackson also went in hiding…

Where Is Tupac? CIA Addresses Rapper’s Death On Twitter

Just this week, lawmakers approved a bill establishing the District of Columbia (D.C.) as the 51st state of the United States of America. This is after multiple calls and protests from the citizens to finally consider D.C. as a state.  However, the bill is not out of the woods yet as it faces multiple oppositions… END_OF_DOCUMENT_TOKEN_TO_BE_REPLACED

John Bolton’s new book entitled ‘The Room Where it Happened’ had been stirring up quite the attention since it was announced for release last week. Officially released only June 23, the new book seems to threaten the Trump administration as there had been moves to get it unpublished. The request was later on turned down… END_OF_DOCUMENT_TOKEN_TO_BE_REPLACED

Learning about the Juneteenth Holiday The Juneteenth holiday, celebrated every 19th of June, is a commemoration of the liberation of enslaved African-Americans in the United States. It was on the 19th of June 1865 when Union Army General Gordon Granger announced General Order No. 3 in Galveston, Texas officially emancipating slaves in the entire state.… END_OF_DOCUMENT_TOKEN_TO_BE_REPLACED