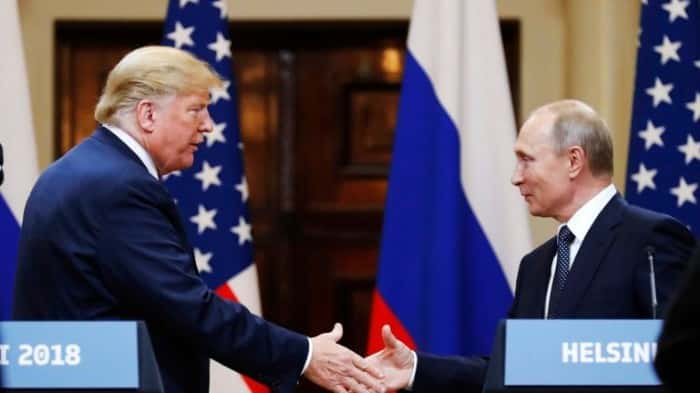 A new year may be ahead of us, but the memory of the last one is still fresh in most of our minds. One for the history books, 2018 is just another blemish on our country’s reputation. Here are some of America’s most embarrassing political moments of 2018.

When Melania Wore This

The First Lady made waves when she chose to wear this jacket with the words “Really Don’t Care Do U?” written across the back on her way to visit immigrant children who’d been thrown in detention centers. Separated from their parents at the border, the response was an overwhelming yes.

When Trump Forgot The Words

Remember when Trump embarrassed the country after forgetting the national anthem during a college football game in Atlanta? If you don’t, then you might remember the second time he did it after his failed Super Bowl event when he invited a bunch of Philadelphia Eagles fans to the White House. Only this time it wasn’t the “Star Spangled Banner” he forgot the words to but “God Bless America.” Talk about awkward.

In 2018, the government was shut down on three separate occasions: in January, February, and December. The president will literally do anything to get his damn wall started. Speaking of his wall…

Immigration detention centers were a huge focus in the media last year, as the separation of children and parents at the border raised suspicion. It wasn’t long before reports began to surface claiming that children were living in deplorable conditions. Evidence of sexual and physical abuse occurred times, and several children have even died in the care of border agents.

Only in America would the president of the United States invite a washed-up rapper turned fashion designer to a meeting at the White House and think it should be taken seriously. At least having Kanye West in the Oval Office made Trump appear sane by comparison, which was probably the big plan all along.

The GoFundMe Page For The Wall

Veterans are living on the streets, Flint is still without drinkable water, and Louisiana still hasn’t recovered from Hurricane Katrina yet people are donating their money to build a goddamn wall. It took just days to collect millions towards a cause that won’t ever be approved. This just goes to show how a racist agenda will always take precedence over helping our own. If that’s not terribly embarrassing then I don’t know what is.

Even after it became quite clear that Brett Kavanaugh didn’t belong on the Supreme Court or in any kind of power position, he remained supported by our dear president. Numerous women came forward accusing the man of rape and sexual assault, but as usual, no one cares what women have to say. Even his unprofessional and guilt- outbursts at his trial weren’t enough to get him to boot, and he now sits on the Supreme Court.

Gift-giving isn’t just a seasonal affair between friends, families and acquaintances. The art of gift-giving is also conducted on a national scale with countries often sending each other big, weird and expensive gifts. Experts in all things gifts, Vanilla Reindeer put together some examples of these expensive and odd gifts that have been shared between… END_OF_DOCUMENT_TOKEN_TO_BE_REPLACED

There are lots of ways you can make Pres. Trump feel welcome: you can offer him coffee, or mow a penis into a field for him to view as his plane lands. The willie in question has been chopped by Born Eco ahead of the arrival of President Trump, who visited the UK Monday for… END_OF_DOCUMENT_TOKEN_TO_BE_REPLACED

The year isn’t even halfway over, yet Donald Trump has managed to make a fool of himself and our country countless times. From inviting the national college football champions, the Clemson Tigers, all the way to the White House for some McDonald’s to his to the dreaded results of Mueller’s investigation, it has been one… END_OF_DOCUMENT_TOKEN_TO_BE_REPLACED

Republicans have always said that when they gained control in Congress, they would work to overturn Roe v. Wade and here they are, cashing in on that promise one state at a time. So far, Alabama, Arkansas, Georgia, Kentucky, Missouri, and Ohio have all passed incredibly restrictive laws on abortions, making it illegal for women… END_OF_DOCUMENT_TOKEN_TO_BE_REPLACED

If you’re on Snapchat, then you’ve probably played around with (and were likely horrified by) their filter gender swap filters. While you’re probably using these filters to send hilarious pics to your friends, some guys using them to create Tinder profiles. What likely started out as a joke has quickly evolved, and these guys are… END_OF_DOCUMENT_TOKEN_TO_BE_REPLACED

“Milkshaking” is a hilarious trend in Britain where a milkshake is thrown at and ideally lands on a far-right politician or activist. The point of this nonviolence protest is to humiliate them without causing injury. Physical injury at least. There’s no doubt that milkshaking has led to a few bruised egos. Not only is this… END_OF_DOCUMENT_TOKEN_TO_BE_REPLACED