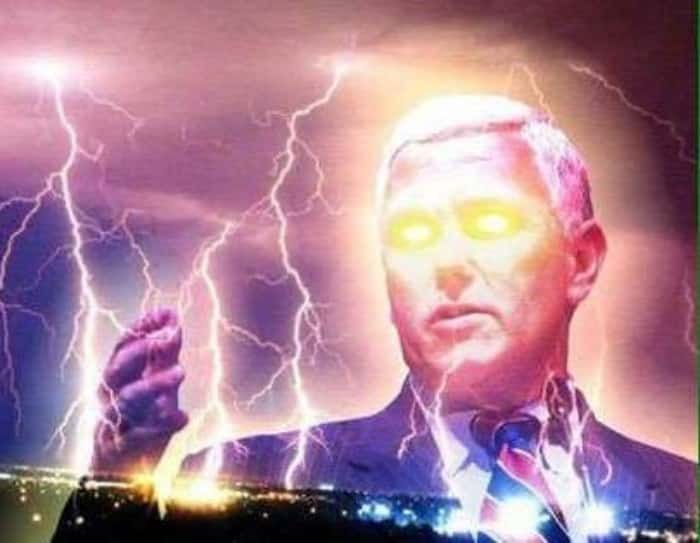 We all know that Mike Pence is a bad guy in real life, but he also looks like quite a few our favorite fictional villains. It’s almost like these evil characters were modeled to resemble the Vice President. From our favorite school for witchcraft and wizardry to New York’s most high schoolers, a Pence can be found. The internet has spoken, and Vice President Mike Pence seems to have all over the place.

It’s hard to pull off any resemblance to He-Who-Must-Not-Be-Named as his snake-like snout isn’t exactly something most people are born with. Pence manages to pull it off though. Perhaps it’s because of the VP’s naturally thin, sharp nose or his natural snarl, but Pence and could be twins. Or at the very lease second cousins.

2. The Sontarans Of Doctor Who

I’ve never seen Doctor Who, an admission I expect to receive a lot of hate mail for, but that’s what the internet is for. The Sontarans are a race of savage extraterrestrials who apparently have no fear of death, so it would seem Pence has more than just his appearance in common with this fictional species.

James Bond movies are classic. Known for casting hot women to play Bond girls and creepy men to play the villains, like Pence may have missed his calling in life. Perhaps Donald Trump will help him get into acting after their political careers come to an end. That if they don’t both end up behind bars.

Gossip Girl was the highlight of fan’s weeks, as its overdramatic interpretation of being a high school student in New York never disappointed. The show’s favorite bad boy Chuck Bass didn’t fall far from the tree, as they say, and his dad Bart was quite the villain during the shows early episodes. According to the internet, he and Mike Pence could be twins!

They might have different barbers, but Pence and Lucius Malfoy are seriously twinning. Can’t you picture Pence running around with a house elf on his heels barking orders to help him come up with more reasons women and “homosexuality” don’t belong in the military? Most likely he’d have a house elf more like Kreacher than Dobby though.

If Pence can’t hack it in the acting world as a Bond villain, maybe he can try his hand on a soap opera. According to the master of horror Stephen King, Pence would be a shoo-in. He backs up his tweet by pointing out that both the VP’s hair and stern expression are necessary characteristics of a decent soap opera actor. At least Pence will have some options to choose from after his political career tanks!

7. A Villain With A Death Ray

Death rays always sound scary, but in the hands of a man like Pence, it would be utterly terrifying. Between Trump’s idiocy and Pence’s sinister expressions, the two really have the whole intimidating leader thing covered. Luckily for all of us, their too stupid to realize that the button to their death ray has was inactivated the second Trump’s name was thrown into the presidential campaign mix.

Recent trends have reported that K-pop fans in the US are getting mixed in with current issues in politics. K-pop fan communities are using online platforms to rally up and protest against racism in the United States. In support of the #BlackLivesMatter movement, the online K-pop community has come together in protest. Never has it… END_OF_DOCUMENT_TOKEN_TO_BE_REPLACED

Just this week, lawmakers approved a bill establishing the District of Columbia (D.C.) as the 51st state of the United States of America. This is after multiple calls and protests from the citizens to finally consider D.C. as a state.  However, the bill is not out of the woods yet as it faces multiple oppositions… END_OF_DOCUMENT_TOKEN_TO_BE_REPLACED