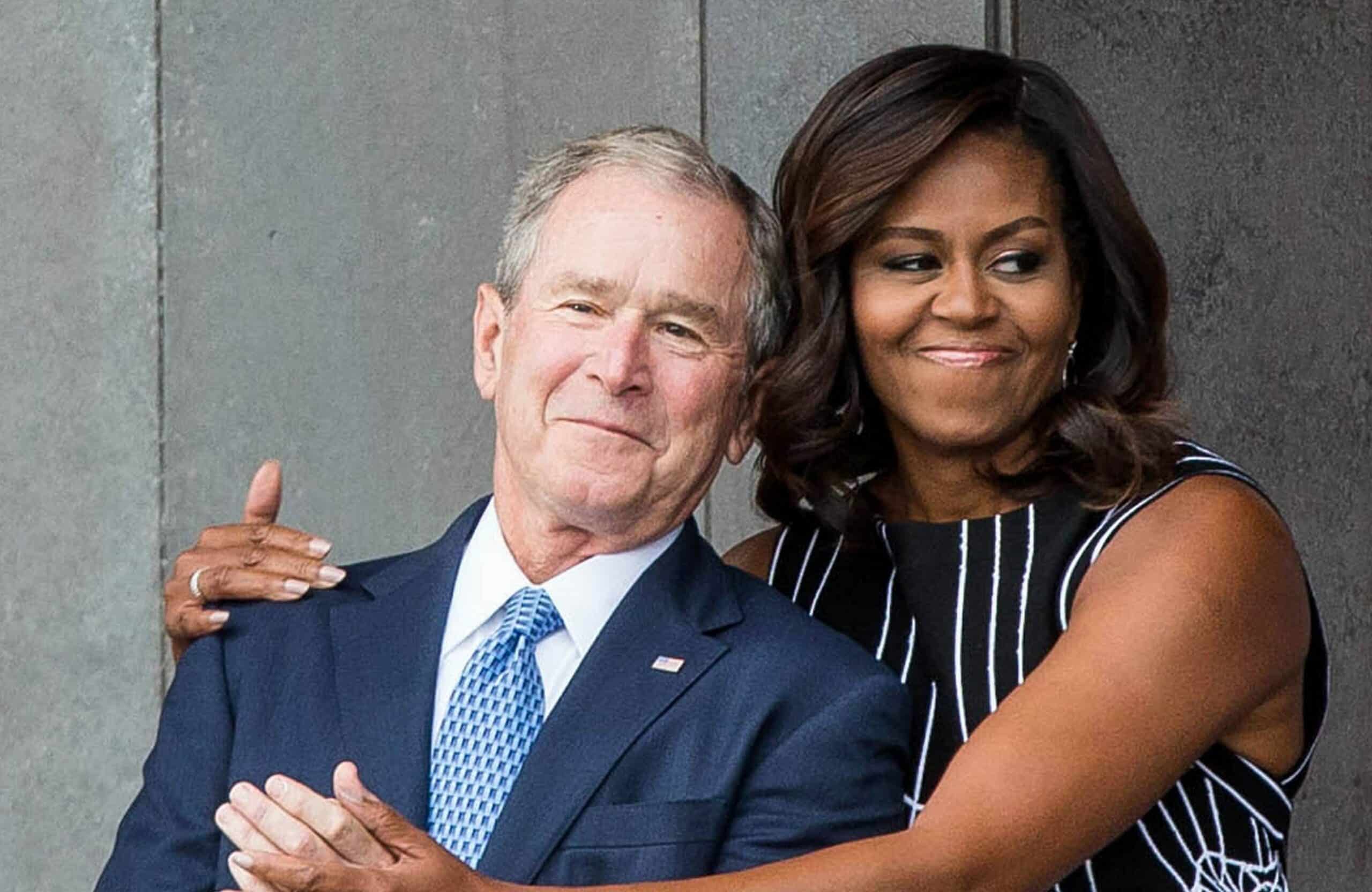 Congratulations, you made it. At the end of any other year on the calendar just reaching the end may not be considered a massive achievement, but 2018 wasn’t your average year. It was the kind of year where, at times, driving your car off a cliff seemed an almost reasonable response.

I mean, this is the man in charge:

WATCH: President Trump abandons his open umbrella at the door to Air Force One while departing for Indianapolis on Saturday. pic.twitter.com/hcKeMIhifg

It took a carrot-coated megalomaniac, an encroaching climate disaster, a widening gap between classes, and a general tidal wave of other penny ante horse shit, but it would appear that the voters of the United States are (finally) returning to the polls. In 2018, voter turnout increased more than ten percent over the last midterm election, reaching a level not seen since 1966.

Regardless of which direction the country heads in the new year, we can be confident that the voice of the people is being heard more clearly than it has in the last half-century.

Mueller Will Finally Wrap Things Up

Donald Trump has been under investigation pretty much since he took office. Hell, one of the president’s favorite past times is dissing Mueller and his league of “angry Democrats.”

The 13 Angry Democrats (plus people who worked 8 years for Obama) working on the rigged Russia Witch Hunt, will be MEDDLING with the mid-term elections, especially now that Republicans (stay tough!) are taking the lead in Polls. There was no Collusion, except by the Democrats!

As Americans, we’ve still got about ten more months of mud-slinging, but most people suggest that 2019 will finally see Mueller’s witch hunt come to an end, for better or worse.

And it’s about damn time.

In a nation that seems irrevocably divided by political bias, the friendship between former Democratic first lady Michelle Obama and former Republican president George W. Bush reminds us that politics aren’t everything.

"I think that our relationship reminds us that we can get there," says @MichelleObama on the friendship she has with former President George Bush and why their relationship stands out in this political climate. pic.twitter.com/Use6jbXB8b

They giggle at official functions; she calls him a “beautiful, funny, kind, sweet man.” That’s something we never thought we’d hear a Democrat say about Dubya, but it’s still lovely.

Dan Crenshaw Made a Friend in Pete Davidson

On November 3, SNL cast member Pete Davidson mocked incoming Republican Congressman Dan Crenshaw for his eye patch. As it happens, Crenshaw took home that eye patch after being injured on the battlefield. Needless to say, neither Democrats nor Republicans found Davidson’s jokes funny. Davidson said it was the first time in a long time that the right and the left came together to agree on something: that he’s a dick.

So, after a whirlwind of controversy, Davidson went on SNL a week later to offer an in-person apology to Crenshaw.

Where this gets better is that — a few weeks later — Davidson published an Instagram post in which he claimed (https://www.cnn.com/2018/12/16/opinions/what-to-learn-from-pete-davidson-instagram-post-drexler/index.html) that he “didn’t want to be on the Earth anymore,” and Crenshaw immediately reached out to the SNL star offering solace and guidance.

Trump Got Burned By an Old School Newsman

This Christmas, some lucky … yeah, let’s go with “lucky,” I guess … some lucky kids got the opportunity to speak directly to Donald Trump at the White House. That handful of little moppets got to learn new words, like “marginal.”

As in, belief in Santa Claus at the age of seven is “marginal,” right?

Fortunately, that little girl had zero clue what Trump was asking; her belief in Santa remained intact. Even better, veteran journalist Dan Rather took to Twitter to slam Trump for criticizing a seven-year-old girl’s belief in Santa.

Just a thought: Which should be considered more “marginal” – believing in Santa at age 7 or not believing in climate change at age 72?

It’s hilarious until you realize it’s true. Then it gets sad. Then you imagine Trump fuming about it, and it gets funny again.

Sure, Beto O’Rourke ultimately came up short in his quest to oust Republican monster under the bed Ted Cruz, but for all intents and purposes, O’Rourke ended up with a better deal than “Texas Senator.”

Even in his loss, O’Rourke proved he can draw donations from people across the country, galvanize the base, and attract new voters. He might not be the incoming Senator, but he’s sitting pretty as the top contender to take on Donald Trump in 2020. He might even do it, too.

2019 will find Washington, DC ushering in a divided Congress; The Democrats will control the House, while the Republicans retain a narrow margin in the Senate. That may sound like a disaster waiting to happen, but, even while it will undoubtedly make for good TV, political gridlock is typically good news.

In the words of economist William A. Niskanen, “Our federal government may work better (well, less badly) when at least one house of Congress is controlled by the opposing party. Divided government is, curiously, less divisive. It’s also cheaper. The basic reason for this is simple: When one party proposes drastic or foolish measures, the other party can obstruct them. The United States prospers most when excesses are curbed, and, if the numbers from the past 50 years are any indication, divided government is what curbs them.”

In other words: a Congress that finds itself incapable of getting anything done is curiously better for the nation at large.

Blind Psychic Who Predicted 9/11 Has More Prophecies for 2019

The world is devastated by the news that Britain’s Prince Philip, the Duke of Edinburgh, has died at the age of 99. Palace media confirms that the Duke has expired mid-day today, April 9th. The announcement did not contain any specifics on the cause of death. The United Kingdom will enter a state of national… END_OF_DOCUMENT_TOKEN_TO_BE_REPLACED

Who would have known that religious prophets would be among the most loyal supporters of former President Trump? In fact, it has been observed that the most conservative Christians may have been the right amount of push for Trump’s presidential win back in 2016. Since Trump’s election back in 2016, numerous self-proclaimed “prophets” have been… END_OF_DOCUMENT_TOKEN_TO_BE_REPLACED

President Biden falls and slips multiple times on the Airforce One Steps and PEOPLE ARE GOING CRAZY! What’s the big deal? Some people are hating, while others are making memes just for the fun of it. We are all human, aren’t we? Everyone’s expected to stumble some time in their lives. However, with the internet… END_OF_DOCUMENT_TOKEN_TO_BE_REPLACED