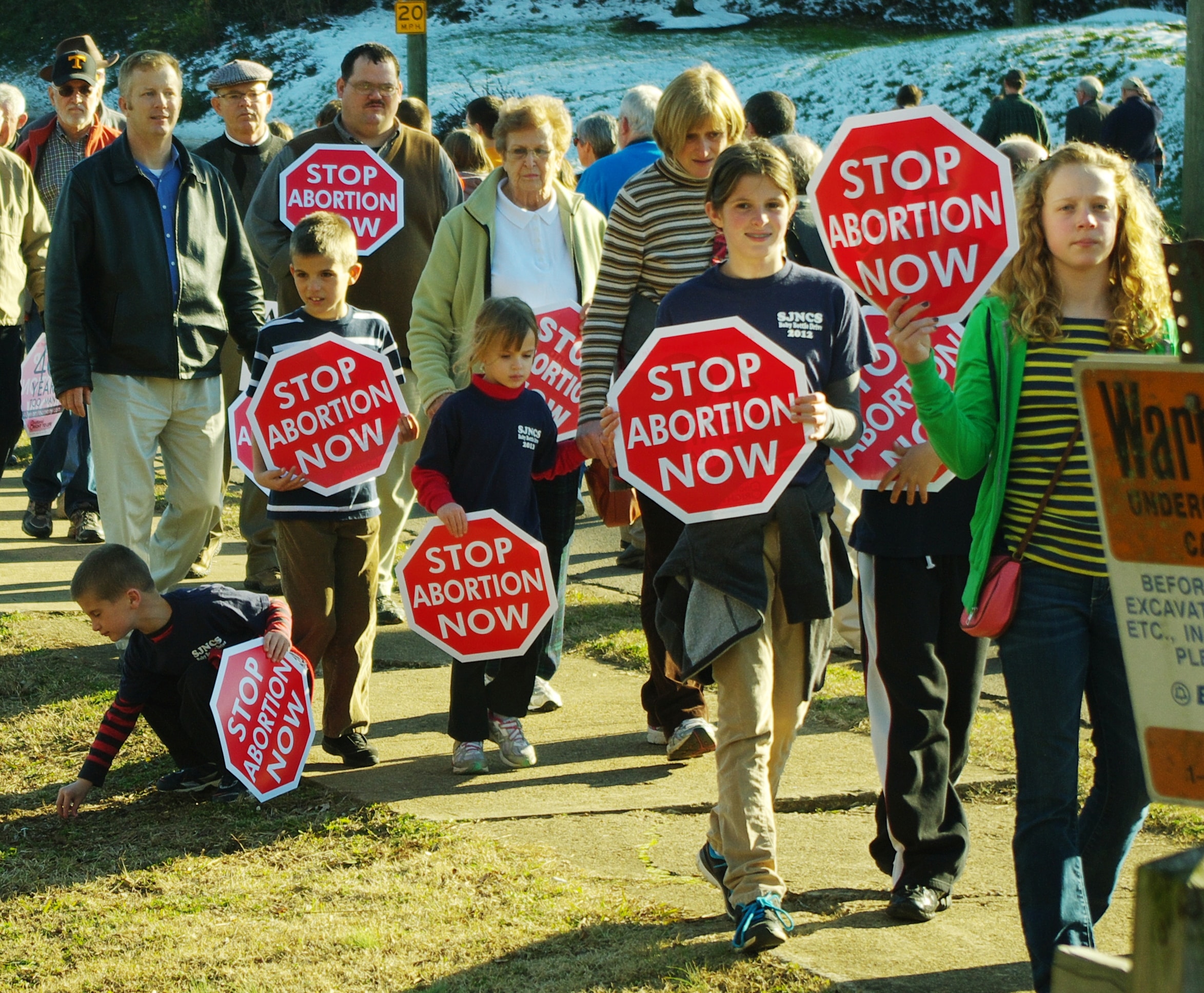 The Republican Party appears to have a somewhat flexible opinion on what the nature of government should be. When it comes to things like regulation, taxes, and welfare, they want the government to get the hell out. But when it comes to imposing their own religiously-based moral rules on a diverse nation with a panopaly of religious beliefs, they are swinging the sledgehammer of Big Government with both hands. It’s this moral flexibility that seems to have allowed the GOP to retain so mcuh of its popularity among elderly morons who think Social Security somehow isn’t a socialist welfare program.. It is true, after all, that Republican voters are in general opposed to abortion. But its a position of incredible logical contradiction.

Let’s consider the first possible reason the GOP wants to take away a woman’s right to an abortion: the moral issue. If you make the arbitrary decision that life begins at the moment of conception, then an abortion would be a type of murder. The thing is, literally no one except for Republican Party backbenchers think this is true. No reputable doctor or well-read human would endorse this viewpoint because it makes no sense.

Imagine if I told you that the raw ingredients of chocolate chip cookies are exactly the same as the finished chocolate chip cookies? “What a dumb thing to say,” you might respond. “I’m going home now.” That is exactly the logic that Republicans use to justify invasive bans of abortions for women they will never meet or apparently have a shred of sympathy for. Just because a lump of cells could theroretically become a living human does not mean that it already is a living human.

At conception, the “life” Republicans are so keen to defend is a handful of cells. You could grow it on a lab bench. It’s not until months into the pregnancy that fetuses even look like fetuses, let alone the babies they should eventually become. Not that you’ll hear any of this from manipulative, plaintive, and desperate anti-abortion propaganda, which often spread lies about what a baby looks like when abortions are performed, using shocking and inaccurate language like “partial birth abortion,” an evocative image that suggests slicing a baby’s throat as it emerges from the birth canal, something that would clearly be amoral by any standard.

By the time the baby looks like a baby, abortion is out of the question unless it’s required to save the life of the mother. Within this voluminous and dishonest propaganda, the GOP is also quite happy to accuse doctors of schemes that would be laughed out of a Saturday morning cartoon for being too far-fetched.

Second, the GOP’s position of abortions is countered immediately by their position on welfare. Every child must be born, they insist. But if you have trouble paying to raise the child we forced you into having, you’re on your own pal! Women who would terminate a pregnancy usually do so for a good reason. Perhaps they know their child will suffer from crippling genetic abnormalities. Or maybe they know they cannot be a good mother at this point in their life.

By eliminating access to abortions, you lock unfit and disinterested mothers into an 18-year commitment that may very well end with the child in jail. Kids born to parents that don’t want them or can’t support them do not fare well in this world, and we have a mountain of evidence to prove it. So if the GOP cares so much about restricting abortions, they should also be hot and heavy to supply child-supporting welfare benefits to anyone who needs them. After all, if preserving life is so important, we better go at it from every possible angle, right?

No, the real reason the GOP wants to ban abortions is that they want to control the moral code of this country. They want to jam their dogma down the throats of every man, woman, and child in this country. Many have confessed that they would prefer a theocracy, or opine that America was founded as a “Christian nation,” which it manifestly was not—simply read the Constitution to debunk that lie.

Whether or not Republicans feel a real sense of moral obligation to curtain abortions, the people that support them seem to believe that their elected officials will support their views, whether or not they make sense. It doesn’t hurt that this gives a bunch of old men a greater power to control women with. Every conservative society seems obsessed with controlling how women behave by policing their dress, sexual behavior, acceptable social presence, and now this. The GOP will not pass up an opportunity to force women to their will. That is the way of old men, and the party is following that line with perfect consistency.

Trump Loves Free Speech Until You Insult Him