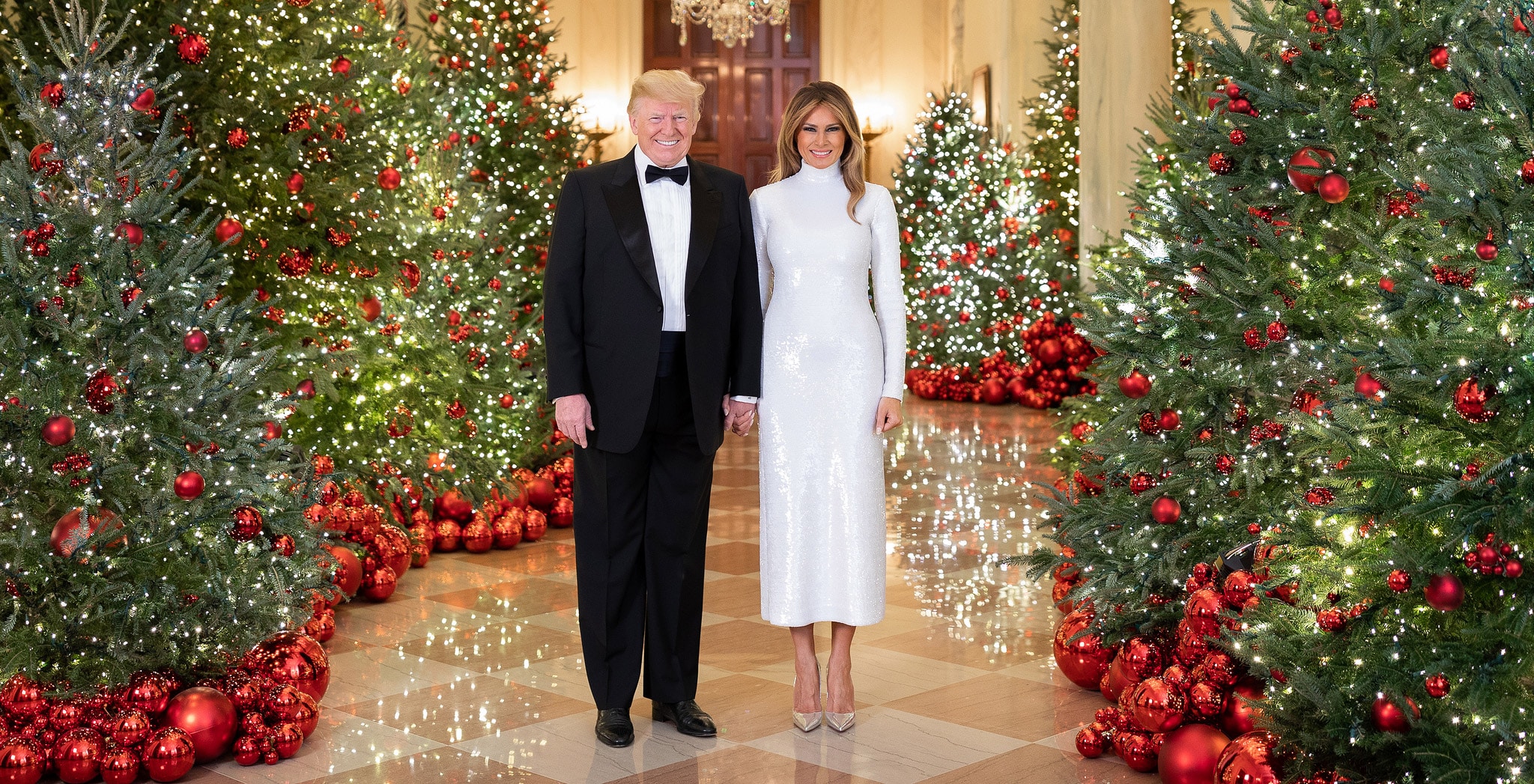 It’s easy to image everyone who bears the Trump surname as an archvillian, cruelly twisting their mustaches while a locomotive bears down on the damsel tied to the railroad tracks. But we should avoid such a careless characterization. While Donald Trump is a TV dinner of a person and Donald Trump, Jr., is criminally moronic, we should not paint all Trumps with the same brush.

Consider Young Barron Trump. He has be fortunate enough to largely stay out of the limelight since Trump’s suddenly successful presidential run. We say “fortunate” because being in the spotlight never seems to help any of the Trumps do anything any better than they normally do.

While Trump’s sole purpose in life might be to get people to talk about Donald Trump, he’s comically impolitic at nearly every opportunity. Art of the Deal was very clearly ghostwritten by someone both smarter than Donald Trump and literate, a skill President Trump has not proved he possesses.

Barron has been able to say out of the public eye because the Trump family has taken steps to hide him from view, which is a surprisingly empathetic move coming from a man who likes the idea of heads on spikes. Perhaps it is an accident. But Barron Trump is kind of a blank canvas. We know very little about him. We don’t know if he’s destined to turn out like dear old dad. But, as if often the case, children seem to either reflect their parents’ attitudes perfectly or reject them wholesale. The latter would certainly be better for Young Barron, but we could find our selves with a Donald Trump Jr. Jr., which would be a loss for us all.

The Ballad of Poor Melania Trump

Melania Trump is a similarly obscure character. While much more is know about her than Barron, she remains curiously tight-lipped at most opportunities. Since Trump is the kind of chauvinistic tool that would always order for her in restaurants, she likely has become used to staying silent. After all, better for your husband’s rasping, sloppy speech to echo through the halls.

She might also be hiding a profound sense of regret. Melania Trump has had a meteoric rise, but it might have been far more than the bargained for. She started out as a nude model, which is exactly the kind of profession a stuffed shirt like Trump would be attracted to. Once she married Trump, she went from posing naked to walking on his arm at all his dumb events, a clear trophy of his virility and masculinity, and a show of Trump’s desperate insecurity.

She clearly married for the money, because it’s impossible to imagine Donald Trump’s appeal otherwise. Can you imagine, that heap of suet grunting on top of you, his terrible hair waving back and force with the three meaty thrusts he gives before collapsing in exhaustion? It must be a trial for her.

Despite being married to a world-class tool, she has even bigger things to be annoyed with. No one could seriously believe that Melania wanted to be the First Lady. It’s a role she seems to resent as much as Trump resents Democrats. She performs only the most mandatory of First Lady functions, and always with the same wooden detachment of a particularly bad stripper. She couldn’t be going through the motions more clearly if she painted it on her boobs.

That’s why it will be of little shock with Melania finally walks away from Trump. What’s stopping her? Well, she’s probably smart enough to know that being Trump’s ex-wife would be quite the gravy train of tell-all memoirs and salacious talk show gossip. But dumping Trump while he still has a veneer of power could be dangerous for her. It would also make Trump look terrible, and it’s possible she waits to leave out of some sort of pity for him. We imagine it’s similar to how you feel when you look at a three-legged but less cute. Maybe there’s a prenup, or maybe she just really likes gold-plated stuff. Who can truly know the mind of another human?

If she’s smart, she’ll dump him right after his impeachment and immediately start hitting the talk show circuit. She might be wooden there, but at least she can verify how truly terrible Trump must be in his personal life. It’s easy to tell by inference from his public behavior, but corroboration from Melania might shake the strongest of Trump supporters. Trump deserves himself and all the messes he has made out of ignorance, arrogance, vanity, greed, and a steadfast refusal to believe anyone else about anything, whether or not they have an Ivy League PhD and decades of highly-relevant experience. He deserves to find himself cold and alone, heating up Stouffer’s in his microwave while he sits on his gold-plated garbage toilet. And as grim as Melania may appear in public, we have to think she deserves better than this prick.

The world is currently crippled by a global health pandemic. However, more and more catastrophes seem to be continuously tormenting the world. Threats of a recession, unemployment, and illness do not seem to be enough punishment for mankind. Explosions, threats of war, and accidents are happening. What is worse is that there are natural calamities… END_OF_DOCUMENT_TOKEN_TO_BE_REPLACED

The Michelle Obama Podcast was released on the 29th of July and can be streamed on Spotify, both for free and premium users. The world is currently hyped that the Former First Lady of the United States has released the first episode of her latest podcast. What made listeners even more excited was when she… END_OF_DOCUMENT_TOKEN_TO_BE_REPLACED