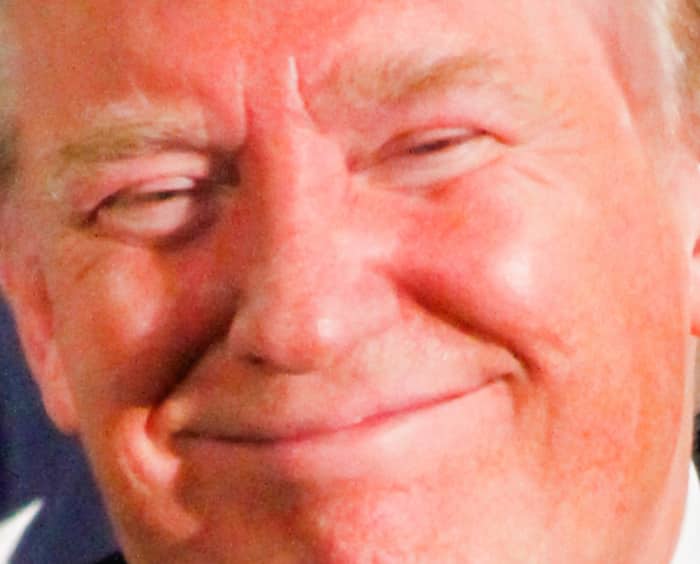 The smoke is still rising from the charred corpse of the 2018 midterm elections, and already eyes are turning to the future. Having freshly won the House of Representatives, the Democratic Party will likely spend the next two years making Donald Trump’s job as hard as possible — a daunting task considering Trump already makes the job pretty damn hard on himself.

Even as they remain focused on crapping all over Trump’s agenda, the Democratic Party still has to comb its ranks in the hopes of finding some poor sap willing to take on Trump in 2020. I know, you’re thinking that Trump should be easy pickings by the time his criminal prosecution is wrapping up in November 2020, but you’d be wrong. In spite of all the garbage currently piling up at the feet of the Trump administration, some folks still put his chances of winning in 2020 at around 70 percent.

Regardless of how you might feel about the windbag, it’s important to remember that Republicans fucking love them some Trump. When you combine that fanaticism with the fact that a) Republicans vote, and b) the electoral deck is stacked squarely in the GOP’s favor, you’ve got one nasty customer come 2020.

To take down Trump, you’ll need a soldier, someone who can unify the base and even attract some new voters. It remains to be seen if the Democrats have someone who fits the bill, but they have to put up somebody, right? Here’s who they got:

Before 2018, Texas Dem Beto O’Rourke wasn’t known outside the district he represented. Then, he gave incumbent US Senator Ted Cruz a real run for his money in the midterm election. Sure, O’Rourke ultimately lost, but that didn’t stop the politician from earning some major cred, making him the current front-runner as a Democratic presidential candidate.

Sure, he knows how to fail upward just like D-Town, but that probably won’t be enough to topple Trump. It’s a good thing O’Rourke knows how to look good losing.

The current Senator from New Jersey can be pretty electrifying in person — which is likely why people forgive him for being from New Jersey. Anyone who’s been paying attention to the guy noticed him positioning himself as the Democratic presidential candidate over the last several months. All that remains is for him to make the announcement official.

Booker has a history of taking down slumlords, so he should be right at home lining up across from Donald Trump.

Clinton has already said that she’s considering another run for president in 2020, but here’s hoping that notion doesn’t get past the rumination stage. Four years after her surprise defeat, Clinton is still divisive, Trump is still blaming her for crap, and she’s entirely outclassed by the other Democrats in the fray.

Odds of winning: A zillion to 1

Warren has been gravitating toward a presidential run for several months. Or, at least she’s been trying, but it’s not going great. When she thought she was putting rumors of faked Native American heritage to rest with a DNA test, she was really just pissing off Native American groups. Why? Because Warren is, at most, 1/64 Native American, which, in the words of CNN, “um, ain’t a lot.”

Still, Warren is a competent, aggressive politician who is still number one in a lot of people’s books. Too bad she can’t win; as much as some Democrats love her, every Republican on the planet thinks Warren is our best bet to kickstart the Apocalypse. Seriously, they Hillary-level hate her.

Biden didn’t run as the Democratic presidential candidate in 2016 because he was grappling with a personal tragedy. His son, Beau, died of brain cancer in May of 2015.

Even though he’s not at the top of most polls four years later, Biden is still a wildcard not to be ignored (just like Trump was in 2016). He’s folksy as hell, and he’d be happy to go toe-to-toe with Trump on the campaign trail, which means Biden could have the stuff to compete.

The rich, little fella who knew what was best for New York City is willing to bet he knows what’s best for the United States, too. He looks great on paper: basically, he’s everything Donald Trump claims to be: a rich, self-made man with a massive brain. He’s also a former Republican, which raises the possibility that as the Democratic presidential candidate,  Bloomberg could sway some GOP voters who aren’t extra-thrilled with Trump (yes, they do exist).

Of course, when debate time came, he’d need to stand on a stack of phonebooks just to see over the podium.

Democrats love Kamala Harris almost as much as Trumpians love their bloated carrot of a leader. Sure, she’s got basically zero experience compared to most of the competition, but I feel like there was some other politician with no experience who did pretty well for himself about a decade ago … I forget his name, though.

At any rate, Harris, the Junior Senator from California, is the current odds-on favorite to nab the nomination in 2020. Conservatives are definitely taking her seriously; they’ve already kicked off their smear campaign in fine form, accusing her of anti-Catholic bigotry and indirectly supporting sexual harassment.

The man who probably should have won the Democratic nomination in 2016 is rumored to be considering another run in 2020. Even though Uncle Bernie is a bit too academic to galvanize the base, there are a lot of people who want to see Sanders get a crack at toppling Trump.

As much as I dread the prospect of eighteen months of hearing two old New Yorkers scream at one another, those debates would be classic TV.

The Most Popular Online Games of 2018

The world is devastated by the news that Britain’s Prince Philip, the Duke of Edinburgh, has died at the age of 99. Palace media confirms that the Duke has expired mid-day today, April 9th. The announcement did not contain any specifics on the cause of death. The United Kingdom will enter a state of national… END_OF_DOCUMENT_TOKEN_TO_BE_REPLACED

Who would have known that religious prophets would be among the most loyal supporters of former President Trump? In fact, it has been observed that the most conservative Christians may have been the right amount of push for Trump’s presidential win back in 2016. Since Trump’s election back in 2016, numerous self-proclaimed “prophets” have been… END_OF_DOCUMENT_TOKEN_TO_BE_REPLACED

President Biden falls and slips multiple times on the Airforce One Steps and PEOPLE ARE GOING CRAZY! What’s the big deal? Some people are hating, while others are making memes just for the fun of it. We are all human, aren’t we? Everyone’s expected to stumble some time in their lives. However, with the internet… END_OF_DOCUMENT_TOKEN_TO_BE_REPLACED