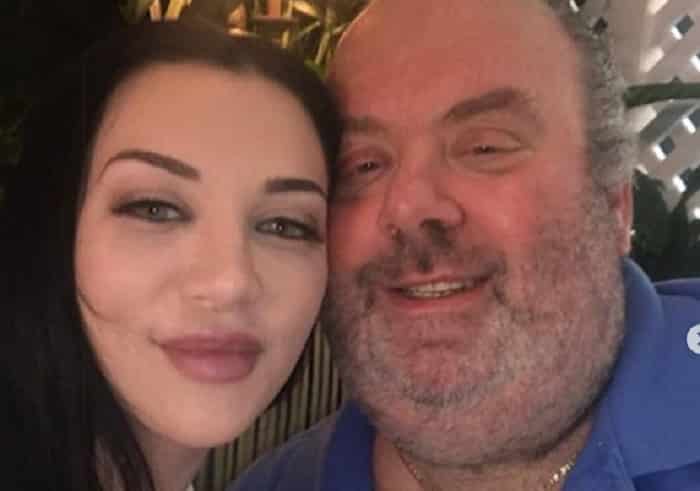 The economy really is that bad these days, huh? Sugar babies and their sugar daddies (or mommies) are becoming quite the norm among beautiful young people and their rich old catches. One woman even posted a tribute on Instagram about her dead sugar daddy who she claims is haunting her.

28-year-old Amanda Drago is a retired escort. There is no doubt that she is young and beautiful. Also, she was an ex-porn star who went by the name Melina Mason. Her most notable dead sugar daddy, Brad, passed away last year due to a disease. So Amanda held an online tribute for him and it has gone viral since she posted it:

Exactly one year ago, my sugar daddy Brad passed away. He was 47 and died because of a heart attack and untreated diabetes. We had an incredibly toxic relationship and ultimately I wish I never met him. As horrible as he was, I am sitting here and trying to dig up a good memory to remember him on this day. So here it is: Brad, you bought me my first pair of Louboutins, my first Birkin and my first and only race horse 🏇 You understood the value of my time and for that, I honor you with my time today by making this post for you. I still don’t forgive you for taking me out of the will after you attacked me while you were on whippets. However, you knew I would always be okay and yes….I’ve been living a double life this whole time with the guy you thought was my gay bodyguard and I’m also an author and serial entrepreneur. So, let’s call it even. I will finally visit you one of these days. Rest In Peace. PS please don’t haunt me again. -Demanda

As you can see, it shows off quite a lot of history between Amanda and Brad. It appears he has been haunting her for about a year now. Sure enough, their relationship was toxic and involved a drug-addled Brad. Amanda broke it off with him due to this and she claims that Brad retaliated by taking her off his will.

“We were texting the day before [his death]. He was going to send me to this spa and I was waiting for the money to hit my account,” said Amanda. But then, Brad never called back again and Amanda just found out that he was dead.

“When I saw him dead, I was shocked. I didn’t believe he was gone. This man — the bane of my existence — just up and died. Then I felt relieved,” said Amanda. The tribute was her closure since Amanda claimed that the dead sugar daddy kept haunting her through dollar bill tips (which was their “thing”) and coins being thrown around in her bedroom. Amanda firmly believes that was Brad.

What do you think? Was it really Brad that was, er, ghosting Amanda? Feel free to discuss in the comments.

Recent trends have reported that K-pop fans in the US are getting mixed in with current issues in politics. K-pop fan communities are using online platforms to rally up and protest against racism in the United States. In support of the #BlackLivesMatter movement, the online K-pop community has come together in protest. Never has it… END_OF_DOCUMENT_TOKEN_TO_BE_REPLACED

Just this week, lawmakers approved a bill establishing the District of Columbia (D.C.) as the 51st state of the United States of America. This is after multiple calls and protests from the citizens to finally consider D.C. as a state.  However, the bill is not out of the woods yet as it faces multiple oppositions… END_OF_DOCUMENT_TOKEN_TO_BE_REPLACED