The president said he would run America like a business. I guess we’re at the part where he normally declares bankruptcy and runs away. But for some reason, Trump seems to think that down the government is going to score him big political points. Nothing like forcing tens of thousands of government employees to go home without pay right ahead of Christmas time. Or vastly limiting government services available to the most vulnerable members of our society at the most vulnerable time to year. Not sure if you’ve heard, but Christmas isn’t a great time of year for people who have a harder time of life. Better still that he’ll be delaying their paychecks just as their credit card bills come due from the national pastime of a holiday spending spree. It’s marvelous that we have such a compassionate, caring chief executive to guide us through this difficult time in our nation’s history.

It’s possible that Trump believes he holds a bunch of cards, but he most certainly does not. We’re sitting on a lame duck Congress that’s about to roll over from pure Republican control to a Republican/Democratic split. All Senator Nancy Pelosi and Representative Chuck Schumer need to do is sit upon their hands and you’ll find that the Republicans will very quickly take the blame for this self-inflicted wound. And then when they sweep into town triumphant behind the radiant Alexandria Ocasio-Cortez and her masses of Twitter followers yearning to breath free, they’ll quickly find the shoe is on the foot they’d least like it to be on, to massacre a metaphor. What little noise they make now will be so many teardrops come to their inevitable, sweeping devastation in Election 2020, the year Someone Who Is Not A White Man wins. Soon, the R next to their names will be as honorable as Hester Prynne’s scarlet A.

And you know what caused all this fracas? The border wall. Yes, the wall that Trump insisted Mexico would pay for. The lie he told over and over again, a promise that anyone with two brain cells to rub together immediately recognized as utterly unkeepable. Even if Trump truly believed that he could convince Mexico to pay for its neighbor’s border security, any idiot off the street could tell you that Mexico wouldn’t pay for it, and if they did, they wouldn’t have much incentive to make it a very effective wall. You just don’t get other nations to pay for your signature legislative accomplishments, and the border wall is absolutely no different in that regard. Did Obama try to get Canada to pay for Obamacare because they have better healthcare laws? Of course not, because he’s a smart person. Trump infinitely dumber, of course. But other than that, it’s utterly identical.

Yup, this was all Trump’s idea, from wall to wall, literally. The myth of the impermeable, one hundred foot wall reigns supreme in the mind of the white supremacist. The idea that anyone could build any kind of wall that is completely impermeable to human passage is facetious. Consider the Great Wall of China, the wall to which Trump so often compares his non-existent border defense project. When Ghengis Khan decided to invade Beijing, he just drop his hordes around the side of it. All it did was slow him down. And if Trump thinks that he’s going to manage to keep the entirety of the United State’s southern border permanently secure, he’s got another thing coming. You know how Antioch fell during the First Crusade? One of the Crusader leaders, Bohemond I, bribed a gate guard to let a small contingent of his troops into the city. Then, they let in the rest of the Crusaders. Antioch fell to looting and pillaging as the terrified citizenry fled to the citadel, where fighting continued until the Crusaders were eventually victorious. 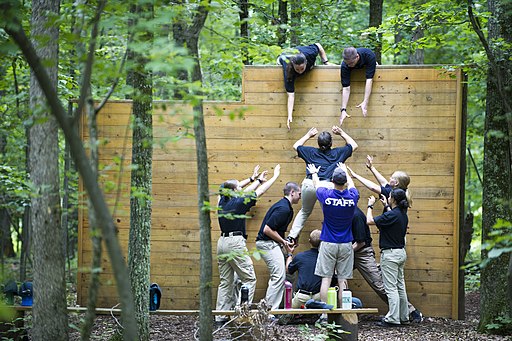 The lesson of history is that walls don’t work. They don’t keep out invaders, and they don’t keep prisoners in. It’s better to remove the incentive to climb the wall in the first place. Help Mexico and its Central American neighbors to become a place filled with economic opportunity, and you’ll quickly find that the tide of immigrants Trump images will be stemmed post haste. No wall required. No maintenance of the wall required. You don’t even need to pay a huge force of moronic border control officers, who have always been the lowest of the least qualified when it comes to federal enforcement service. They make the TSA look intelligent sometimes, and they can police as much as 100 miles from any border in the United States.

So when the government shuts down, you know exactly who to blame: the guy that declare bankruptcy enough times to fill out the filing papers in the half-asleep stupor with which he runs all of his affairs.