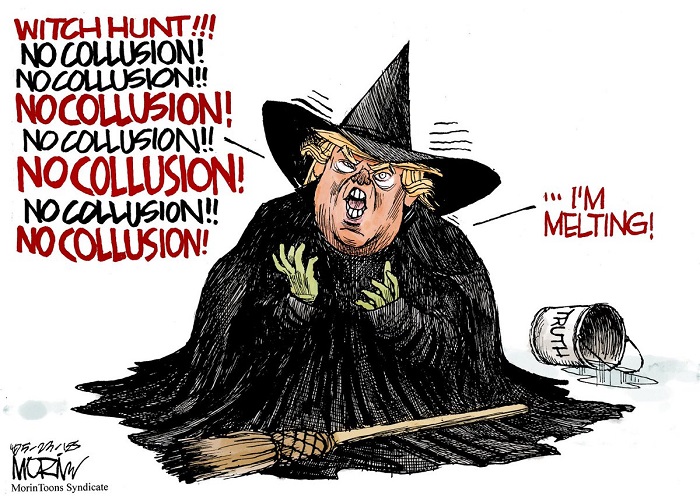 US President Donald Trump does talk a lot, too much even, and he is bound to step on some toes. Not surprising, really, considering the number of people he ends up offending in the past. This time around, he has offended a new group: real witches. All because of a certain negative connotation he put to the words ‘witch hunt.’

Well, technically, it is just one group of witches living in Washington, US. Still, it was a witch community called Firefly House. According to David Salisbury, one of the real witches, “many are mad, and the rest are rolling their eyes,” in their witch community. It seems Trump regarding probes and investigations of him and his cabinet as a ‘witch hunt’ is causing problems for real witches.

The witch hunt was a dark and murderous period in the history of real witches. It took place around the end of the 17th century where suspected practitioners were tortured and killed by the church. Now, for Trump to compare probes against him to the real witches’ darkest history is apparently hurtful to them and even to other witches.

The community then compared the demonization of their kind to Trump’s attacks on marginalized people, seeing that they themselves too. Real witches have actually done something about that as early as a year ago where they promised to cast a spell on Trump each month. However, Kitty Randall, a member of the said witch community, revealed that they have elected to not use magic against Trump.

9 Michael Cohen Memes That Show Just How Screwed Trump Is

Just this week, lawmakers approved a bill establishing the District of Columbia (D.C.) as the 51st state of the United States of America. This is after multiple calls and protests from the citizens to finally consider D.C. as a state.  However, the bill is not out of the woods yet as it faces multiple oppositions… END_OF_DOCUMENT_TOKEN_TO_BE_REPLACED

John Bolton’s new book entitled ‘The Room Where it Happened’ had been stirring up quite the attention since it was announced for release last week. Officially released only June 23, the new book seems to threaten the Trump administration as there had been moves to get it unpublished. The request was later on turned down… END_OF_DOCUMENT_TOKEN_TO_BE_REPLACED

Learning about the Juneteenth Holiday The Juneteenth holiday, celebrated every 19th of June, is a commemoration of the liberation of enslaved African-Americans in the United States. It was on the 19th of June 1865 when Union Army General Gordon Granger announced General Order No. 3 in Galveston, Texas officially emancipating slaves in the entire state.… END_OF_DOCUMENT_TOKEN_TO_BE_REPLACED