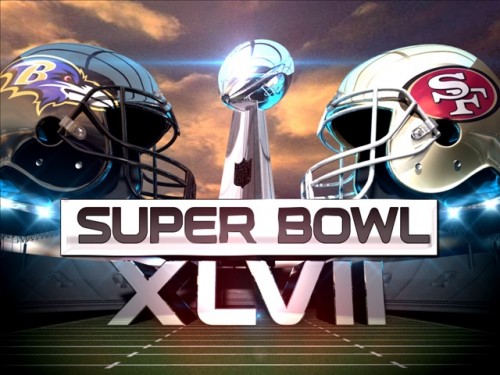 Post game analysis: What was everyone talking about online during Super Bowl XLVII?

A few days ago, we posted an infographic that broke down the social conversation heading into Super Bowl XLVII. Popular topics included Ray Lewis of the Baltimore Ravens, and 49ers coach Jim Harbaugh. Networked Insights, the folks who created the infographic, reached out to us again with updates on the Super Bowl social conversation as it happened during the game last night.

Also, your most tweeted hashtags during the Super Bowl last night were:

You can check out Networked Insights’ breakdown of the social conversation during Super Bowl XLVII below:

Will Smith disclosed in a podcast interview recently that he would “consider” running for president “at some point.” In an interview released Monday, the 52-year-old rapper told Crooked Media’s “Pod Save America”: “I think for now I’ll let that office get cleaned up a little bit. And then I’ll consider that at some point down… END_OF_DOCUMENT_TOKEN_TO_BE_REPLACED

Vaccination programs are currently on roll-out and countries that vaccinated for COVID-19 are talking. Questions are everywhere, and it is building up people’s anxieties about vaccination. How has the vaccine affected their population? Are the vaccines any good? Should we research more on newer vaccines? Can the vaccines kill the mutated virus? The answers change… END_OF_DOCUMENT_TOKEN_TO_BE_REPLACED

Texas Senator, Ted Cruz, received heavy criticism after taking a vacation to Cancun with his family in the middle of a crisis. The latest power crisis in Texas left hundreds of homes without electricity and water for more than 48 hours in negative degree weather. This has left the lives of many Texas residents in… END_OF_DOCUMENT_TOKEN_TO_BE_REPLACED