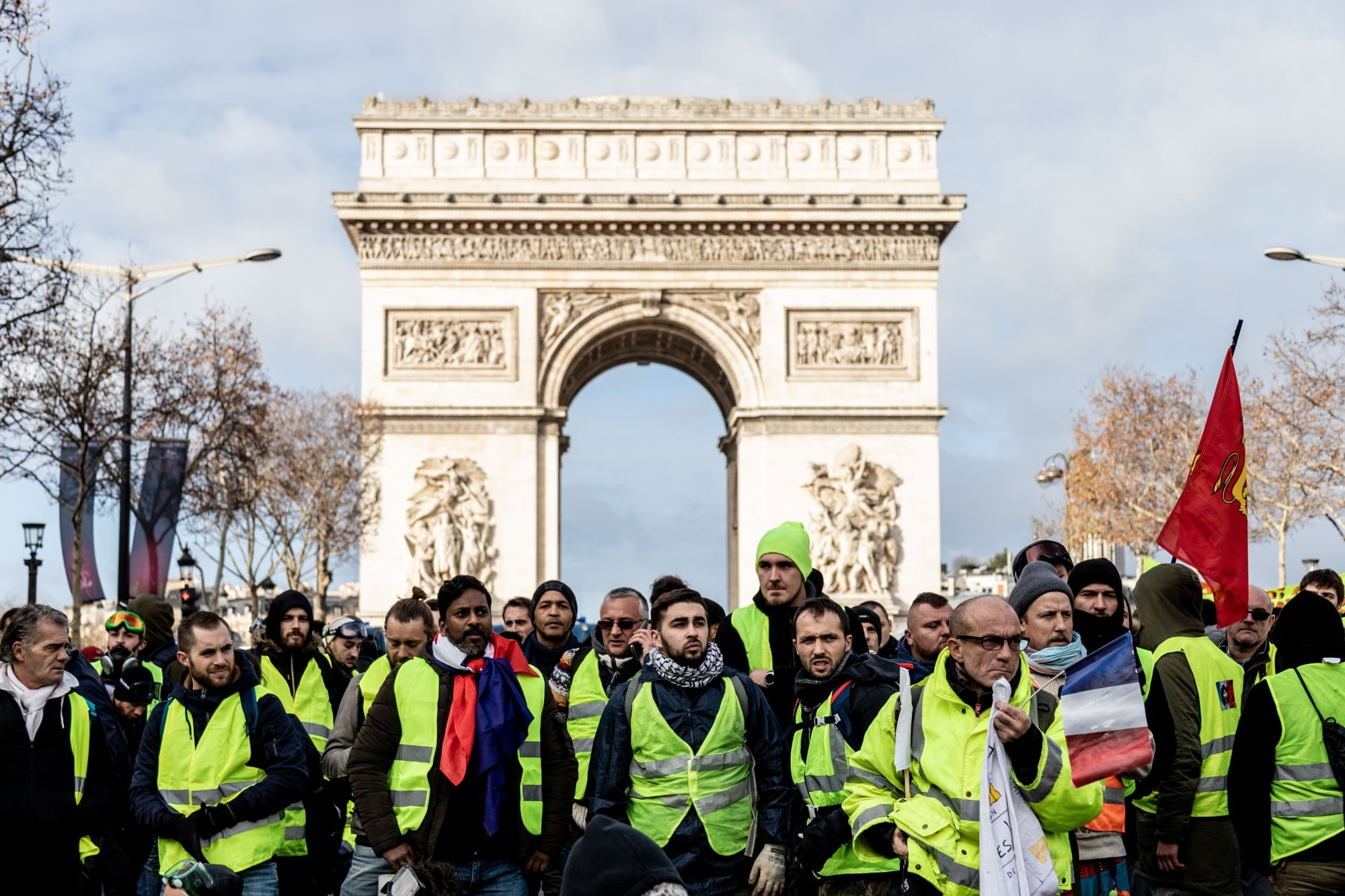 Things in Paris have been insane lately. The streets are full of protestors participating in a massive riot that is now being referred to as the Yellow Shirt movement. It would seem that they’re having major issues with President Emmanuel Macron, who recently decided to increase fuel taxes as well as making a number of other shitty changes in order to appeal to the country’s weather population. (Sound familiar?) Of course, President Donald Trump had to get involved by adding his commentary to Twitter and do his best to make the situation all about him.

In his tweet, one that has been ridiculed mercilessly since being written, Trump blamed the riots on the Paris Agreement. His arrogant delusions even led him to say that protestors were chanting for him, saying “We want Trump!”

The people of Paris were quick to dispute these claims, and some of their replies are just too good not to check out. Here are the best responses to Trump’s tweet claiming the French protestors were chanting for him.

The Video That Started It All

The rumor that rioters were chanting “We want Trump!” began with this video which was shared with captions claiming it occurred in France. Likely what started out as an intentional fake news bomb, got enough shares that it eventually made its way across Trump’s newsfeed, and he felt it was authentic enough to share with the world.

When The Video Actually Took Place

It didn’t take long for people to recognize that the video had obviously been taken in London, and captures a demonstration in support of far-right activist Tommy Robinson. Not only does it explain the double-decker bus, the city in the background, as well as the fact that everyone is speaking in English.

Now, here are the Twitter responses you’ve been waiting for:

1. Trump And His Onset Dementia

“Moving on to the next stage of dementia: audio hallucinations. #IdiotInChief”

There’s no doubt that Trump is mentally ill. It’s the only possible explanation for the things he does and says. At 72 years old though, dementia is a potential explanation as well. At least that would explain why he would believe French protesters would be chanting for him in English. Anyone who has been to Paris would know that they’re hardly fond of Americans, and to stumble upon a single person who would speak (let alone chant) in English is rare.

It’s certain that Trump lulls himself to sleep each night with fantasies of people throwing rose petals at his feet and cheering for him. Likely he has a crown on his head and several half-naked women by his side, hoisting him up on their shoulders. Unfortunately for Americans, he doesn’t seem to ever wake up from his dream life and expects us all to adore him this same way.

Sometimes all you need is a GIF to get your point across.

4. No One Is Asking For The Stable Genius

“This is the blueprint of #fakenews No one – literally, is asking for #StableGenius The protests have nothing to do with France taking their responsibility as a world citizen. When people discover the stripping of American middleclass and poor, there will be riots. For sure.”

The best part of this tweet is that they refer to the Paris Agreement as France’s responsibility as a world citizen. Of course Trump will never see it as that though.

“Literally no one is chanting that.”

An overwhelming number of comments on Trump’s tweet are from Americans telling him to go to France if they want him so much. On the other side of the conversation, there are the people of France telling him to stay. Poor Trump, no one wants you.

“What’s happening in Paris right now has nothing to do with the Paris Agreement. Perhaps you might be able to react to their situation instead of being a big bully.”

Better than him reacting to the situation like an adult, it would be nice if the president of the United States would check his facts before sharing things like this. Trump’s all about transparency but all he does is bullshit and lie.

“We want Trump? Seriously? How delusional can you get? NO ONE chants that here. The protests aren’t even about the Paris Agreement, they’re about taxes in general.”

While there are a few replies to Trump’s tweet setting the record straight about why the Yellow Shirt movement began, there aren’t nearly enough. You would think that since evidence has surfaced to dispute everything he wrote in his tweet that he would have deleted it by now.

“This might seem a bit off topic but do you think you’ll be tried in court as an adult or a juvenile?”

Even though Trump is technically a senior citizen, his mental capacity is comparable to a teenager’s at best. Activist and artist Julie Silver makes a good point in her tweet, however it would be far fetched for him to be tried as a juvenile in real life. Off topic, yes, but wishful thinking!

“The French would never say we want Trump – only because the French have a higher level of education and critical thinking than your base.”

Well, the American education system might not be something to brag about it’s this picture that really makes our country look bad. Seriously lady, Trump boner garage? At least the world gets a look at what kind of people voted for Trump and don’t judge the rest of us based on what he does.

The US arms sale industry is large and successful. More than 30% of exported weapons in the world come from the United States. They supply to no less than 90 nations making it one of the largest suppliers of weapons in the world. The US makes an estimate of almost 200 Billion dollars in annual… END_OF_DOCUMENT_TOKEN_TO_BE_REPLACED

Now that the election results are almost final, we all want to ask what’s going to happen to Donald Trump after leaving the office? All US Presidents inevitably reach the point where they leave the White House.  Besides, the constitution states that all US Presidents are subject to a two-term limit. What do former presidents… END_OF_DOCUMENT_TOKEN_TO_BE_REPLACED

This is the first time in modern history that the US held presidential elections in the middle of a pandemic. In truth, the US elections may have overshadowed COVID-19 and the side effects are limitless. America is facing a tough crisis of discontentment with the current administration. An understandable case but a situation that may… END_OF_DOCUMENT_TOKEN_TO_BE_REPLACED