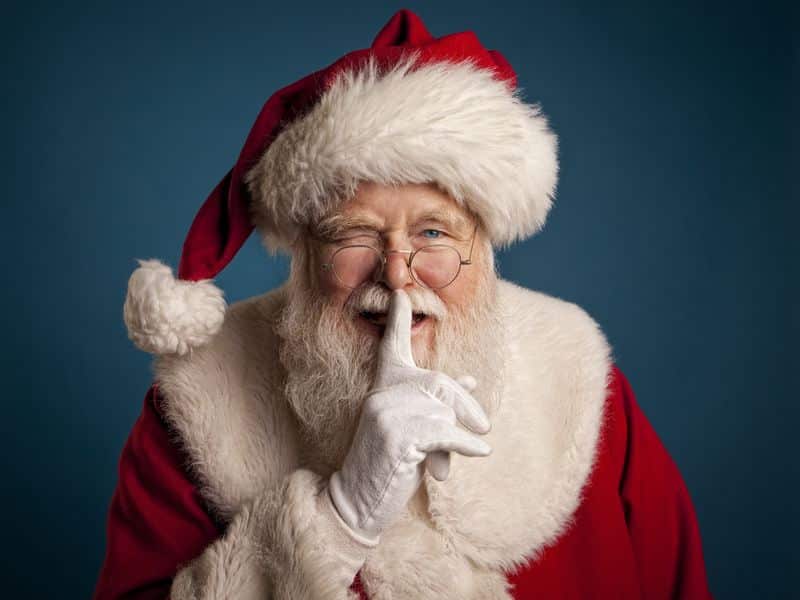 My god, Santa isn’t real? How could our parents lie to us? To make matters worse; apparently, telling that to children might get you arrested. So , and keep that depressing fact to yourself. Lest you might end up like one man from Texas who got arrested because he couldn’t keep it to himself and terrorized children by telling them “Santa isn’t real.”

Aaron Urbanski was not too fond of Christmas. He probably likes Halloween a lot better and thinks it is the best holiday of the year. So he decided to be a Grinch and unleash a nightmare before Christmas; by going around a church event telling children that “Santa isn’t real.” Urbanski was indeed, one naughty boy.

The said event, called “breakfast with Santa” took place at a St. Mark United Methodist Church in Cleburne, Texas. There, Urbanski and three others actually trespassed the church event. They went to protest where they kept shouting Santa isn’t real to children and the other guests. They were warned by the officials to leave, so two of them did, but Urbanski had such resolve to ruin Christmas.

“Do you let your kids believe in a fake Santa or do they know who Jesus is?” was one of the questions which the protesters asked the people at the event, recalled one of the mothers.

Got You Good, Bitch. GIF from Gotyou GIFs

Pretty soon, the cops were called to the church where upon arriving, the cops took Urbanski to the Johnson County Law Enforcement Center with a charge of criminal trespass. No bond was immediately set for him. On the bright side, Urbanski will have no trouble convincing his prison inmates that Santa isn’t real, plenty of naughty boys there.

Meat Shortage Expected To Happen This Christmas, Here’s Why

The Blood Test, The Swab Test, and The Saliva Test      Essentially, there are three general types of COVID-19 testing produced so far. One is the rapid test, the second is the saliva test and the other is the swab test. The rapid test (also known as the anti-body test) uses blood samples. The swab test… END_OF_DOCUMENT_TOKEN_TO_BE_REPLACED

The COVID-19 pandemic is one of the biggest modern pandemics known in history. Currently, there are more than five million confirmed cases in the world, with a total of 333,000 deaths. A total of 1.6 million of these confirmed cases are in the US alone. The world is currently in a race of finding a… END_OF_DOCUMENT_TOKEN_TO_BE_REPLACED

Despite concrete data and research, people’s opinions will always be diverse when it comes to a variety of topics including religion, politics, gender, and more. Denial is a common reaction to many important discussions and serious world events. The COVID-19 pandemic does not differ from any issues and is subject to opinions from critiques all… END_OF_DOCUMENT_TOKEN_TO_BE_REPLACED

Back in January, when the Wuhan, China coronavirus broke out, it didn’t make it to the front page of newspapers, in print or virtual form. Today, January feels like a lifetime away. Like it or not, people around the world have adapted to the new normal – staying at home, frequent hand washing, and social… END_OF_DOCUMENT_TOKEN_TO_BE_REPLACED

Since the beginning of the year 2020, the whole world has been stupefied by the rapid spread of a deadly coronavirus known as COVID-19. World superpowers in the West were unable to prevent the virus from reaching their borders. Because of this fact, the novel coronavirus COVID-19 became a world-wide pandemic no less than three… END_OF_DOCUMENT_TOKEN_TO_BE_REPLACED

For months since the start of 2020, the attention of the world has focused on immediate response efforts to contain and combat the novel coronavirus, also known as COVID-19. The deadly virus has pushed millions of people into isolation.  This kept people in their homes for weeks and months away from their work, their friends,… END_OF_DOCUMENT_TOKEN_TO_BE_REPLACED