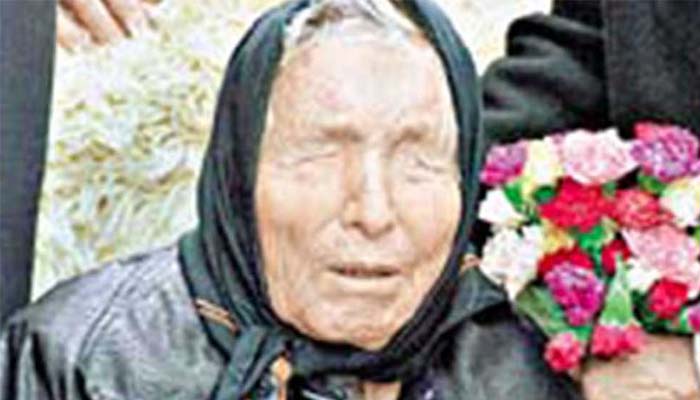 The “Nostradamus of the Balkans” who foresaw Brexit, 9/11, and the rise of ISIS has revealed her predictions for 2019, despite being dead forover 20 years.

Before her passing in 1996 at the age of 85, Baba Vanga – a Bulgarian mystic who rose to fame after prophesising the sinking of the Kurskin 2000 – regularly shared her predictions for the future.

Conspiracy theorists have long praised the clairvoyant’s alleged ability to foretell global events, from natural disasters to political upheaval, with an eerie number of her prophecies coming true.

And it appears she had plenty of predictions for the coming 12 months, many of which could be life-changing.

Once such prediction includes an assassination attempt on Russian president Vladimir Putin. Vanga suggested that the attack would be aninside job by a member of Putin’s security team, but did not confirm whether the politician would die.

Other examples include economic collapse in Europe, as well as mega-tsunami and a meteorite landing in Russia.

Donald Trump is apparently also at risk, with Vanga predicting the President will contract an unknown illness, resulting in brain trauma and the loss of his hearing.

Vanga’s life story was as mysterious as her predictions. Born Vangelia Pandeva Dimitorva, she was already a star in her native country at thetime of her death. Vanga was said to have been blinded after getting caught up ina tornado as a child, and spent most of her life in the Rupite area of the Kozhuh mountains.

She is said to have foretold hundreds of events over a 50-year period and accumulated millions of followers, with fans claiming she could doeverything from read minds to talk to aliens.

In 1989, she is said of predicted the terrorist attack on the Twin Towers, over a decade before it happened.

She said: “Horror, horror! The American brothers will fall after being attacked by the steel birds. The wolves will be howling in a bush, and innocent blood will be gushing.”

And in 1979, she claimed Russia would one day conquer the world, telling writer Valentin Sidorov: “All will thaw, as if ice, only one remain untouched – Vladimir’s glory, glory of Russia.

“Too much it is brought in a victim. Nobody can stop Russia.

“All will be removed by her from the way and not only will be kept, but also becomes the lord of the world.”

According to specialists, 68% of Vanga’s prophecies have come to pass. However, her followers insist it is 85%.